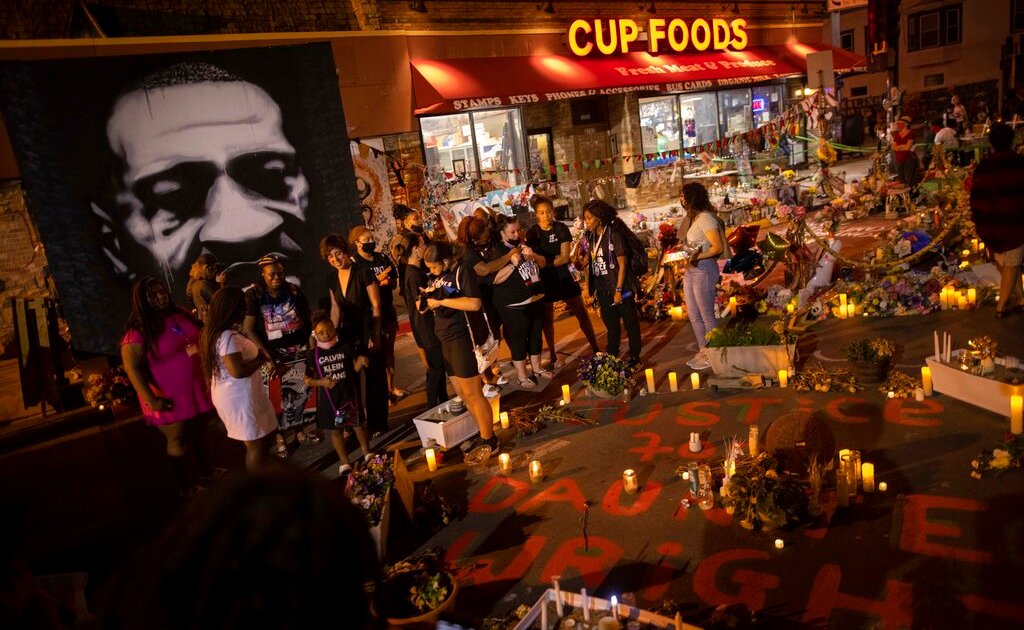 George Floyd two years on: some accountability but killings go on

Two years have passed since Minneapolis police handcuffed George Floyd’s hands behind his back, pinned him face down on the street and choked the life out of him.

Floyd, aged 46, was being arrested on suspicion of attempting to pass a counterfeit bill at a neighbourhood convenience store. On May 25, 2020, a white police officer knelt on his neck for nine and half minutes, cutting off oxygen to his brain as he cried out “I can’t breathe.”

Caught on video by a bystander, the incident sparked worldwide protests by hundreds of thousands of people that rocked politics in the United States and helped lift Joe Biden to the US presidency.

Standing alongside Floyd’s family members, Biden plans to sign an executive order at the White House on Wednesday adopting new standards for law enforcement. But rights advocates say little has changed in how police interact with Black communities in the US.

“For the two-year anniversary, it’s woefully underwhelming and not at all something that befits the memory of George Floyd,” Melina Abdullah, a Black Lives Matter grassroots organiser, told Al Jazeera. “We were hoping for something much more courageous.”

Amid continuing calls for justice and change, here’s a summary of what’s happened in the two years since Floyd’s death:

Derek Chauvin, the officer who choked Floyd to death, was convicted by a jury in Minnesota state court of unintentional murder and manslaughter. He was sentenced in June 2021 by the trial judge to 22 and a half years in prison. 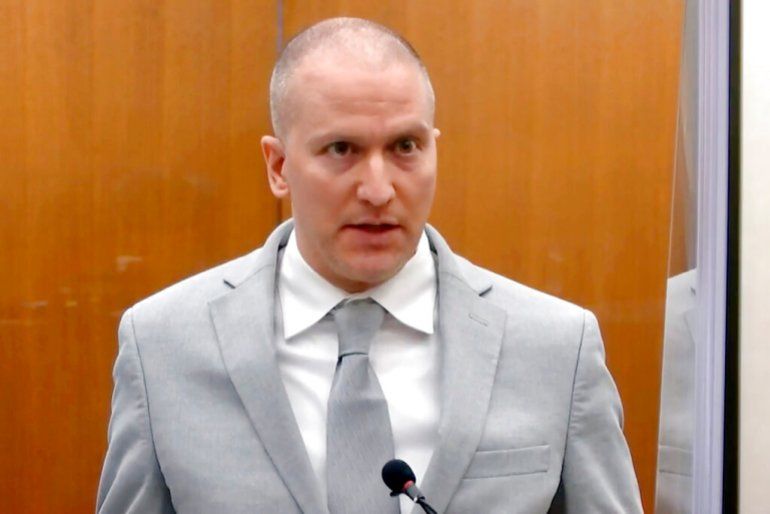 In April, 46-year-old Chauvin appealed his murder conviction, arguing that the jury was intimidated by protests and prejudiced by pre-trial publicity.

Chauvin pleaded guilty in December 2021 to federal charges of violating Floyd’s civil rights, averting a potential penalty of life in prison if convicted at trial. In February, a jury in federal court found the other three former Minneapolis police officers involved in Floyd’s arrest and death guilty of violating his civil rights.

Tou Thao, J Alexander Kueng, and Thomas Lane were found guilty of depriving Floyd of his right to medical care when Chauvin pressed his knee into Floyd’s neck even after Floyd had stopped moving or breathing. 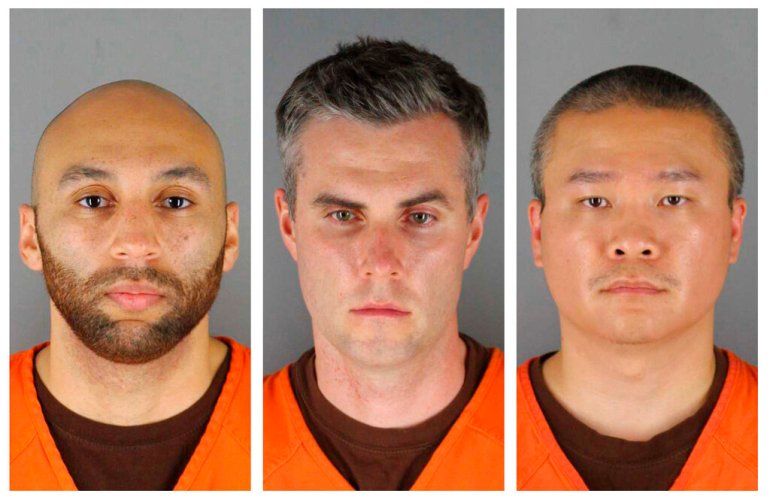 Lane has pleaded guilty to a state charge of aiding and abetting second-degree manslaughter in Floyd’s killing. He faces a sentence of up to three years in prison. Kueng and Thao are scheduled to go on trial in state court next month.

All four had been fired by the Minneapolis Police Department the day after Floyd’s killing.

In July of 2020, Floyd’s family filed a wrongful death lawsuit against the city of Minneapolis and the four officers, alleging his civil rights were violated and the police had used excessive force.

Nine months later, the city council agreed to a $27 million settlement with Floyd’s family and set aside $500,000 to improve the business district where he was killed.

“That the largest pre-trial settlement in a wrongful death case ever would be for the life of a Black man sends a powerful message that Black lives do matter and police brutality against people of color must end,” Floyd family lawyer Ben Crump said in a statement at the time. 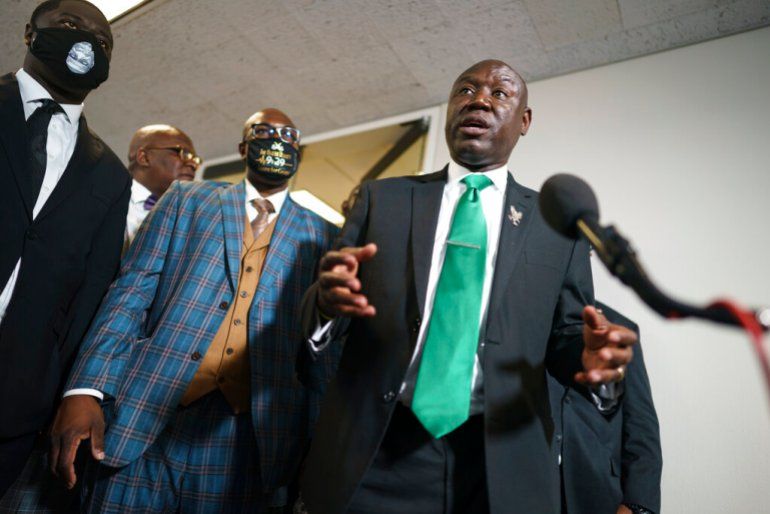 Over 10 years, US cities have paid $3bn to settle wrongful death and civil rights abuse claims, according to data analysis in 2021 by FiveThirtyEight.com and the Marshall Project.

These settlements are believed by experts to be indicative of a wider, unanswered problem because many victims of police abuse cannot sue. The judicial principle of “qualified immunity” prevents many officers from being held accountable in court.

The legislation was aimed at overhauling police and community relations by establishing national operating standards for police departments, mandating data collection on police encounters and reprogramming funds for community programmes. It would have opened the door to more federal prosecutions of police use of excessive force. 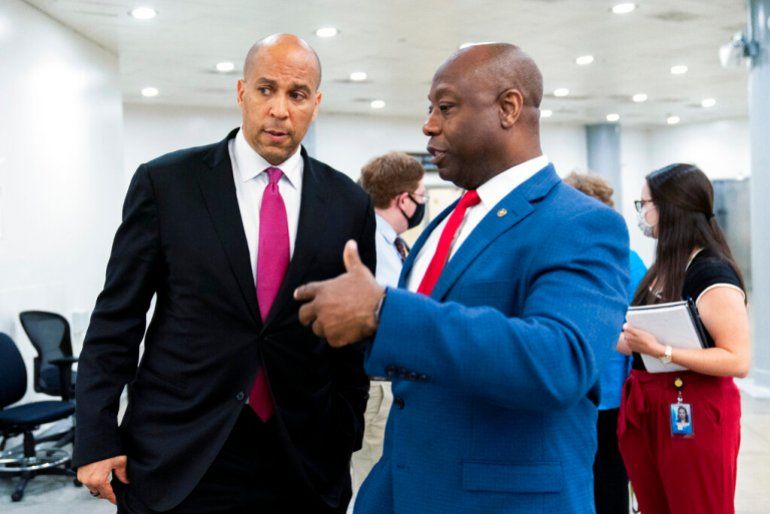 Senator Tim Scott, a Republican,  right, and Senator Cory Booker, a Democrat, were unable to reach a bipartisan deal on police reform legislation

But negotiations in the Senate between Democrats and Republicans fell short as Republicans refused to entertain key demands such as an end to “qualified immunity”.

Congress’s failure to produce reform legislation has left President Joe Biden with the option of issuing a presidential executive order that is expected to adopt stricter standards for use of force by federal law enforcement and establish databases to track police misconduct.

“We don’t know whether we are at a true inflection point, a watershed moment, that remains to be seen,” Arthur Ago, director at the Lawyer’s Committee for Civil Rights, told Al Jazeera.

But, “the continued engagement by the administration in DC issues shows that they haven’t given up on changing the way policing is done in this country.”

Reform advocates, meanwhile, have made progress at the state and local level winning passage of more than 140 accountability and reform bills, according to a New York Times analysis of data collected by the National Conference of State Legislatures in 2021.

Bills restricting or prohibiting the use of neck restraints like the one that killed Floyd were adopted in 16 states. Ten states passed laws mandating police use body cameras, and five restricted no-knock warrants.

“At the local level, there have been some really important changes,” Ago said.

Black Lives Matter, founded in 2013 and now based in Oakland, California, has evolved from a hashtag to a global network that is building a new organisational structure for the long haul.

In Minneapolis, an investigation by a Minnesota state human rights commission documented a pattern of racism in the Minneapolis Police Department. The US Department of Justice has also opened a “pattern and practice” investigation into the department. Both probes are likely to lead to court orders requiring Minneapolis to adopt changes.

Meanwhile, the killings of Black men by police continue.

In February in Minneapolis, Amir Locke was shot dead within seconds by a SWAT team executing a no-knock search warrant. In Grand Rapids, Michigan in April, Patrick Lyoya was shot in the back of the head at point-blank range after a traffic stop went awry.

“Two years after George Floyd’s murder, police violence is the norm and police killings are on the rise,” the Black Lives Matter foundation said in April when Lyoya was killed.

Locke and Lyoya are the latest examples of continuing tragedy. The year 2021 was one of the deadliest on record with 1,136 people killed by police in the US, according to Policeviolencereport.org, which tracks the data independently.