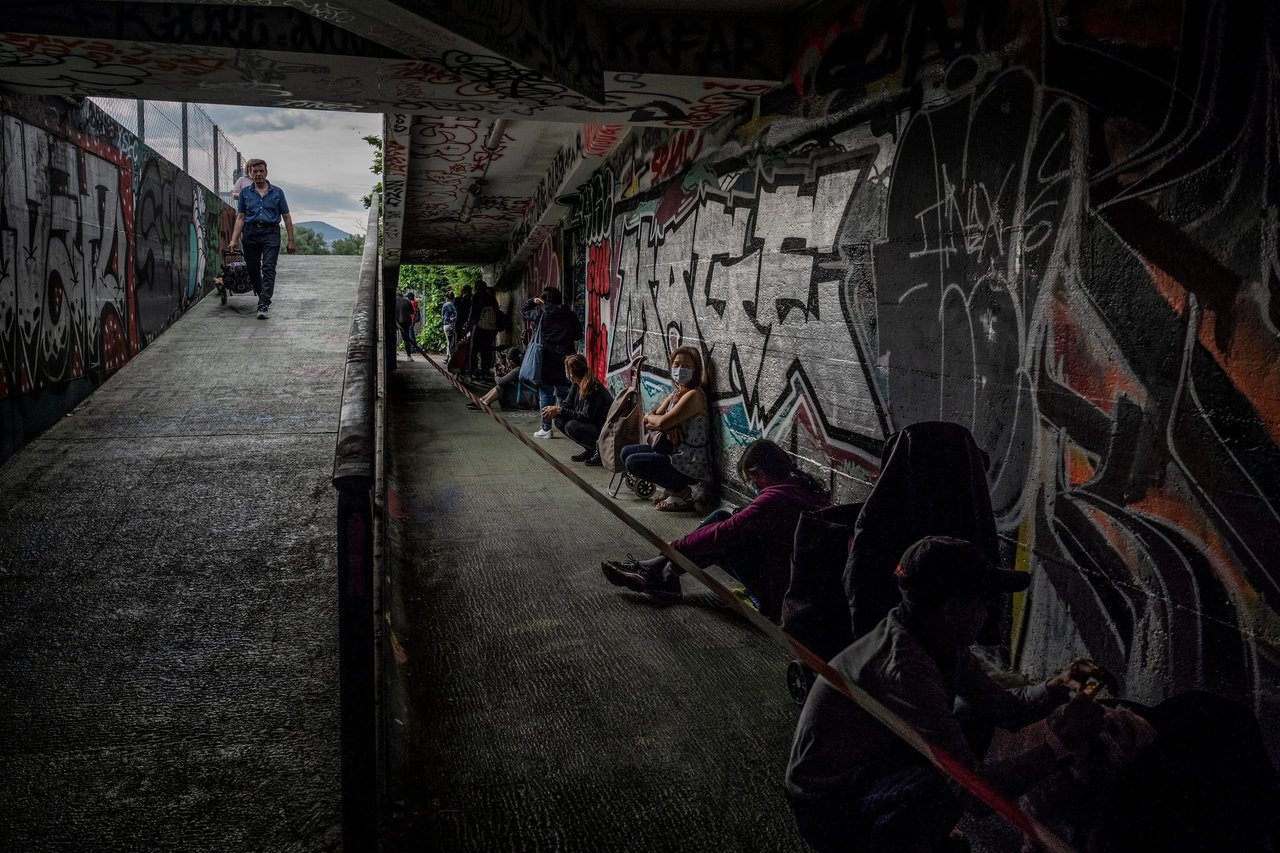 Geneva, Switzerland: Mile-long line for food forms in one of the world’s wealthiest cities

The Swiss city is best known for bankers, watchmakers and U.N. officials. But the virus has forced thousands from Geneva’s underclass to line up for hours for food aid.
By 4 a.m., more than 100 people stood waiting in the darkness outside the ice-hockey stadium.

By 7 a.m., the line stretched for more than a mile, heading north to the river, then west down the riverbank, then all around a sports center parking lot, then past the squash courts, the boxing club, the theater, under the Pont de Saint-Georges, before doubling back up a riverside corniche.

By early afternoon last Saturday, nearly 3,000 residents of Geneva, one of the world’s richest cities, had filtered through the stadium to receive a food parcel worth about $25. Some carried babies. Some were in wheelchairs. Some had waited for more than six hours.

Comprised of over 3,000 people living in one of the world’s richest cities, the line to collect $25 worth of food at an ice hockey stadium started forming at 2 a.m. last Saturday, according to the New York Times.

The majority of the people worked in hotels or as cleaners in homes and the city’s hotel industry which has been shuttered since the pandemic started. Most of them are undocumented immigrants and thus were unable to collect government benefits.

“If you wanted to pictogram Geneva, what would you put?” said Laura Cotton, a Swiss-British hospital decorator who volunteers at the stadium, to the Times. “Money, money, money. And, OK — cheese and chocolate. But COVID-19 has showed the flip-side.”
#COVID-19  #Covid
Add Comment