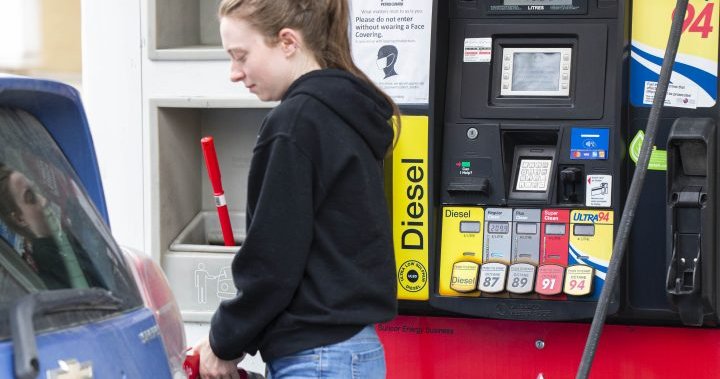 Hundreds of undoubtedly excited drivers were able to fill up on cheap gas in California when a Shell station manager accidentally misplaced the decimal on the gas price sign.

A decimal makes all the difference.

A gas station manager in Northern California learned this the hard way when he was fired after accidentally setting the gas price to 69 U.S. cents a gallon, equivalent to approximately 20 cents per litre.

According to an ABC affiliate local news station, John Szczecina, the manager of a Shell gas station in Rancho Cordova, Calif., mistakenly placed the decimal point in the incorrect location when pricing gas for the day.

The gas was intended to be priced at US$6.99 per gallon.

“I put all three prices on there, except the diesel. The last one kind of didn’t go. So, I just took responsibility for it and said yeah, it’s my fault,” Szczecina told KFSN.

According to CBS Sacramento, the gas was priced at 69 cents for three hours before the mistake was discovered.

Hundreds of undoubtedly excited drivers were able to fill up on the cheap gas. CBS reported many locals called their friends and family to share news about the unprecedented gas price.

Amid his termination from the gas station, a GoFundMe was created to help Szczecina pay for the lost profit.

KFSN originally reported the mistake cost the gas station $16,000 in losses (approximately $20,770 in Canadian funds). However, on the GoFundMe page, Paula Jackson — who writes that she is Szczecina’s sister — said the total was $20,000 (approximately $25,860).

The GoFundMe claims Szczecina is fearful of being sued by the gas station for the error.

Across the border in Canada, gas prices continue to spike.

According to CAA, the national average gas price on Wednesday was more than $2 per litre.