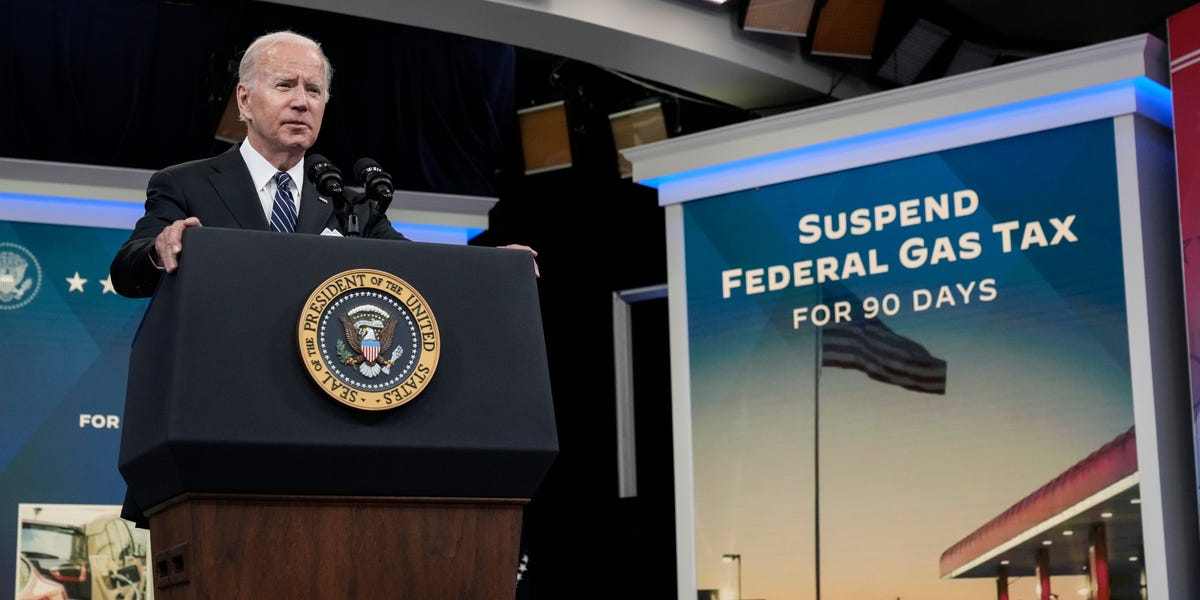 According to AAA data, the current average for a gallon of gas is $4.577. While that's still 37% higher than a year ago, it marks significant relief from early June, when the average pump price moved above $5 for the first time ever.

The losing streak is longer than any during the COVID-19 pandemic, and the Energy Department this week pulled back its forecast for fuel demand for July.

The trimmed outlook reflects how the earlier spike in prices weighed on Americans. Signs of demand destruction emerged early on this summer. In May, demand on a four-week rolling basis hit its lowest mark for that time of year since 2013, excluding 2020.

Now, consumers and investors alike are growing concerned about a recession, which has sent US crude prices below $100 per barrel.

Deutsche Bank analysts said that the markets have priced in a 100% risk of a recession before the end of 2022, even though in February most predictions had a downturn materializing in 2024.

On Wednesday, the International Monetary Fund said it would slash its annual global growth forecast this month for the second time since April as economic risks abound.

The recent drop in gas prices follows mixed efforts by President Joe Biden to try to bring them down. Last month, he proposed a federal tax gas holiday that has gained little traction, while his administration releases millions of barrels from the Strategic Petroleum Reserve.

Meanwhile, Biden is slated to meet with the de facto leader of Saudi Arabia today to discuss oil. However, Bloomberg reported Friday that Biden is set to depart the kingdom with no announcement on a deal to ramp up supply.
#Joe Biden  #COVID-19  #Covid
Add Comment