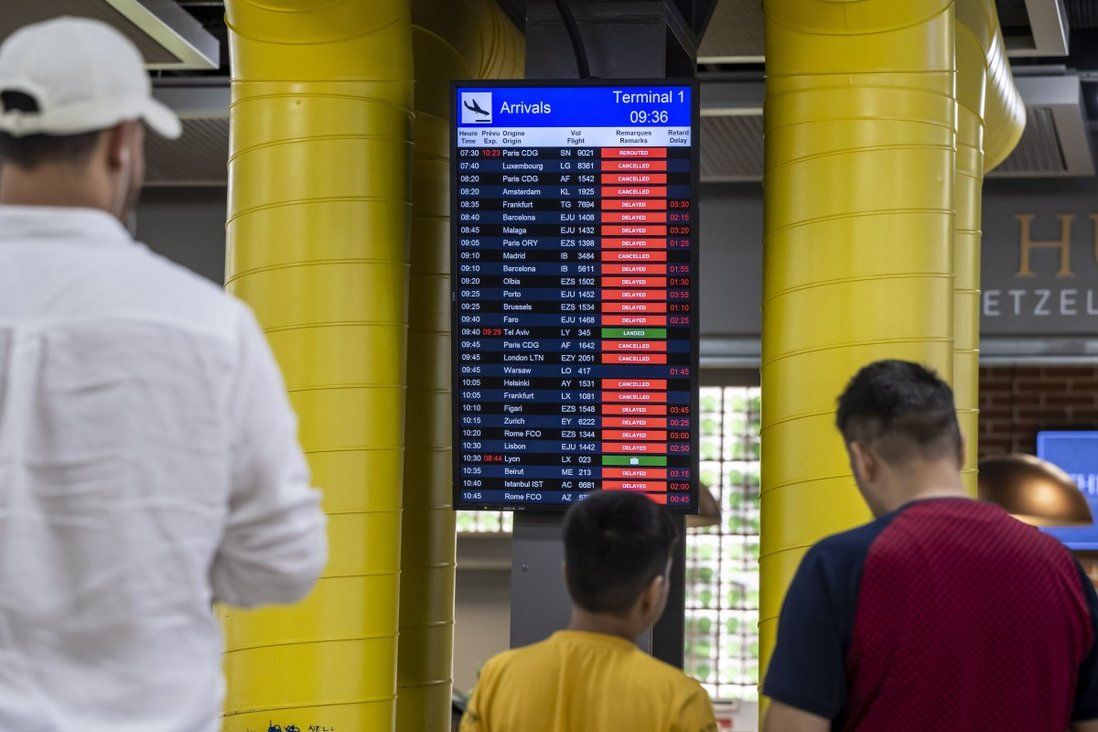 As borders reopen, travel has sprang back with such voracity that it’s resulted in an unprecedented labour crunch for the aviation industry.

Airline and airport executives spent the past two years trying to convince everyone it’s safe to fly during a pandemic, touting reduced touch points and hospital-grade filters. Little did they know how overwhelmed they’d be once travel came roaring back.

From Australia, where passengers are waiting for hours at Sydney airport to check in, to chaotic scenes in India and Europe, where Deutsche Lufthansa AG is cancelling hundreds of flights, the aviation industry doesn’t have nearly enough people to run operations smoothly, even as post-summer demand for travel is still unclear.

As countries reopen borders and Covid-19 curbs fall away, travel has sprang back with such voracity that it’s resulted in an unprecedented labour crunch, made worse by the pandemic-induced lay-offs of hundreds of thousands of workers, from pilots to cabin crew and ground-handling staff. Many are in no mood to come back but even if they were, scaling up at such pace is a risk for airlines and airports, with spiralling inflation and economic pressures putting a question mark over how sustainable the current demand really is. 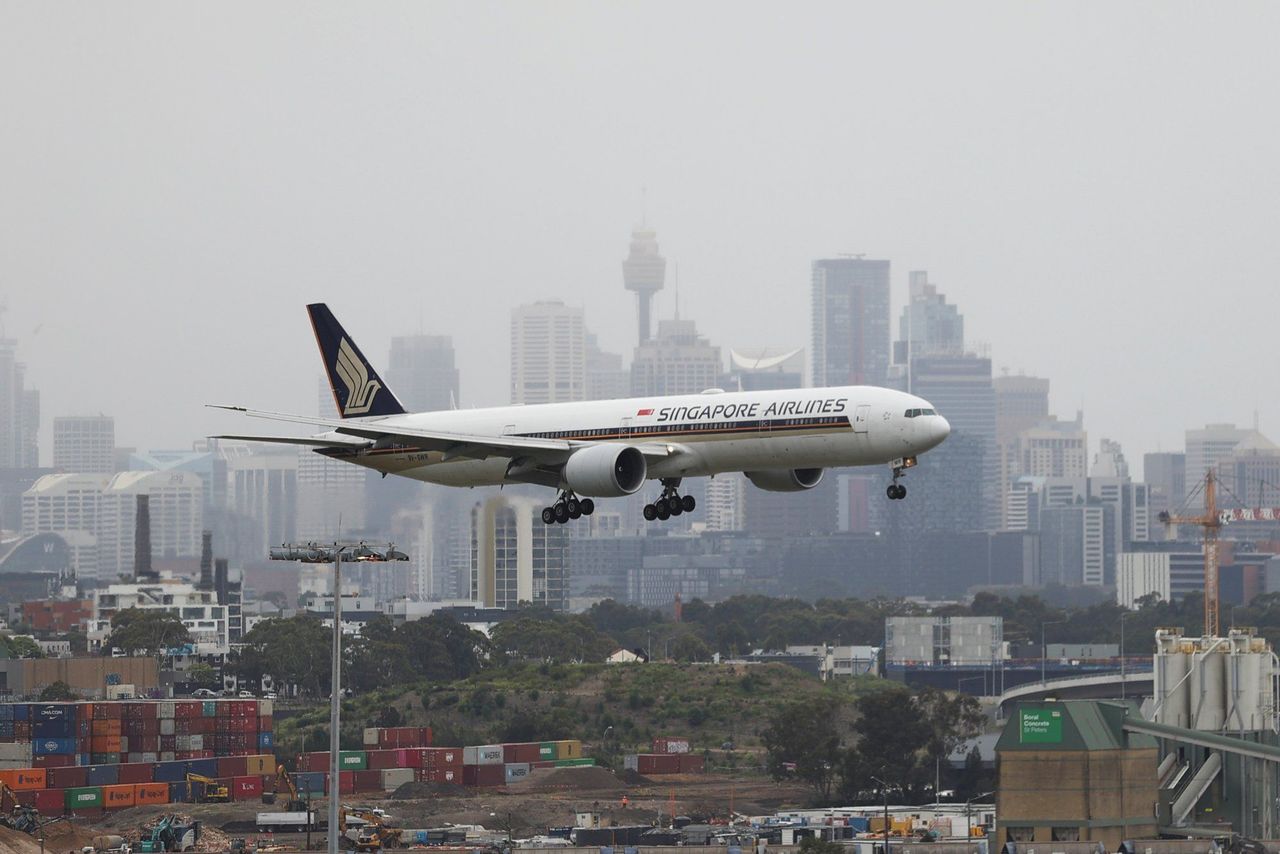 A Singapore Airlines plane lands at the international terminal of Sydney Airport.

“All airports and airlines are short staffed at the moment,” said Geoff Culbert, the chief executive officer of Sydney Airport, where almost half the 33,000-strong workforce lost their jobs during Covid-19. The aerodrome is furiously trying to rebuild, but “we’re not as attractive a place to work as before,” he said. “There’s still an element of concern around job security.”

Having lost their jobs because of the pandemic, many aviation-sector employees have moved on to other, less volatile careers and wooing them back is proving tough. Singapore’s Changi Airport is looking for 6,600 workers, from security to catering staff. One outfit, Certis Group, is offering a S$25,000 (US$18,000) sign-on bonus, about 10 times the basic monthly salary, for an auxiliary police officer role that would help with traffic and crowd control.

The severe staff shortage, sure to be a topic of discussion at the International Air Transport Association’s 78th annual general meeting that kicks off in Doha on Sunday, has led to delays, cancellations and extreme frustration for both airlines and travellers across geographies. The situation has become so bad that Ryanair Holdings Plc Chief Executive Officer Michael O’Leary called for help from British military personnel and Australia’s Qantas Airways Ltd. has taken to cajoling head office staff to work as airport volunteers during the peak July holiday period.

“The staff shortages mean that we are struggling to operate our planned schedule with the quality and punctuality we promise,” Jens Ritter, the CEO of Lufthansa, said in a LinkedIn post last week, apologising for cancelled flights in Munich and Frankfurt. “Many people have left the aviation sector during the pandemic and found work elsewhere. Now, our system partners such as airports and caterers are experiencing an acute staff shortage and are struggling to hire new staff.”

The security clearances required for airport work are also dragging on hiring. British Airways has some 3,000 potential recruits stuck in background checks while over at easyJet Plc, there are 140 crew trained and ready but who don’t yet have the necessary airside passes. 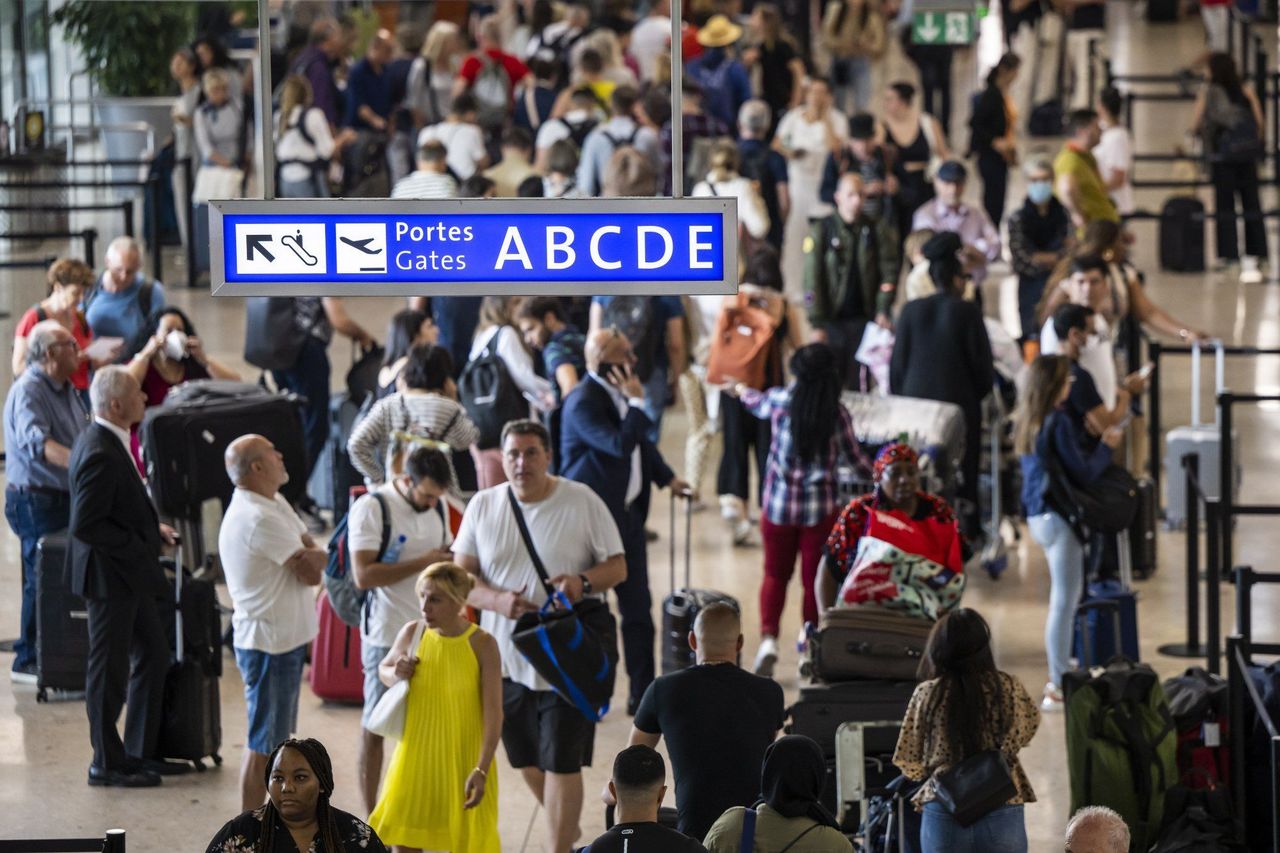 Travellers queue at Geneva Airport in Switzerland this week amid long delays caused by a technical glitch.

All that means it may take as long as 12 months for shortages to ease, according to Izham Ismail, CEO of Malaysian Airlines. “We see this predominantly, very clearly in Europe. We see this in North America. We see it in Malaysia,” Izham said at a forum in Singapore earlier this week. “I believe that stakeholders, policymakers need to work together to resolve all issues.”

How airlines and airports are managing varies from region to region. In Asia, airports have typically been more proactive when it comes to avoiding meltdowns, at times denying airlines permission to add new flights or asking them to reschedule, said Brendan Sobie, Singapore-based founder of consultancy Sobie Aviation. Other parts of the world are just hoping for a breather as demand holds, or even begins to wane.

“No market is immune to the manpower issues so any window to address these can be seen as beneficial,” Sobie said.

The need to play catch up was evident during a visit to Sydney Airport last Friday, the start of a long weekend. Queues to clear security for Virgin Australia and Jetstar flights snaked out the door. Beyond the security checks at a Toby’s Estate cafe, one barista said he’d made at least 300 coffees by midday, 50 per cent more than usual. People waited 20 deep at McDonald’s.

Behind the push to hire more staff, however, is a lingering concern demand may not last. Then airlines could face a problem of overcapacity – both in terms of fleet and manpower – if they bring all their idle jets back and hire aggressively. Air fares are already far higher than most travellers’ comfort levels, inflation everywhere is driving up living costs and there’s the definite possibility people may prefer to stay home or holiday domestically once the initial euphoria is over.

“After the Northern hemisphere peak travel months of June to August, the combination of accelerating return to school and work and the normal seasonal decline in demand will force air carriers to relax leisure and business fares, or risk further demand destruction,” said Robert Mann, the New York-based head of aviation consulting firm R.W. Mann & Co.

“Airline margins will deteriorate,” he said, meaning tough decisions will have to be made on “how much capacity can realistically be flown, especially midweek when business travel historically predominates.”