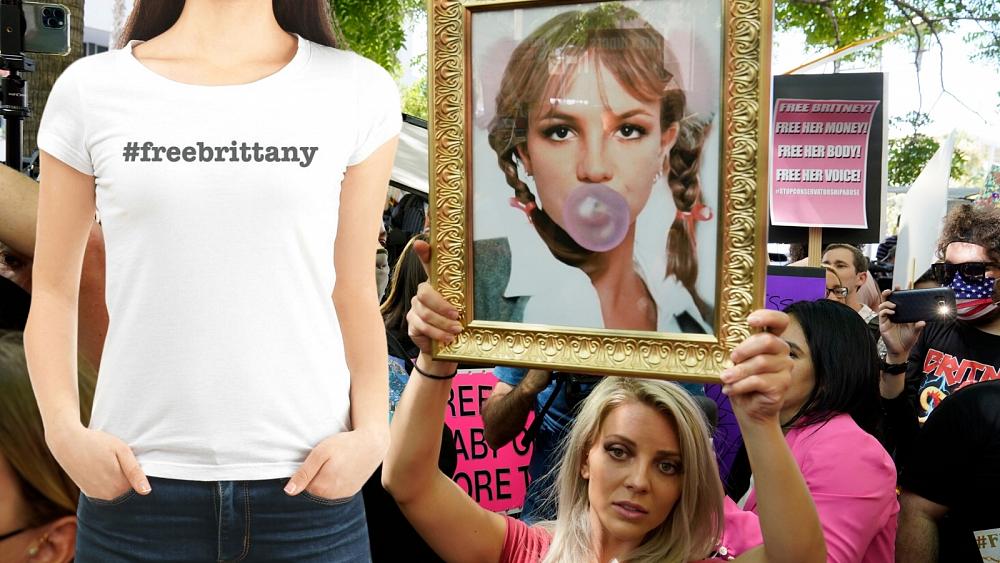 Though the error may seem amusing, it speaks to a larger problem with fast fashion and activism.

A man has been stuck with thousands of t-shirts saying #FreeBrittany on them following an unfortunate printing error.

Spears appeared before a judge in late June, appealing for her conservatorship to be ended. Since 2008, the singer’s father - Jamie Spears - has mostly had complete legal control over her estate, along with other aspects of her life and career.

Fans have rallied round Spears, launching the #FreeBritney movement, a campaign that seeks to end conservatorship abuse. 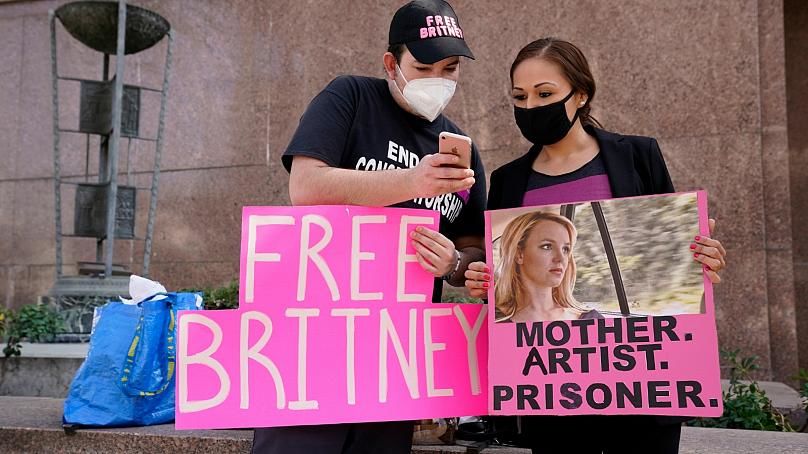 The #FreeBritney movement has garnered major support, as campaigners seek to raise awareness around conservatorship abuse.

Baxter saw an opportunity to profit from the case, making up merchandise around the movement, pledging to give a small portion (20 per cent) of the proceeds to the #FreeBritney campaign.

“After hearing and reading all about Britney's fight to end her conservatorship, I'd been interested in doing something to help fight the cause by appealing to my young customer's (sic),” writes Baxter.

However, the wholesale director has now been left with 10,000 t-shirts that incorrectly read #FreeBrittany - the name of France’s northwesternmost region.

Seeking to reclaim some of the costs which have been lost on this unfortunate venture, Baxter is now hoping to still sell the tops - discounted, of course, from €12.87 to €4.67.

“I'm now stuck with loads of stock that is unlikely to go anywhere,” he says, “so I’m appealing to any fans of the movement to invest in one.”

The t-shirts have been manufactured in Bangladesh from cotton, and Baxter claims to send all leftover stock (from other products too) to developing countries. His company says they never send stock to landfills or to be destroyed, instead adding, “there is always a way to recycle.”

Though this was undoubtedly an amusing error, it also raises questions over the use of mass-produced garments within activism.

The fashion industry is one of the world’s leading polluters, responsible for a tenth of all carbon emissions and consuming an estimated 100 million tonnes of oil every year.

With the average consumer throwing away 60 per cent of new clothes in the same year they are bought - it is fair to assume that garments associated with trending topics and campaigns are likely to be among the items being dumped.

“In the charity sector there is an ongoing in-joke about producing t-shirts instead of meaningful direct action to ‘raise awareness’ of a particular issue,” says journalist and fashion writer Frankie Leach, “and the #FreeBritney movement is no different.

“10,000 t-shirts aren’t doing the planet any good, particularly as most charity t-shirts end up in landfills as soon as there is a new crisis requiring a whole new set of tops.”

This is an issue faced by the music industry too, as merchandise for bands quickly goes out of style when a new album or tour is announced. Manchester-based band The 1975, who have previously collaborated with environmental activist Greta Thunberg, found an ingenious way to tackle merchandise waste.

The band pledged to stop making new t-shirts as it is “unsustainable”, instead inviting fans to “bring any old 1975 shirt or any band you love’s shirt” to be reprinted at their gigs for free.

When it comes to charitable causes, however, Leach argues that encouraging customers to donate directly to movements is a far better option than producing new garments from scratch.

“Exploiting a movement to make money by only donating 20 per cent of the proceeds to your chosen cause shows how asinine the whole process is,” she adds, “activists would be better off donating their money directly to a crowdfunder than this.”