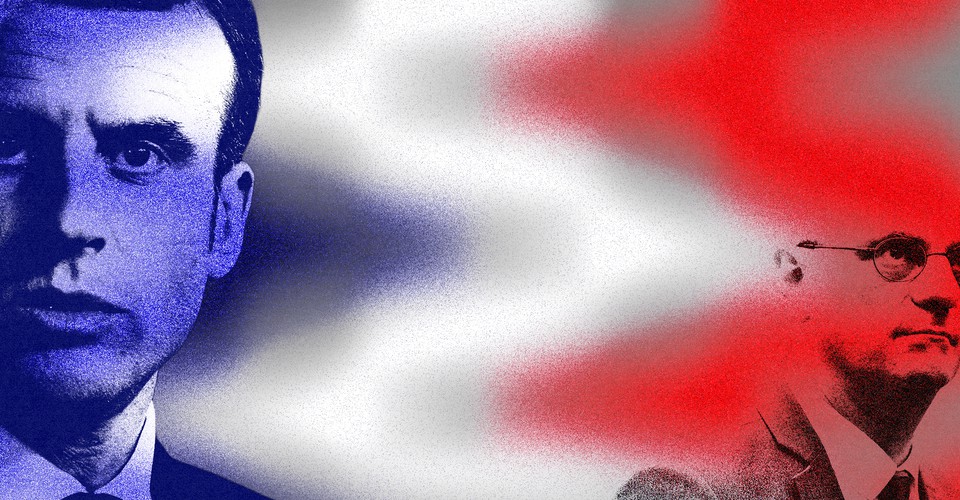 In the aftermath of recent terrorist attacks, the French government has introduced new legislation that threatens the very freedoms it vows to defend.
The beheading of the middle-school teacher Samuel Paty on October 16 by a young man enraged by Paty’s showing his class caricatures of the Prophet Muhammad by the satirical magazine Charlie Hebdo has prompted French President Emmanuel Macron to vow that France will never flinch in its defense of freedom of expression.

In the name of upholding the core values of the French Republic, however, Macron’s government and members of his party have introduced new legislation that effectively restricts them. Unless the proposed laws are modified or scrapped, France will soon be a far less free country than it is now.

Three new pieces of legislation aim to make the French more secure by restricting democratic rights. A bill that sets the research budget for French universities for the next decade, adopted by France’s Senate on November 20, targets student protests and took a stab at academic freedom. The bill includes a provision criminalizing on-campus gatherings that “trouble the tranquility and good order of the establishment” with a fine of up to 45,000 euros and a prison term of up to three years.

An amendment requiring that academic research hew to the “values of the Republic” was scrapped only at the last minute, after strong pushback by scholars who feared that its intent was to restrict freedom of inquiry.

Although that last-minute change is good news for academic freedom, the state is paying a dangerous amount of attention to the ideological bent of research undertaken in France. Education Minister Jean-Michel Blanquer has bemoaned the influence of American critical race theory on the French social sciences, blaming them for undermining France’s race- and ethnicity-blind universalism, and for giving comfort to “islamo-gauchisme,” or “Islamo-leftism.”

That term, coined by the French far right, blames progressive intellectuals for nourishing radical political Islam through their work on structural racism and Islamophobia. “The fish rots from the head,” Blanquer quipped.

A second piece of legislation, a global-security bill introduced on November 17, aims to give the police a freer hand. The bill has the backing of France’s unabashedly right-wing interior minister, Gérald Darmanin, who argued last week that “the cancer of society is the lack of respect for authority.” This is a rather stunning remark given that more than 49,000 French people have died of COVID-19 this year and more than 10 million will have been thrown into poverty by the end of December. Two of the bill’s provisions are of concern.

One criminalizes the publication or sharing via social media of images of police unless all identifying features are blurred, in effect prohibiting live-streaming, investigative reporting, and citizen accountability of police abuses. The other authorizes the use of drones to film citizens in public and allows footage from body cameras worn by police to be live-streamed to authorities. The bill has angered and alarmed the French press, as well as brought condemnation from the United Nations, France’s independent Defender of Rights, and Amnesty International.

Last Wednesday, after two journalists covering a protest against the bill were detained by police, Darmanin advised journalists who wanted to avoid that fate to present themselves to the local prefecture before heading off to a demonstration. The idea of journalists essentially preclearing their reporting with government officials produced such outrage that Darmanin promptly offered a minor revision.

But in an editorial on Friday, Jérôme Fenoglio, the editorial director of the newspaper Le Monde, wrote that there was no remedy but to scrap the provision entirely.

Fenoglio cited growing attacks on the press by Macron and his government, including blaming reporting by English-language news outlets, including The New York Times and The Washington Post, for “legitimizing this violence,” and he listed some of the more sensational police abuses exposed by ordinary citizens. To no avail: Discussion of the bill ended late Friday and it now moves to a vote by the National Assembly.

So much for the liberté part of France’s national motto, “Liberty, Equality, Fraternity”; the bill risks turning France into a surveillance state, in direct violation of citizens’ right to privacy, and one in which the police are immune to accountability by citizens or the press.

If all that weren’t bad enough, a third bill, designed to fulfill Macron’s vision for tackling Islamist radicalism outlined in an October 2 speech on “separatism,” is scheduled for consideration by his cabinet on December 9. Dubbed the “Confirming Republican Principles” bill, it would assign all French children a tracking number to enforce compulsory attendance in public or government-recognized schools, putting an end to homeschooling and unaccredited religious schools, and ensuring that all children are educated in the values of the French Republic.

The bill also criminalizes sharing identifying information about a public servant that could be used to inflict harm—a response to the fact that private information about Paty was shared on social media, allowing his assassin to track him down. The new offense will be punishable by up to three years in prison and a 45,000-euro fine.

Another provision would criminalize, and punish by up to five years in prison, “threats, violence or intimidation of a public official … for motives drawn from convictions or beliefs.” Some jurists fear the wording is so vague that it could be used to convict people for what amounts to justified criticism of a public official.France is embattled and bruised.

Mass unemployment, frustration with COVID-19 shutdowns, and fear caused by renewed terrorist attacks can only exacerbate unrest and division. All of which is a boon, of course, to the country’s populist far-right leader, Marine Le Pen, Macron’s likeliest challenger in the 2022 presidential elections. Macron’s strategy appears to be three-pronged: Impose harsh order, readying mechanisms to put down mass protests; tame critical reporting in the press; and co-opt some of the language and policies of the far right to steal enough voters to vanquish it.

In the process, the liberty that Macron so vigorously defends, and for which France has sacrificed so much, is being legislated away, bequeathing to a future, more authoritarian leader a powerful set of antidemocratic tools.
#COVID-19  #Covid
Add Comment