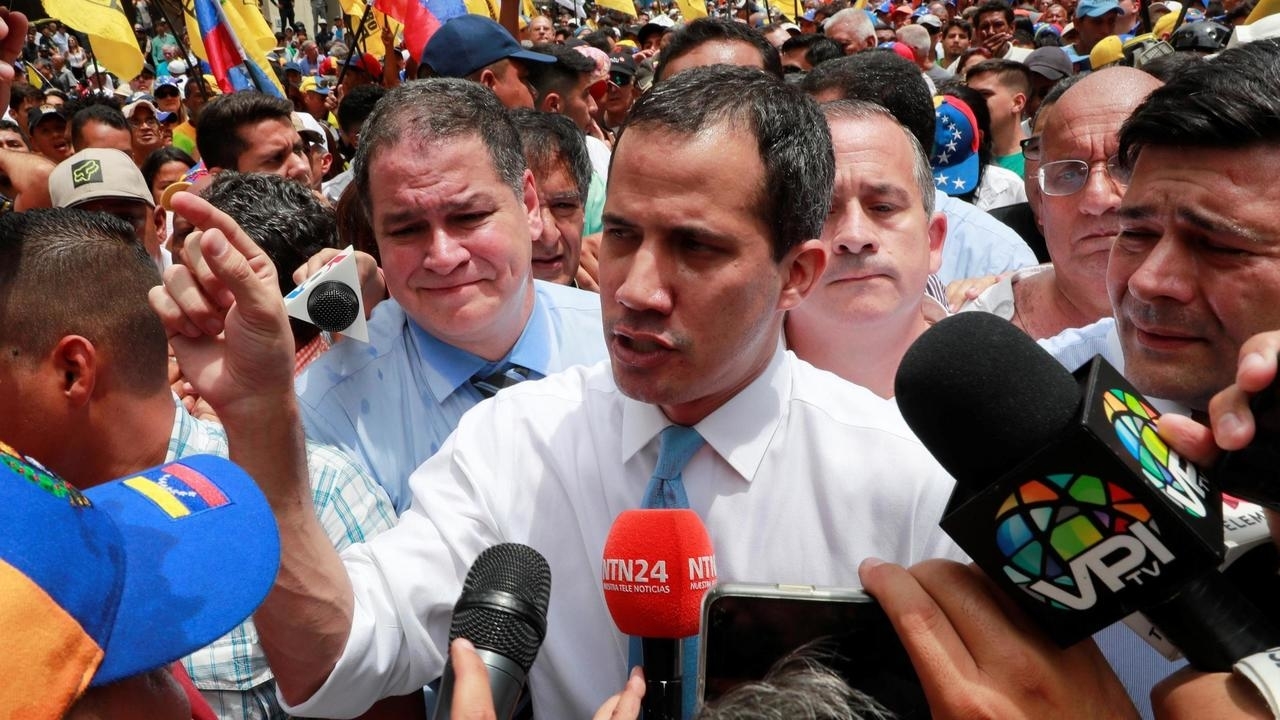 The French foreign ministry says Venezuela's opposition leader Juan Guaido, is not 'hiding' at the French embassy in Caracas despite government accusations.

France is one of 50 countries to recognize Guaido as the interim president, instead of incumbent Nicolas Maduro, re-elected in 2018 in what was described as a rigged poll.

"Juan Guaido is not at the French embassy in Caracas. We have already confirmed this information several times to the Venezuelan authorities," a statement from the Quai d'Orsay in Paris said.

This information was also confirmed by Guaido's special envoy to Paris, Isadora Zubillaga.

"Guaido is not in any embassy," she told Le Monde newspaper, "he doesn't need to hide because his people are with him."

"Those who should hide are members of the government," she said, referring to a reward of 15 million dollars posted by the United States, for the capture of President Nicolas Maduro's ministers, accused of drug dealing and support of terrorist organisations.

The announcement of Guaido's presence at the French embassy in Caracas comes just three days after President Maduro hinted that his rival was "hiding in an embassy", in a statement that the opposition leader immediately denied.

"They lie to you," Guaido wrote on Twitter, adding that he was "with the people."

Photos appeared on social media, showing Guaido holding video conferences with the National assembly over the country's oil crisis, but it didn't specify his location.

Maduro and his administration have previously labeled Guaido a "fugitive from justice" although there is no known arrest warrant against him.

"We cannot enter the premises of any country's embassy whatsoever, in this case Spain or France," foreign minister Jorge Arreaza said during a radio interview, adding that an arrest by force therefore "is not possible."

Arreaza made the comments when asked by a journalist about Guaido's supposed presence at the embassy, and another leading opposition figure, Leopoldo Lopez, at the Spanish ambassador's residence, where he has remained for more than a year.

"We hope that these governments will change their mind ... and deliver those who wish to escape Venezuelan justice," Arreaza said.

France and Spain are among the more than 50 countries that recognize Guaido as the interim president of Venezuela, after the country's opposition-controlled parliament branded Maduro a usurper over his 2018 re-election in a poll widely derided as rigged.

Lopez, meanwhile, has been at the Spanish ambassador's residence since emerging from house arrest in April 2019 to join Guaido at a demonstration to try to incite a military uprising against Maduro, which never materialized.

Diplomatic tensions between Paris and Caracas over treatment of the French ambassador have run high since early May, when Venezuelan police began guarding the street where he lives and water and electricity were cut off at the residence.