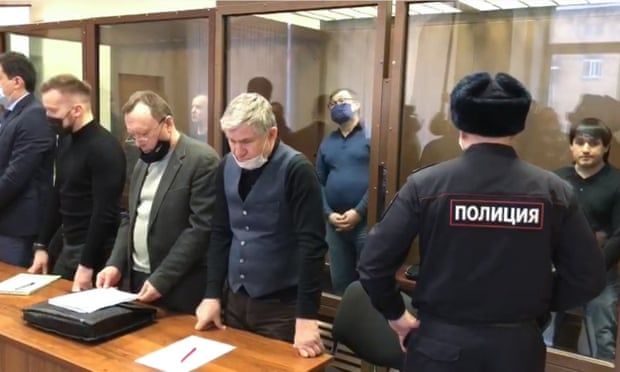 Drugs worth $62m (£45.5m) found in suitcases by authorities in South American country

A Russian court has sentenced four men to lengthy jail terms for trying to smuggle nearly 400kg (880lb) of cocaine in suitcases from the Russian embassy in Argentina.

Argentinian authorities seized the cocaine, worth $62m (£45.5m), hidden in suitcases in the Russian embassy school in 2018.

Two other men, who had reportedly tried to move the suitcases from a foreign ministry storage facility in Moscow, were sentenced to 16 and 13 years respectively.

The plot was foiled when investigators replaced the drugs with flour to monitor the gang in a joint Russian-Argentinian operation.

Kovalchuk was arrested in Germany in 2018 after going on the run, and extradited to Russia the same year.

The case caused controversy in Russia at the time, when media questioned contradictory official accounts of events. 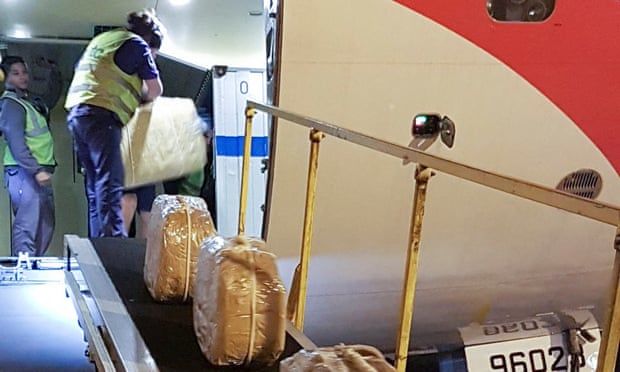 Suitcases containing what the gang thought was cocaine are loaded on to a plane.

Patricia Bullrich, Argentina’s security minister, said that the gang had sought to use the Russian diplomatic courier service to fly the cocaine to Europe. But when Argentinian police released images of a Russian aircraft used in the sting operation and bearing the number of security council chief, Nikolai Patrushev’s, plane, the Kremlin denied any of its fleet had been involved.

Argentinian investigators believe the cocaine – which they described as being very pure – was likely to have originated in Colombia or Peru.

The drugs were destined for Russia and, it is believed, for Germany, where Kovalchuk lived.

Russian and Argentinian police mounted the sting operation after the Russian ambassador told authorities of the drugs find in 2016.