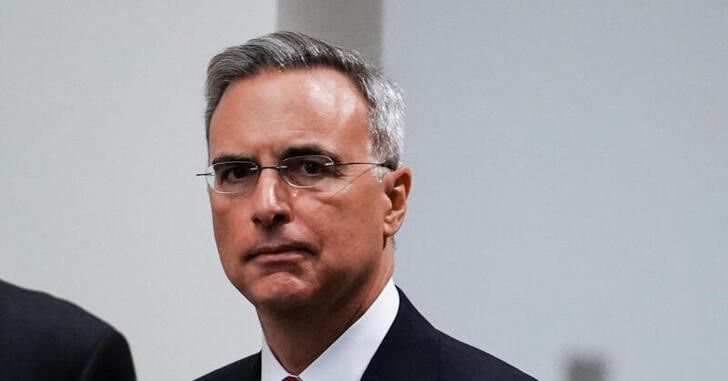 The two former top White House lawyers during the Trump administration are expected to appear before a grand jury on Friday that is probing events related to Jan. 6, 2021, attack on the U.S. Capitol, sources familiar with the matter said.
Pat Cipollone, the former White House counsel, and former White House Deputy Counsel Pat Philbin will appear as witnesses, after they were previously subpoenaed to answer questions that will assist with the Justice Department's ongoing investigation.

The anticipated appearance of Cipollone and Philbin, which was reported earlier by ABC News, will mark the most high-profile witnesses to date who have been summoned to provide testimony to the grand jury.

Others who have already previously appeared as witnesses have included Marc Short, former Vice President Mike Pence's then-chief of staff, and Greg Jacob, the former top lawyer in Pence's office.

The grand jury that convenes each Friday in the federal courthouse in Washington is known to be specifically probing a failed plot by Trump's allies to try and overturn the 2020 presidential election by submitting batches of phony slates of electors to the U.S. National Archives, according to copies of subpoenas seen by Reuters.

The fake elector probe is being overseen by Thomas Windom, a federal prosecutor who has otherwise maintained a relatively low profile.

The fake elector plot has featured prominently in multiple hearings of the Democratic-led U.S. House of Representatives committee probing the attack on the Capitol.

The Justice Department has since seized Eastman's phone and searched its contents, as part of the ongoing probe.

It has also seized the phones of Republican congressman Scott Perry, a Trump ally, and Jeffrey Clark, a former top Justice Department lawyer who also tried to promote a plan which entailed urging Georgia state lawmakers to convene a new session and submit alternate slates of electors on the false premise of voter fraud.

In recent months, the Justice Department has delivered grand jury subpoenas to numerous individuals who may have knowledge about the bid to submit the phony slates, as well as some of the individuals who signed the bogus certificates themselves.

In those subpoenas, prosecutors have asked for copies of documents from October 2020 related to "any effort, plan or attempt to serve as an elector in favor of Donald J. Trump and/or Mike R. Pence."

They are also seeking copies of communications between would-be electors and any federal government employees or any employees or agents of Trump, as well as communications with a long list of people including Giuliani, who promoted Trump's bogus claims of election fraud, and Eastman.
Add Comment