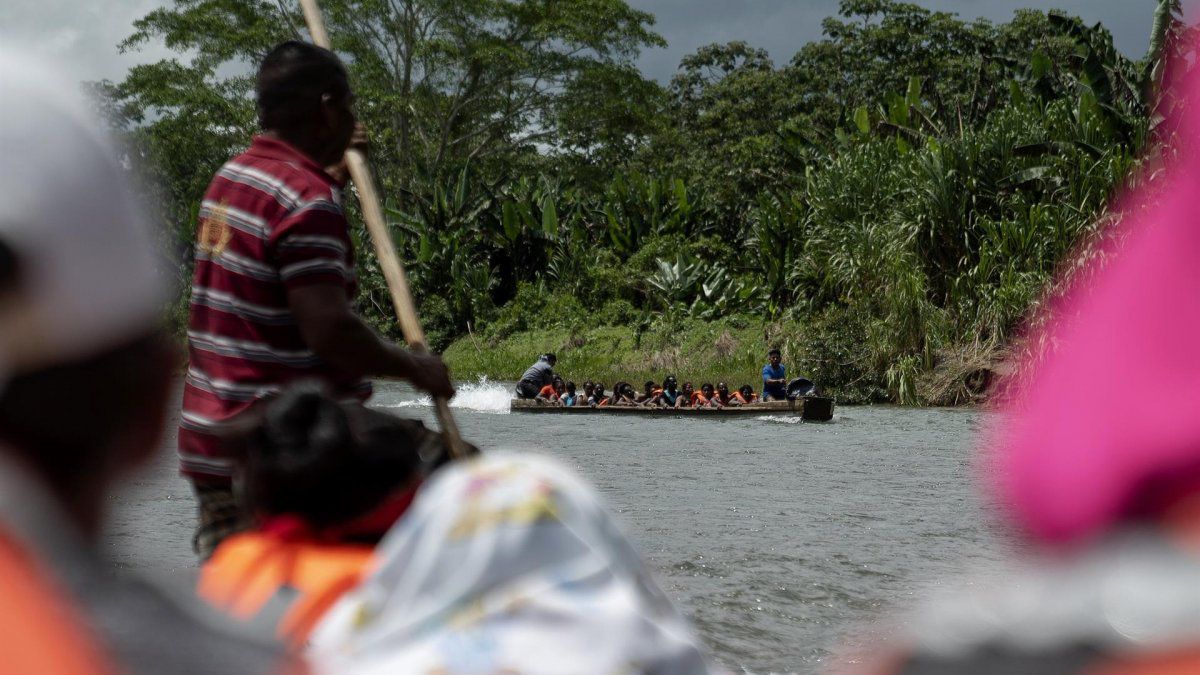 Panama and Colombia have registered irregular migrant smuggling. Thousands of people try to cross the dangerous Darien jungle to reach the United States.
A former member of the National Police of Panama was sentenced to 10 years in prison for the crime against Humanity in the form of smuggling of migrants.

The incident occurred on December 20, 2020, at the Tanara checkpoint in Chepo, when the convicted person was arrested in flagrante delicto, aboard a vehicle transporting three migrants; two of Haitian nationality and one Cameroonian.

In recent months, Panama and Colombia have registered an irregular trafficking of migrants, as thousands of people, who seek to reach the United States, try to cross the dangerous Darien jungle, where they are generally exposed to people engaged in human trafficking.

The hearing was conducted by the Prosecutor Betzi Marciaga G., who presented the probative elements of this case, achieving that the sentence agreement was agreed upon after the accused accepted responsibility for the acts for which he was accused.

The Foreign Minister of Panama, Erika Mouynes, reported that in recent days, peaks of up to 1,500 migrants a day were entering the country, "which exceeds our capacity and that of our neighbors," therefore a staggered quota was agreed with Colombia towards the drop from allowing the entry of 650 migrants until progressively reaching 500, "with specific days in which they can enter and the protocols with Costa Rica will be homologated."
#Erika Mouynes  #Costa Rica

Oh ya 63 days ago
How about following the law and send everyone caught back to their own country. Protect the borders from ILLEGAL invaders
View all comments (1)Add comment