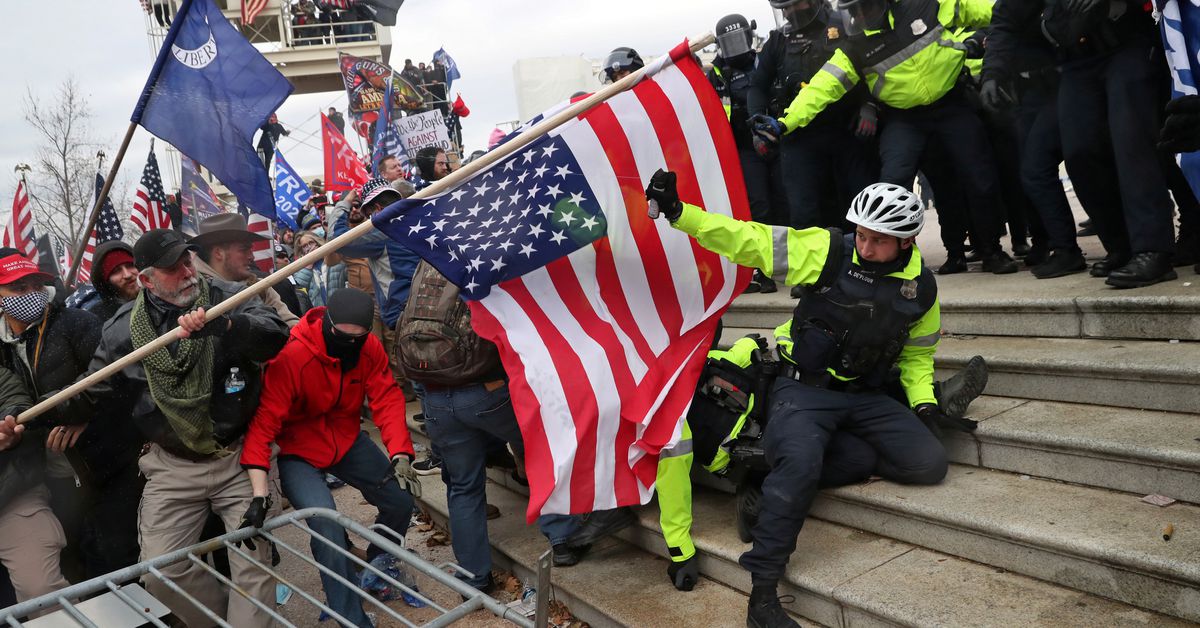 Former New York City police officer Thomas Webster, who assaulted police in the Jan. 6, 2021, attack on the U.S. Capitol, was sentenced on Thursday to 10 years in prison, the longest sentence yet handed down in a case related to the attack.
"The Defendant is sentenced to concurrent terms of 120 months," according to details of the sentence posted on the online portal page of the U.S. District Court for the District of Columbia.

Webster was found guilty in May of assaulting a Washington police officer during the riot at the Capitol by supporters of then-President Donald Trump. A federal jury in the District of

Columbia had rejected arguments that Webster was acting in self-defense when he struck the officer with a flagpole and tackled him.

"I too wish you hadn't come to Washington, D.C. I too wish you had stayed at home in New York ... that you had not come out to the Capitol that day, because all of us would be far better off. Not just you ... your family ... the country," U.S. District Judge Amit Mehta was quoted as saying by CBS News when he announced the sentence on Thursday.

Webster was also sentenced to three years of supervised release.

Webster was among thousands of Trump supporters who stormed the Capitol in a failed bid to block Congress from certifying President Joe Biden's 2020 election victory.

The Justice Department says it has arrested more than 860 people for crimes related to the breach of the Capitol, including over 260 who were charged with assaulting or impeding law enforcement.

Webster's lawyer, while arguing for a shorter sentence, had said his client had been under "an extraordinary amount of influence" from Trump's election falsehoods.
#Donald Trump  #Joe Biden
Add Comment