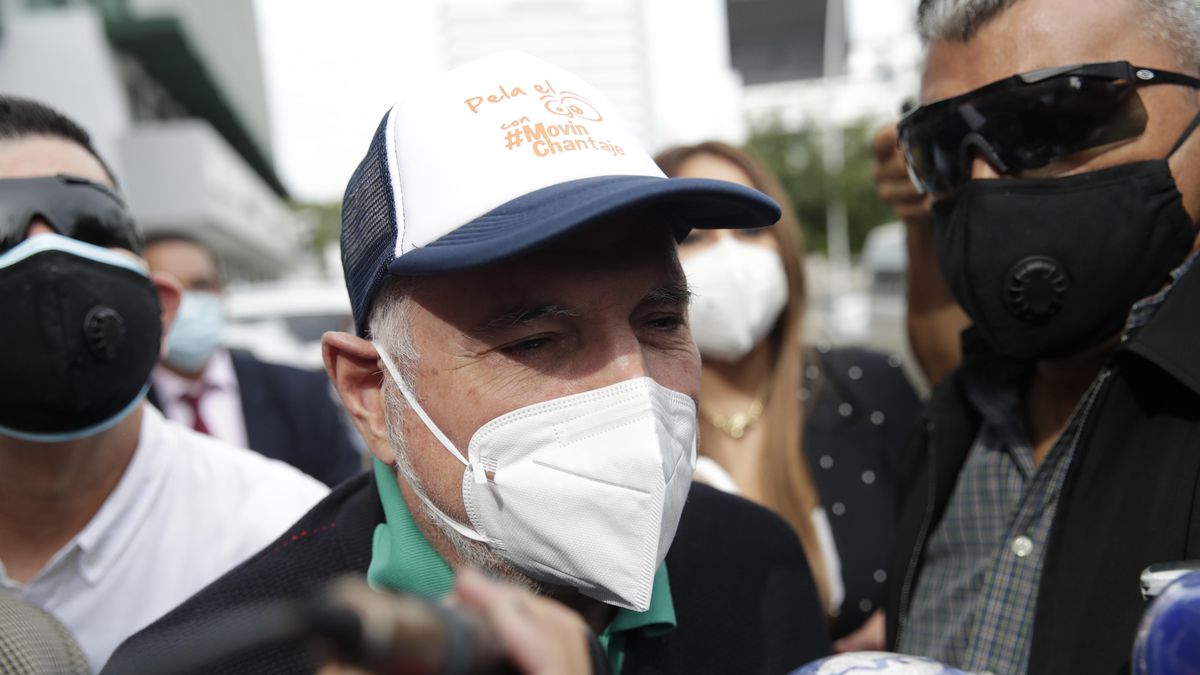 Former Magistrate Díaz: If the Pinchazos case is annulled, there should be no doubt that there is corruption involved

This statement arises after it was announced that the judge of the Court, Cecilio Cedalise, drew up a draft ruling that could annul the Pinchazos case.
In recent days the possibility that the Pinchazos case , which follows the former president of the Republic of Panama, Ricardo Martinelli, is annulled due to a draft ruling prepared by the Magistrate of the Supreme Court of Justice, Cecilio Cedalise, has caused a wave of reactions for and against.

The former magistrate of the Supreme Court of Justice (CSJ), Harry Díaz, referred to the issue in Telemetro Reporta and described this project as "a kicking of Martinelli's lawyers." As Díaz explained, "it is impossible, legally speaking, that they come out with an unconstitutionality , and if the annulment is given, there should be no doubt that there is corruption involved."

This draft ruling, which was initiated by an action of unconstitutionality filed by the lawyer Carlos Carrillo, seeks to declare the oral decision of July 2018, of the then Magistrate Judge of Guarantees Jerónimo Mejía, unconstitutional.

For Díaz, "these people do not understand decency or the administration of justice and are trying to get away with it to avoid conviction in the 138-15 case known as the Pinchazos case."

"Now they continue with the magistrates related to them, which they control. They tried to remove an unconstitutionality in something that is clear because there is already a ruling that was in the case of pardons where the Court in 2018 indicated that Article 488 # 4 It implied a suitable test and that with that many greater requirements were required than an ordinary indictment ... this is an act that occurs in the Public Ministry, not in the special cases processed by the Court or in the Assembly. In other words, an impeachment hearing has never been requested, "said the former magistrate.

He added that when the Court admitted the process, nine deputies did so and this process was communicated to the party and their defense, that is, they were aware that there was a process.

"So here you cannot invoke that the requirements of an accusation have not been met because with the appropriate evidence, with the admission by the Plenary of the Court and with the notification of this document, it is more than knowledge that he had a process, which is the purpose of the ordinary procedure, however, with the appropriate evidence, it means that you must have practically a strong evidence to get an accusation, "he explained.

In addition, the former judge Díaz affirmed that the process of the Pinchazos case was endorsed by the Court when the lack of jurisdiction was debated, and therefore it was validated, so that "it would be a total absurdity to try to say that the imputation requirement was breached" .

"As there are desperate people and money runs badly, one can never underestimate the power of the dark side and think that there are people, magistrates who should not even be there, who can come out with a declaration of unconstitutionality using the majority," he said Diaz.

In addition to this, he mentioned that the Court has already ruled amparos of the multiple appeals presented by the defense of the ex-president, and has said that no norm has been constitutionally violated.

"It is impossible, legally speaking, that they come out with an unconstitutionality. If that happens, do not have the slightest doubt that there is corruption involved," he concluded.

If Cedalise obtains the support of four other magistrates of the plenary session of the Supreme Court, the ruling would annul the process of the Pinchazos case that began in 2015 and which is currently in the trial phase in the Accusatory Criminal System.
#Pinchazos
Add Comment