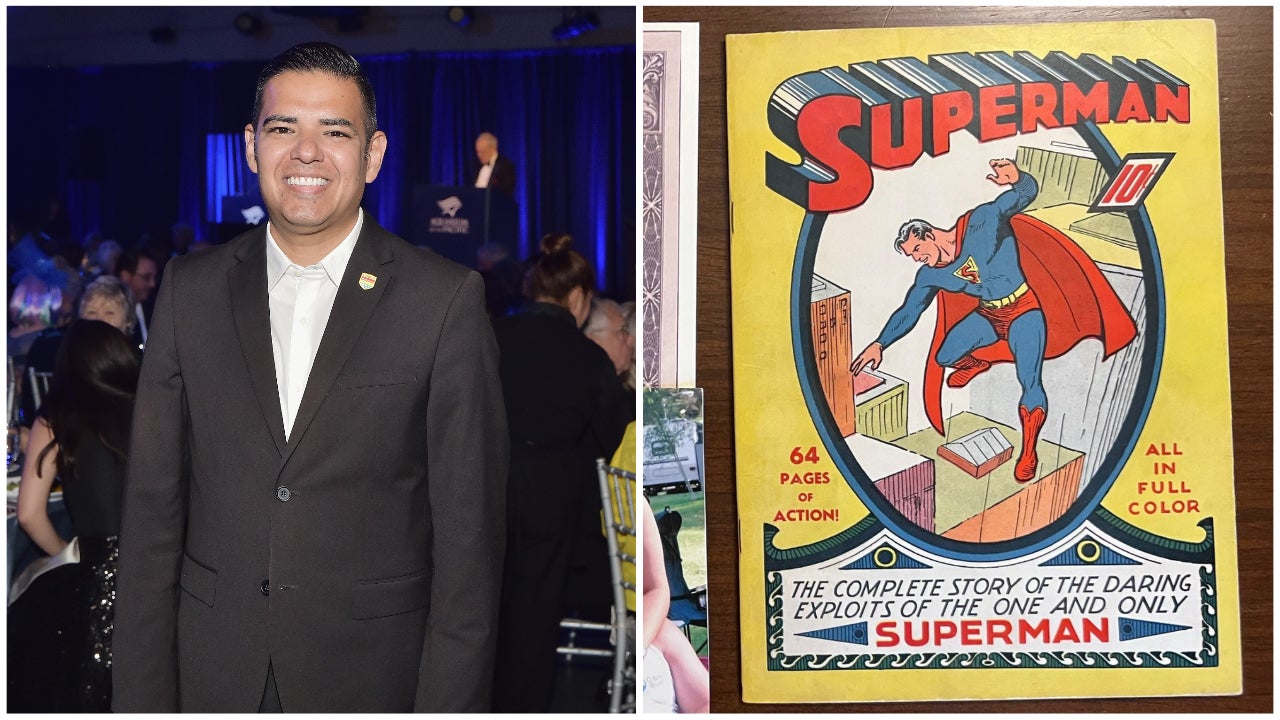 U.S. Congressman-Elect and former Mayor of Long Beach Robert Garcia has confirmed that he will be sworn-in to Congress on the U.S. Constitution alongside a photo of his parents, his citizenship certificate, and an original Superman #1 comic that may be worth around $5 million.
Garcia shared the news on Twitter with an image of the items in question, and he confirmed the original Superman #1 comic is from the Library of Congress.

“Will be proudly sworn-in to Congress on the U.S. Constitution. Underneath the Constitution will be 3 items that mean a lot to me personally. A photo of my parents who I lost to covid, my citizenship certificate & an original Superman #1 from the @librarycongress.”

While we don't know the exact value of this particular comic print, another copy that was graded CGC 8.0 Universal was privately sold in January 2022 for a record $5.3 million.

Garcia may have been tipping his hand in November when he tweeted out from the Library of Congress, which contains the largest public comic collection in the country. In the tweet thread, Garcia shared an image of the Superman #1 comic and the first comic to feature Spider-Man — 1962's Amazing Fantasy #15.

The Congressman-Elect also wrote a few words about the importance of comics in response to those "upset" he still reads them.

"For all of you upset that I still read comics and suggesting that I need to do more serious reading…..um…….anyone who understands comics knows that comics are an essential part of American fiction. And the lessons learned are invaluable. It’s serious shit," Garcia wrote.

Garcia serves as a U.S. representative for California's 42nd congressional district and served as the Mayor of Long Beach, California from 2014 to 2022. He was the city's youngest and first elected Latin American and openly LGBT mayor in Long Beach's history.
#Covid
Add Comment