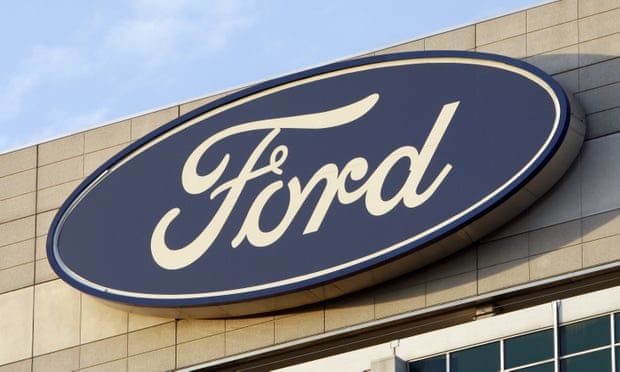 Ford to appeal $1.7bn verdict against it in Georgia truck crash case

Civil suit centering on what was argued to be defective roofs came after couple killed when vehicle rolled over
The US automaker Ford has promised to appeal a $1.7bn verdict leveled against it in connection with a pickup truck crash that killed a Georgia couple, a manufacturer representative said on Sunday.

Jurors in Gwinnett county, just north-east of Atlanta, returned the verdict late last week in a yearslong civil case centering on what the plaintiffs’ lawyers argued were dangerously defective roofs on the Ford pickup involved in the crash and other vehicles like it, lawyer James Butler Jr said Sunday.

Melvin and Voncile Hill were killed in April 2014 when their 2002 Ford F-250 crashed and rolled over. Their children, Kim and Adam Hill, subsequently pursued a wrongful death lawsuit against Ford.

According to the Hill family’s attorneys, the plaintiffs pursued the litigation in hopes of warning motorists about the trucks’ roofs. Ford defends its products’ quality and plans to appeal, seeking to reduce the amount of the fine, if not wipe it away entirely.

“An award of punitive damages to hopefully warn people riding around in the millions of those trucks Ford sold was the reason the Hill family insisted on a verdict,” the plaintiffs’ attorneys said.

On Thursday, a day before the verdict was delivered, the jury awarded the family of Melvin and Voncile Hill $24m in compensatory damages. According to the family’s attorneys, the jury allocated 70% of the blame to Ford.

The other 30% of blame was allocated to Pep Boys, an automotive service chain that the jury said installed the wrong-sized tires on the Hills’s truck, resulting in the accident.

Additionally, the jury determined Ford had sold 5.2m “Super Duty” trucks with weak roofs that would crush people in rollover accidents. The manufacturing flaw was in all “Super Duty” models made between 1999 and 2016, the family’s attorneys said.

“While our sympathies go out to the Hill family, we do not believe the verdict is supported by the evidence, and we plan to appeal,” Ford said in a statement to the Associated Press on Sunday.

Nonetheless, Butler insisted that the evidence in the case was stunning. “I used to buy Ford trucks,” he said on Sunday. “I thought nobody would sell a truck with a roof this weak. The damn thing is useless in a wreck. You might as well drive a convertible.”

In closing arguments, lawyers hired by Ford defended the actions of the US car manufacturing firm as well as its engineers.

William Withrow Jr, representing the Michigan-based company, said it was wrong to suggest “that Ford and its engineers acted willfully and wantonly, with a conscious indifference for the safety of the people who ride in their cars when they made these decisions about roof strength,” according to a court transcript.

The allegation that Ford was irresponsible and willfully made decisions that put customers at risk is “simply not the case,” another defense lawyer, Paul Malek, said in the same closing argument.

Lawyers for the plaintiffs had submitted evidence of nearly 80 similar rollover wrecks that involved truck roofs being crushed and injured or killed motorists, Butler’s law firm, Butler Prather LLP, said in a statement.

“More deaths and severe injuries are certain because millions of these trucks are on the road,” Butler’s co-counsel, Gerald Davidson, said in that statement.

This year, Ford has issued 49 recalls, more than any other automaker, according to data from the National Highway Traffic Safety Administration.

In an earnings call last month reported by the Wall Street Journal, Ford’s chief executive Jim Farley, said: “We continue to be hampered by recalls and customer-satisfaction actions. This affects our cost, but more importantly, it falls short on our most fundamental commitment to customers.”
Add Comment