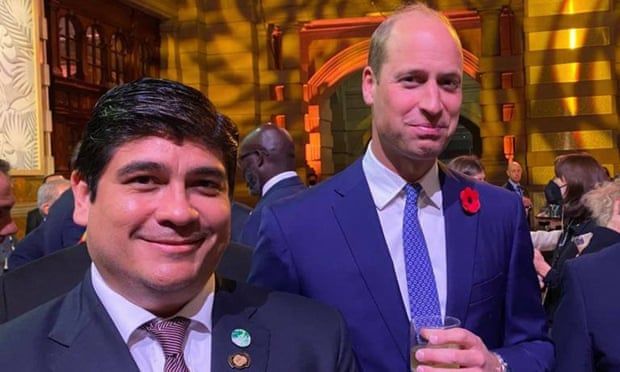 Follow the green leader: why everyone from Prince William to Jeff Bezos is looking to Costa Rica

Billionaires, princes and prime ministers are among those keen to learn from the Central American country, which has long put nature at the heart of its policies

If there had been a popularity contest at Cop26, the Costa Rican president, Carlos Alvarado Quesada, would have been a clear winner. Leonardo DiCaprio, Jeff Bezos, Boris Johnson and Prince William all wanted to speak with the leader of the tiny Central American country, eager to bask in its green glow.

The climate summit in Glasgow was, in effect, Costa Rica’s Super Bowl, another chance to show off its impressive environmental credentials. It is the only tropical country that has successfully halted and reversed deforestation, a commitment dozens of others made at Cop26 but are far from achieving.

Costa Rica, which celebrated its bicentenary in 2021, is aiming for total decarbonisation by 2050 – not just a net zero target – and is helping lead the world on efforts to protect 30% of the Earth by the end of this decade. From Christiana Figueres, who was head of the UN climate convention that achieved the Paris agreement in 2015, to Carlos Manuel Rodríguez, chief executive of the Global Environment Facility, Costa Ricans are routinely found in international leadership positions on the environment.

Alvarado was proud of Costa Rica’s record when he spoke with the Guardian in early 2021. But in his final interview at Cop26, after an exhausting schedule, Alvarado cautioned that his country’s example should not be taken as a blueprint for others to follow. 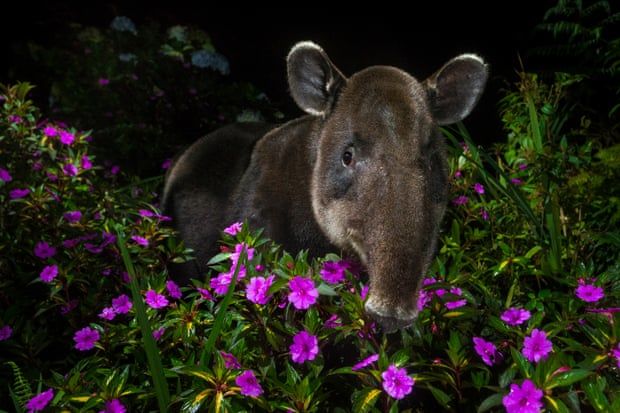 A tapir in Braulio Carrillo national park, near San José. Costa Rica’s policy of paying citizens to protect and restore ecosystems is credited with reversing deforestation rates, which threaten the species.

“The Costa Rican example ought not to be taken literally. Take whatever is good that we have, but also adapt it locally. The thing about our example is the possibility of change and not the particular change itself,” he said. “We have seen the world make global decisions in Glasgow but we cannot be tempted by the idea that they can be a one size fits all solution.”

In October, Costa Rica was among the five inaugural Earthshot prize winners for its policy to pay citizens to protect standing forest and restore ecosystems. The scheme is credited with helping reverse one of the worst deforestation rates in the world at the time by altering the cost of clearing trees for coffee, banana and pineapple plantations, recognising that forests are worth more alive than dead. The policy has led to an ecotourism boom.

But Alvarado, who is coming to the end of his term as president, does not want to stop there. He acknowledges Costa Rica is “green – but not blue”, prompting the announcement at Cop26 of his country’s involvement in a vast new marine-protected area.

“The more we provide an example, the more moral and political leverage there is for others to follow. That’s our approach,” he says.

In Glasgow, Denmark and Costa Rica launched the Beyond Oil and Gas Alliance (Boga) to speed up the end of the fossil fuel industry, attracting intense media attention. While the initiative was set up by a small group of countries that had already committed to phasing out fossil fuels, it is hoped a coalition of the willing can translate into global change. 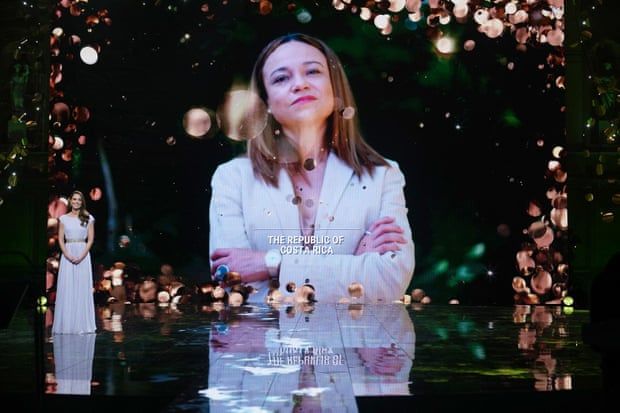 Environment minister Andrea Meza appears on screen as the Duchess of Cambridge announces Costa Rica as winner of the Earthshot protect and restore nature award.

Andrea Meza, Costa Rica’s environment minister who helped announce Boga, says winning the Earthshot prize was a moment of national unity akin to winning a football match. She underscores the importance of combining the inherent value of nature with financial realities to ensure its protection, along with environmental education for all citizens.

“What we have learned from the Costa Rican case is that you need to put nature in as part of your development model. It’s not about development and protecting nature. It’s understanding that nature needs to be part of the kind of development that you want. We understood that,” she says.

“After one or two generations, you’ll see the change. We can see the different species: the sloth, the hummingbird … and we feel proud.”

Oh ya 184 days ago
Don't understand why planting a coffee tree in the place of a tree that has no value other than cleaning CO2 out of the air is not moving ahead as it to cleans the air and creates employment. Any country that does not produce food for itself or export might have trouble with its budget. And yes tourists will visit coffee farms. Maybe the goverment thinks their over the top taxes will carry the country but i personally know 2 couples that left CR and came to Panama because of the cost of living there is very high
View all comments (1)Add comment