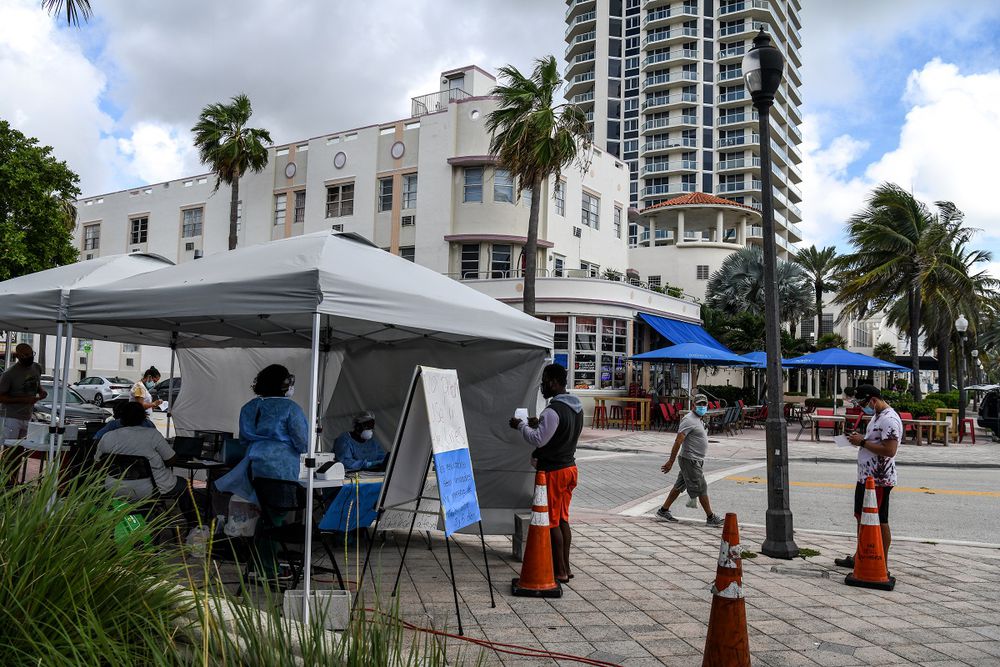 Florida, the second state with the most cases of coronavirus in the United States, added 186 deaths on Tuesday and exceeded a total of 6,000 deaths since the pandemic began, health authorities reported.
The "Sunshine State" registered 9,230 new cases of covid-19 to reach a total of 441,977 infected people, according to the Florida Department of Health.

Thus Florida, with 21 million inhabitants, overtook New York and is now only behind California, which has almost 460,000 cases - but twice the population.

A quarter of Florida cases are concentrated in Miami, the current epicenter of the pandemic in the country.

The figure of 186 deaths registered in this southeastern state is the highest so far in a day, although not all of them died between Monday and Tuesday.

In total, 6,117 people have died from covid-19 in the state so far. In the United States, 148,488 people died, according to Johns Hopkins University.

About 8,947 patients were hospitalized Tuesday, according to figures from the Florida Agency for Health Care Administration. In Miami, only 8.7% of intensive care beds are available.

The popularity of Florida Republican Governor Ron DeSantis has declined in the past month for his management of the pandemic, after boasting in May that he contained it in an irate speech accusing the press of spreading panic in the population.

A faithful ally of President Donald Trump, DeSantis has refused to order the use of face masks, although some mayors have made it mandatory in their jurisdictions.

Florida, a state that does not collect taxes and depends on tourism to survive, was quick to attract visitors between May and June when it sank in the economic debacle.
#Donald Trump  #COVID-19  #Covid  #Coronavirus
Add Comment