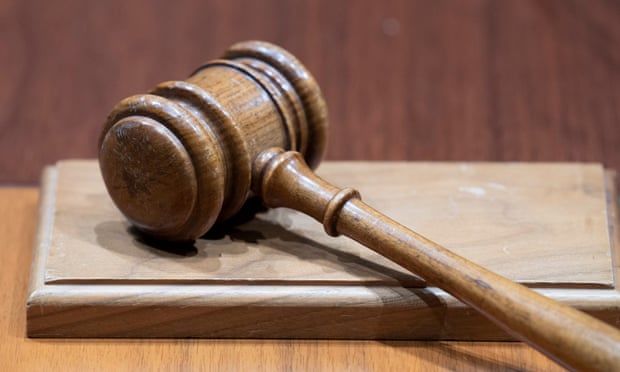 Florida calls teen ‘too immature’ for an abortion. But forced motherhood is fine?

The Florida court’s decision is shameful, nothing less than an ideological assault on a teenager

A Florida court has held that a pregnant and parentless 16-year-old is not mature enough to have an abortion – but is, apparently, mature enough to raise a child after being forced into childbirth by the state.

This case illustrates the utter absurdity and deep cruelty of parental consent laws, which are in place in 21 states. While parental consent laws seem reasonable enough on their face – who wouldn’t want to know if their child was having an abortion? – they are in practice alternately duplicative or dangerous. If a parent is supportive of their child’s bodily autonomy and has raised that child into a thoughtful, mature teenager, that teenager will either feel comfortable telling their parents about an unplanned pregnancy, or will have the ability and wherewithal to make their own decision and get themselves to an abortion provider. If a parent is abusive or unsupportive of their child’s basic rights, why should the state put young people at risk by requiring that their parents be notified?

The reality of abortion is that it essentially maintains the status quo. A teenager who ends her pregnancy does not risk her life in childbirth. She is able to continue her schooling or her work without interruption. She is able to remain on whatever path she was walking before her pregnancy, and she can pursue her goals and dreams on the schedule she had in mind.

Making the decision to keep one’s life moving forward on the same path requires far less maturity than making the decision to become a parent – a decision the state does not interfere with, and for good reason. If the idea of a parent or a panel of judges forcing a teenage girl into an abortion against her will disgusts and outrages you, so should the idea of a parent or panel of judges forcing a girl to go through the much more dangerous, physically demanding and permanently life-altering process of giving birth and becoming a mother.

While an abortion is a medical procedure, ending a pregnancy is overwhelmingly safe, and a woman is about 14 times more likely to die of complications from childbirth than from complications from abortion. And yet the state – rightly – does not require pregnant teenagers to get their parents’ permission to carry to term, nor allow parents to force their children into abortions against their will.

In the situation playing out in Florida, the teenager girl in question does not have parents in the picture. Her guardian is supportive of her choice to end her pregnancy. She has managed to get herself into court and before a panel of judges – that is how badly she does not want to be forced into continued pregnancy, childbirth and parenthood.

And she is right that having a child before she’s ready could be devastating. She is reportedly working on obtaining her GED, but it’s infinitely more difficult to study when you’ve just given birth, or when you’re the sole caregiver for an infant. She lives with a guardian, but she will be a legal adult in less than two years’ time. The man or boy who impregnated her seems to have no intention of being involved; she has no parents to help her, and it sounds like very little in the way of a familial safety net. She is going to need money for diapers, wipes, baby accoutrements, food, transport, childcare and eventually a place to live for herself and a child. How is a single teenage mother without a high school education and no parental support, and who has been forced to endure the trauma of unwanted pregnancy and birth, going to adequately support herself, let alone a child, under these circumstances?

And these poor outcomes are only magnified when the people in question are teenagers. While nearly 90% of American girls graduate from high school, only about 50% of teenage mothers do. While about four in ten American women have a bachelor’s degree, only about one in 10 women who gave birth as teenagers has finished at either a two- or four-year college.

None of this needs to be a foregone conclusion, of course. States could invest much more heavily in healthcare and support for all families, and for low-income families and those led by single parents in particular. But conservative anti-abortion states overwhelmingly do not support pregnant women, children and families nearly as robustly as progressive pro-choice ones. Florida is the 46th worst-ranked state in the nation when it comes to the percentage of uninsured women; it’s the 29th worst in maternal mortality, 30th in infant mortality and 33rd in child poverty. It offers no paid leave for new mothers.

Teenage girls and adult women alike, no matter how allegedly “immature”, are overwhelmingly capable of looking at their lives and deciding, “carrying this pregnancy to term would make things worse, and I don’t want to do it”. Being able to make that assessment is itself a sign of maturity – certainly much more so than deciding one is ready to care for a baby when one is not yet able to fully care for themselves.

The Florida court’s decision is shameful, nothing less than an ideological assault on a teenager. She knows exactly what the stakes are here, and yet three adults who are strangers to her have decided to force her – a child they have deemed immature and incapable of making her own decisions – to become a mother, in charge not only of herself but of a vulnerable infant.

Decisions like this one may very well drive young people to bypass the courts entirely and take matters into their own hands – a worse and potentially far more dangerous outcome. At the very least, this decision will curtail a teenager’s future, compromise her health, force her to suffer through one of the most painful processes human beings endure, threaten her life and the life of her child, and then charge her with the lifelong care of a new person.

That’s a lot to put on a girl who allegedly isn’t mature enough to have a medical procedure utilized by one in four women worldwide. Not mature enough for an abortion, but mature enough for a child? It simply defies reason. And that is, perhaps, because it’s not about reason or maturity at all. It’s about control – and a court imposing its misogynist anti-abortion ideology on a teenager who came to them for help.