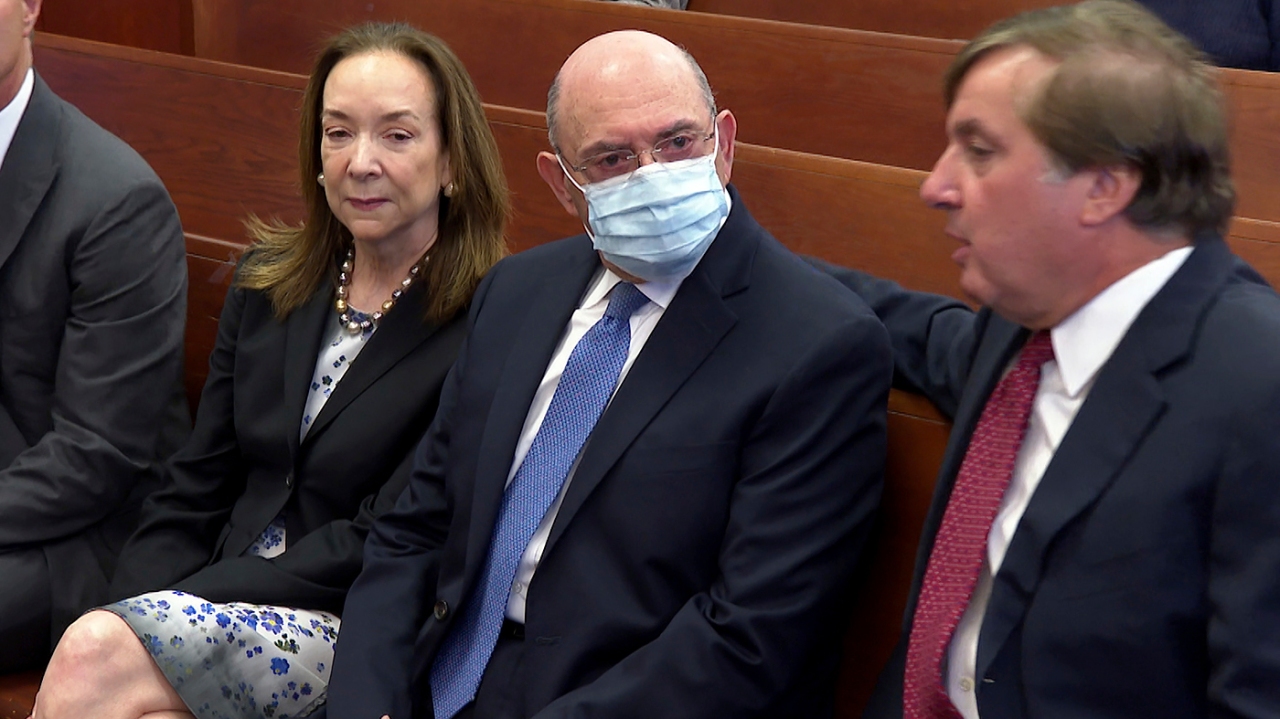 Weisselberg pleaded guilty to 15 separate charges including grand larceny and criminal tax fraud in an indictment filed in New York state Supreme Court, admitting to what authorities described as a 15-year tax evasion scheme for skipping out on taxes due on $1.76 million in income that wasn’t reported to the IRS.

Weisselberg was promised a sentence of five months in New York City’s Rikers Island prison — although that could be shortened to a little over three months — as well as five years’ probation. He will also have to make full repayment of taxes, penalties and interest due to the New York City and New York state tax authorities totaling $1,994,321.

Here are five things to know about Weisselberg’s plea deal.

The plea may be a consolation prize

The plea deal from a Trump Organization representative close to the former president may feel like something of a consolation prize for prosecutors who have been trying for a year to get Weisselberg to turn on Trump himself and not just Trump’s company.

Their aim has been to find evidence that the former president engaged in criminal activity, and securing the cooperation of a key Trump lieutenant like Weisselberg for their investigation could have been a step in that direction.

“It’s been widely publicly reported that the DA’s office was aggressively trying to flip Weisselberg against individuals and against Trump in particular, and he obviously held out on that and refused to deliver,” Danya Perry, a former federal prosecutor in the Southern District of New York, told The Hill in an interview.

But Weisselberg didn’t roll over. In fact, The New York Times reported that just after the deal was made, The Trump Organization held a birthday party for Weisselberg at Trump Tower.

Legal experts draw a sharp distinction between the sort of plea deal that Weisselberg agreed to and an actual cooperation agreement with federal prosecutors that could have led to much more substantive disclosures about the former president and his business practices.

“He got a plea deal. He did not get a cooperation agreement,” Perry said.

Legal experts say that the plea deal may actually be a step away from prosecuting Trump.

“The case against Donald Trump doesn’t seem to have any life left in it,” Daniel Alonso, who served as chief assistant district attorney under former Manhattan DA Cyrus Vance Jr., told The Hill. “This deal certainly doesn’t mean Trump is going to be prosecuted. It probably means the opposite. It really doesn’t incriminate him.”

Weisselberg’s plea deal requires him to testify when the Trump Organization faces its own trial in October, and that could turn into a big win for prosecutors this fall as they go after Trump’s core business.

The Trump Organization is going on trial for nine out of the 15 counts that were brought against Weisselberg himself, which include charges of criminal tax fraud, conspiracy and falsifying business records.

The testimony of Weisselberg, the Trump Organization’s former chief financial officer, could make things difficult for the company.

Former assistant United States Attorney Andrew Weissman told The Hill in an interview that Weisselberg’s plea deal is going to make it much harder for the Trump Organization to make its defense.

What happens if prosecutors decide that he didn’t “testify truthfully” in the upcoming Trump Organization trial, as his plea deal requires him to do?

“The Court promised Weisselberg a sentence of five months in jail to be served on Rikers Island and five years’ probation, contingent on Weisselberg testifying truthfully in the upcoming criminal trial of the Trump Organization by providing truthful testimony as to the facts underlying his allocution and plea,” the Manhattan district attorney’s office said in a Thursday statement.

But if they ask him questions about how much Trump knew during the trial, and Weisselberg says he didn’t know anything, prosecutors might then say he’s not being fully truthful, and then all bets about the sentencing could be off.

“This is the one open question,” Alonso said. “What happens if he testifies that Trump had no knowledge of these schemes? Would the DA still vouch for Weisselberg’s truthfulness?”

Experts say the in-between nature of the plea deal, which is not a cooperation agreement but does compel testimony, makes it kind of an oddity.

“I’ve never heard of a deal like this,” Alonso said.

Weisselberg was not granted immunity from other crimes

Proper cooperation deals with federal prosecutors usually come with an immunity clause that says cooperating witnesses won’t be charged on other unrelated crimes. Weisselberg’s deal has no such clause.

Both Andrew Weissmann and Danya Perry said they were interested by the fact that Weisselberg was not granted full immunity for any other potential crimes.

“Typically, lawyers negotiate for coverage or immunity for any other crimes he might have committed so they can’t keep coming back,” Perry said. “Here, they didn’t do that.”

Daniel Alonso also said he found this surprising, but said it makes sense given the limited nature of Weisselberg’s deal.

“Why should the DA grant him that if he’s not cooperating fully? This is not a traditional cooperation agreement. If he’s doing less, then he’s getting less.”

Most presidents leave office and fade into the background of American political life. But Weisselberg’s plea deal is just one of several legal events involving the former president that have kept his name in the news.

The most dramatic of these was the Aug. 8 FBI raid of Mar-a-Lago, which saw federal agents walk away from Trump’s Florida property with boxes of classified documents.

An unsealed search warrant revealed that the FBI is investigating Trump for three possible federal crimes, including concealing records “with the intent to impede, obstruct or influence” government activity, and possible violations of the Espionage Act.

There is also an ongoing investigation into Trump’s role in the Jan. 6, 2021, riot at the Capitol, as well as a civil investigation of Trump being conducted by New York Attorney General Letitia James.