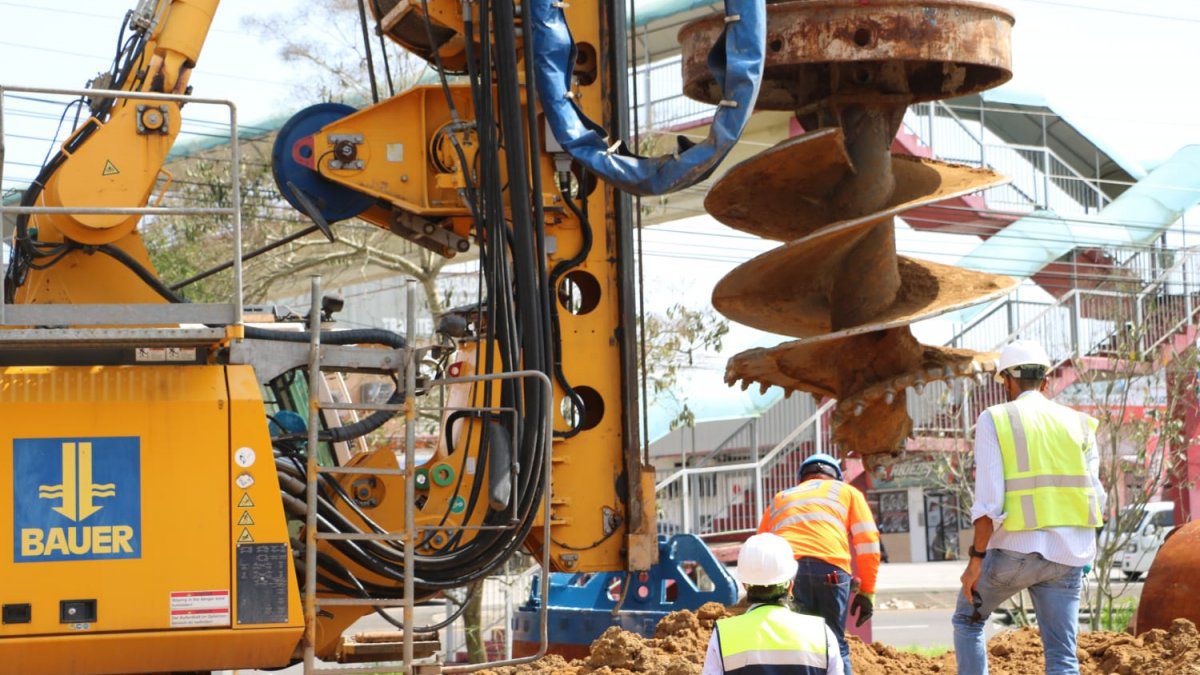 With this construction phase of Line 3 of the Panama Metro, it is expected that more personnel will be hired.

The General Director of the Panama Metro , SA, the engineer Héctor Ortega estimated that in October the civil works will begin with the piles or foundations of the viaduct.

It was added that with this constructive phase, the hiring of personnel is also expected to begin, since there are currently about 450 workers, including administrative and field personnel.

These statements by the engineer Ortega were made during his periodic visits to the Line 3 project , in which he visited the pile load test works in the Flor del Cerro area, located in the Cerro Silvestre district. He was also in the Vista Alegre area, where soil surveys are carried out, and inspected the progress of the Patios and Workshops, in Ciudad del Futuro.

Ortega announced that the relocation of the 16 and 24-inch potable water pipes, located in the project alignment, will begin in September. He added that in the coming weeks the registration of the structures close to the construction of the project will begin.

“We are proud that young Panamanian engineers who participated in the construction of Metro Lines 1 and 2, the first Metro in Central America, are in charge of this important mega-project. We are committed to continue supporting the development of the country and to provide employment opportunities in this new transportation system, ”said engineer Ortega.

It should be noted that preliminary works are currently being continued, such as: geotechnical or soil studies (drilling), topographic studies, design of the relocation of utilities in the section, and the design and alignment of project structures.

In the places that will be intervened by the execution of the work, work is being done on the liberation of the construction, flyer and information to the community areas. Approaches have been maintained with residents and merchants that border those areas.

Line 3, with a 45-minute journey, will improve the quality of life of thousands of families and more than 500,000 residents of the province of Panama Oeste.
Add Comment