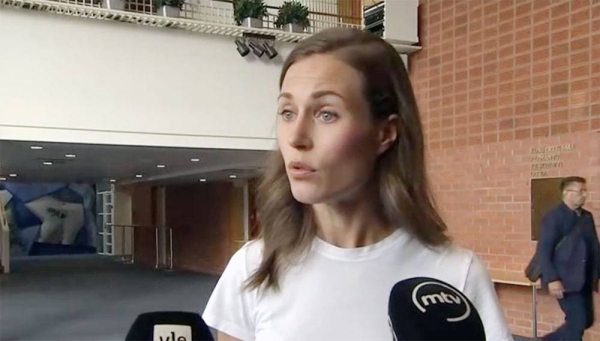 Finnish Prime Minister Sanna Marin has been officially cleared of breaching any ministerial rules for partying with friends in August, a weekend immortalized in leaked videos that went viral on social media.
In a new report, Finland’s Chancellor of Justice Tuomas Pöysti said he had “no reason to suspect the prime minister of illegal conduct in the minister’s official position or neglect of duty”.

Pöysti, the Finnish equivalent of an attorney-general, carried out an investigation into Marin’s social life after receiving several complaints that accused her of taking time off without arranging a deputy to cover for her, and being unable to fulfill the responsibilities of her job.

However, the Pöysti found that the complaints couldn’t be upheld because they did not specify what duties Marin might have left unfulfilled, and which of her duties might have been jeopardized while she was drinking singing and dancing at a private house party, and later at a Helsinki nightclub.

In August, Marin — Finland’s youngest-ever prime minister — was forced to defend her private life after a video emerged of her enjoying a party with friends.

In the social media clips, Marin was shown in several scenes apparently at a private residence, hugging her friends, and singing and dancing along to Finnish pop music.

Among the other guests enjoying the party are Finnish chart-topper Alma, a member of parliament, a couple of radio show hosts and a celebrity stylist.

At the time Marin said: “I have a family life, a work life and also my free time, and I spend time with my friends”, and said she only did “legal” things.

Despite her comments, she was forced by calls from some opponents to take a drugs test, which came back negative for illegal substances.

Later, the PM conceded in a tearful statement that the episode had taken its toll on her — however among the Finnish public, and internationally, there was broad support from other female politicians and members of the public who feted Marin for being a modern politician who should be allowed to let her hair down when she’s not at work.
Add Comment