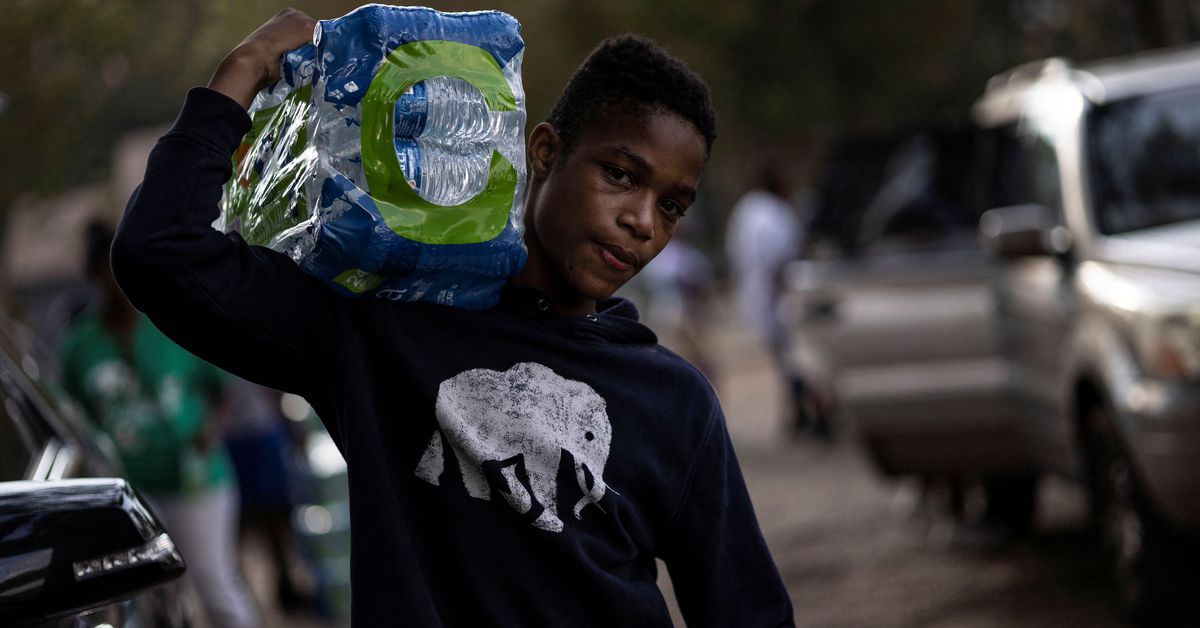 The city of Jackson, Mississippi, said most water pressure returned to normal on Sunday, a week after its main treatment plant failed, while U.S. officials warned it was still too early to say when a reliable supply of drinking water can be restored.
The majority-Black state capital of 150,000 plus about 30,000 people in surrounding communities have gone without reliable drinking water since Monday, when complications from floodwaters knocked the O.B. Curtis Water Plant offline.

People have been urged to boil any tap water before drinking, while state and federal authorities have declared an emergency, distributing bottled water in the meantime.

On Sunday, water pressure exceeded the city's goal for the first time and multiple storage tanks around the city were full, the city said in a statement, while also warning that progress could fluctuate as further repairs and adjustments were made.

"All of Jackson should now have pressure and most are now experiencing normal pressure," the city said, while leaving the boil water advisory in effect.

Meanwhile, Deanne Criswell, head of the U.S. Federal Emergency Management Agency (FEMA), told CNN's State of the Union on Sundayit was "still too early to tell" when the plant would be fully operational again, and that FEMA's focus was on ensuring a supply of bottled drinking water.

"It's going to happen in phases," said Criswell, whose agency has been charged by U.S. President Joe Biden's administration with coordinating disaster relief efforts for Jackson.

The failure in Jackson has highlighted the problem of America's crumbling infrastructure. Signature legislation Biden helped pass early in his presidency has allocated millions of dollars for Mississippi and Jackson for water infrastructure.

The crisis has hobbled Jackson, forcing many stores and restaurants shut, while the public school system and Jackson State University had to move classes online.

Jackson Mayor Chokwe Antar Lumumba told ABC News the city's water infrastructure was broken due to wear and tear and due to climate change.

He said the city may have water approved as fit for drinking within days rather than weeks, but ensuring a "reliable, sustainable" water treatment facility was "a much longer road ahead."
#Joe Biden
Add Comment