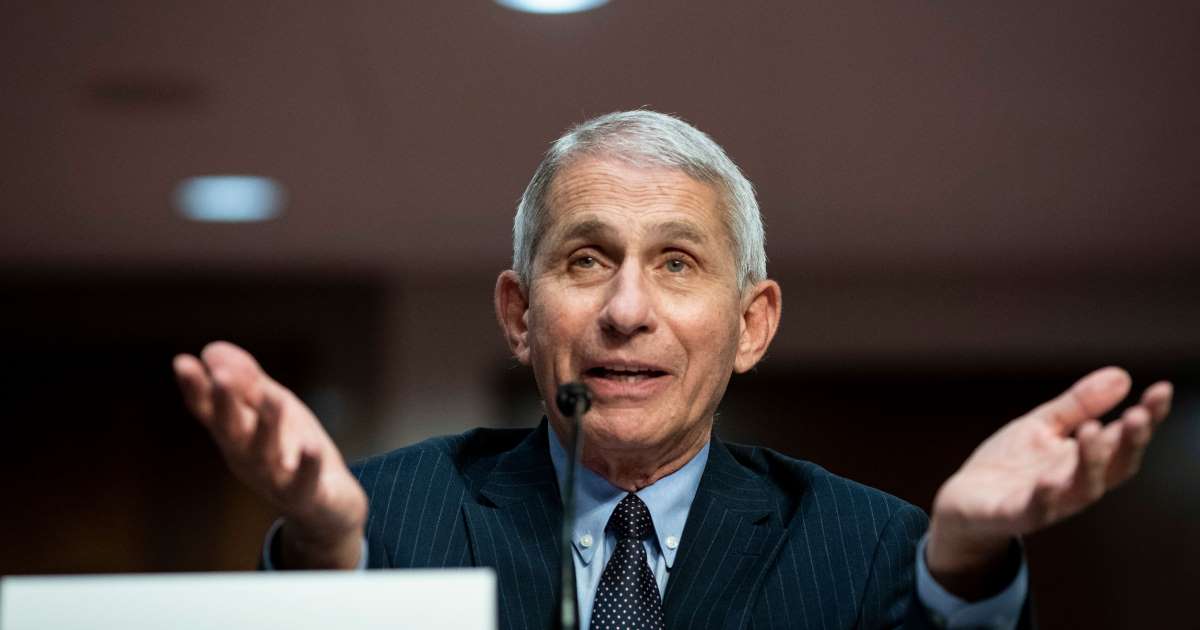 Fauci Says He Would Take COVID Vaccine Publicly, After Similar Pledges by Biden, Obama, Bush
Dr. Anthony Fauci has said he would be "more than happy" to take a COVID vaccine publicly, stressing it will be safe if approved.

The pledge from the director of the National Institute of Allergy and Infectious Diseases comes after former U.S. presidents Barack Obama, George W. Bush and Bill Clinton said they would be vaccinated in a public setting or on camera in an attempt to assure the public that it can be trusted.

President-elect Joe Biden said during an interview with CNN on December 3 that he too would be "happy" to join the ex-presidents by publicly taking a vaccine.

"You know as well as I do, people have lost faith in the ability of the vaccine to work. It matters what a president and vice president do. I think my three predecessors have set the model as to what should be done," he said.

A Gallup poll released in November suggested that 42 percent of U.S. adults would not take a COVID vaccine even if it was made available immediately at no cost, some citing concerns about a rushed development and others potential safety issues.

Fauci told CBS News anchor Norah O'Donnell during the Milken Institute Future of Health Summit on Monday: "I would be more than happy to do it publicly."

As COVID infections continue to surge across the country, promising vaccine candidates have been developed by multiple firms, including Pfizer/BioNTech, Moderna, and AstraZeneca. Pfizer/BioNTech and Moderna have applied to the U.S. Food and Drug Administration (FDA) for Emergency Use Authorizations (EUA) to roll-out their vaccines, in the hope that distribution will start before the end of 2020.

In the interview, Fauci said the approval process for any potential vaccine in the U.S. is independent and transparent.

Fauci said: "When I see the FDA with their career scientists say that a [COVID] vaccine is safe and effective, I will take it myself when my time comes and will recommend it to all people, including my friends President Clinton, Obama, Bush and others to take the vaccine, because I would feel comfortable taking it."

Obama said in an interview with SiriusXM on December 2 that he would trust the COVID vaccine as long as Fauci believes it to be safe and effective.

The former president said: "I promise you that when it's been made for people who are less at risk, I will be taking it. I may end up taking it on T.V. or having it filmed, just so that people know that I trust this science, and what I don't trust is getting COVID."

Freddy Ford, President George W. Bush's chief of staff, told CNN on December 3: "First, the vaccines need to be deemed safe and administered to priority populations. Then, President Bush will get in line for his, and will gladly do so on camera."

Angel Urena, Clinton's press secretary, said: "[Clinton] will definitely take a vaccine as soon as available to him, based on the priorities determined by public health officials. He will do it in a public setting if it will help urge all Americans to do the same."
#vaccine  #Pfizer  #BioNTech  #AstraZeneca  #Joe Biden  #Covid  #Vaccines
Add Comment