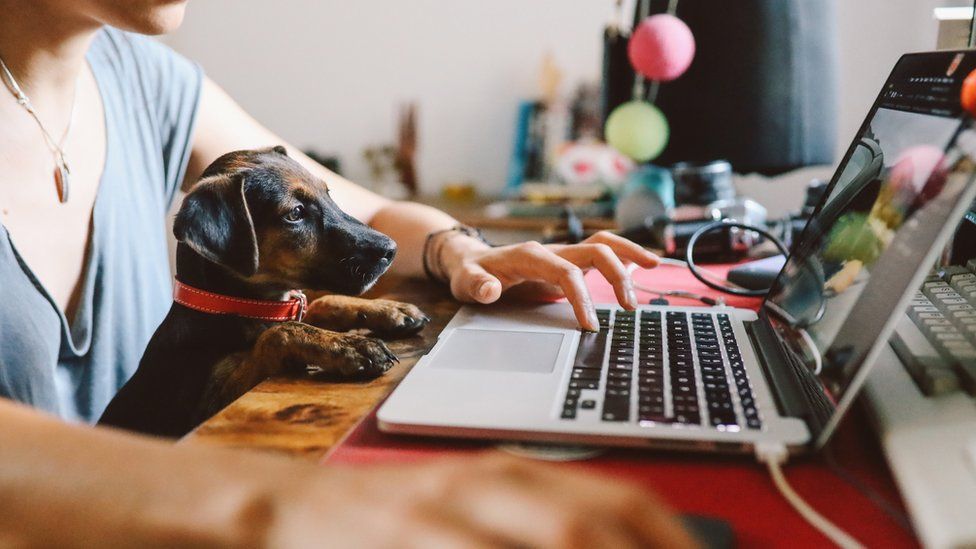 The company has told employees "anyone whose role can be done remotely can request remote work".

Facebook chief executive Mark Zuckerberg told staff he plans to spend up to half of 2022 working remotely.

He had previously said that half of the company's 60,000 employees could be working from home within a decade.

Facebook's offices are expected to open to full capacity in October, but employees without permission to work remotely will have to come in at least half the time.

A Facebook executive, quoted by the Wall Street Journal, declined to say how many employees currently had permission to work from home, but said the company had approved about 90% of requests.

The company told the BBC that its new remote work policies apply to Facebook employees only, and not subcontractors, who are widely used to carry out content moderation and other tasks.

At the time, the company said that the majority of its 15,000 global content reviewers had been working remotely, and would be able to do so for the duration of the pandemic.

Mr Zuckerberg set out his own experience of remote working in a separate memo to staff.

He said being out of the office had made him "happier and more productive at work", adding it had given him "more space for long-term thinking" and enabled him to "spend more time with my family".

Mr Zuckerberg spends some of his time on his private estate in Hawaii.

Other tech giants have also set out their future plans for the return to the office.

On Thursday, Amazon told employees they're expected to work in-office at least three days per week, with the specific days to be decided on by leadership teams.

Employees in the UK, US and a handful of other countries are expected to begin their return to the office in early September.

In an all-staff memo last week Apple boss Tim Cook said he missed the "hum of activity" and workers should be in the office at least three days a week by September, specifying Wednesdays and Fridays as when employees may work remotely.

But that plan proved controversial among some employees, who circulated a letter that said Apple's policy had "already forced some of our colleagues to quit".

In a message to "Googlers" in May, chief executive Sundar Pichai wrote that the company would move to a hybrid work week, where most staff would "spend approximately three days in the office, and two days wherever they work best".

The changes, he wrote, should eventually result in the majority of employees being in the office a few days a week, and about a fifth working remotely full-time.

Mr Pichai added: "The future of work is flexibility."