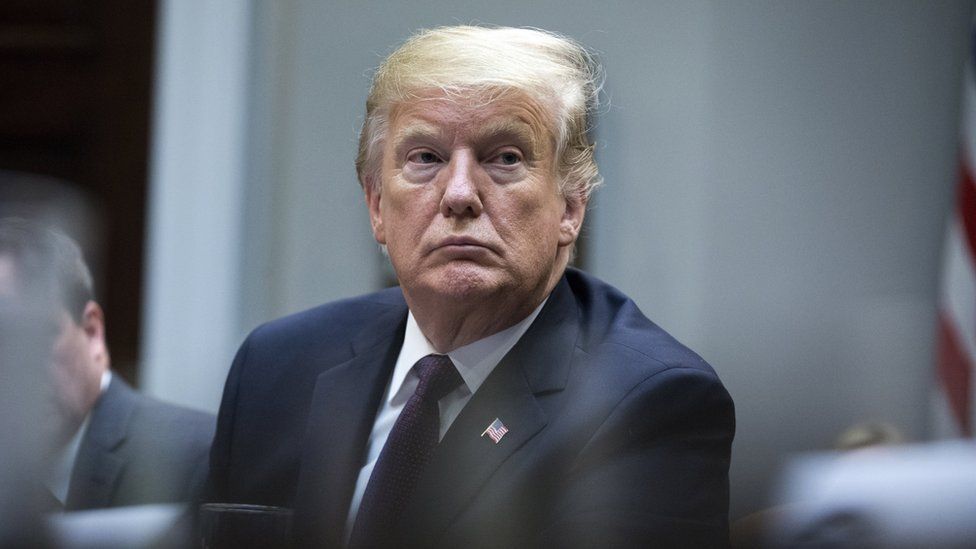 Facebook has removed a video of former US President Donald Trump from the page of his daughter-in-law Lara Trump.

The social media giant banned Mr Trump from its platform in January following riots by his supporters on the Capitol building in Washington.

Lara Trump, a new Fox News contributor, posted a video of herself interviewing Mr Trump on a range of issues.

She later posted a screenshot of an email she received from Facebook warning her of the ban.

"In line with the block we placed on Donald Trump's Facebook and Instagram accounts, further content posted in the voice of Donald Trump will be removed and result in additional limitations on the account," an email from "Katelyn" read.


Lara Trump, who is married to Mr Trump's son Eric, instead posted the interview for her own online show The Right View on the video platform Rumble and linked to it from her Facebook page.
"And just like that, we are one step closer to Orwell's 1984. Wow," she commented on her Instagram account.

Facebook's suspension of Mr Trump's account on 7 January - a day after the Capitol riots - is being reviewed by its new Oversight Board, which was set up to rule on controversial moderation decisions.

Defending the ban at the time, Facebook chief Mark Zuckerburg said: "We believe the risks of allowing the president to continue to use our service during this period are simply too great."

300RCC 414 days ago
Traitor trump's attempt to overthrow democracy failed in January and he and his acolytes will fail each time they attempt it in the future..

Oh ya 414 days ago
He still scares the left to death and will live rent free in their heads forever. Trump will be back
View all comments (2)Add comment