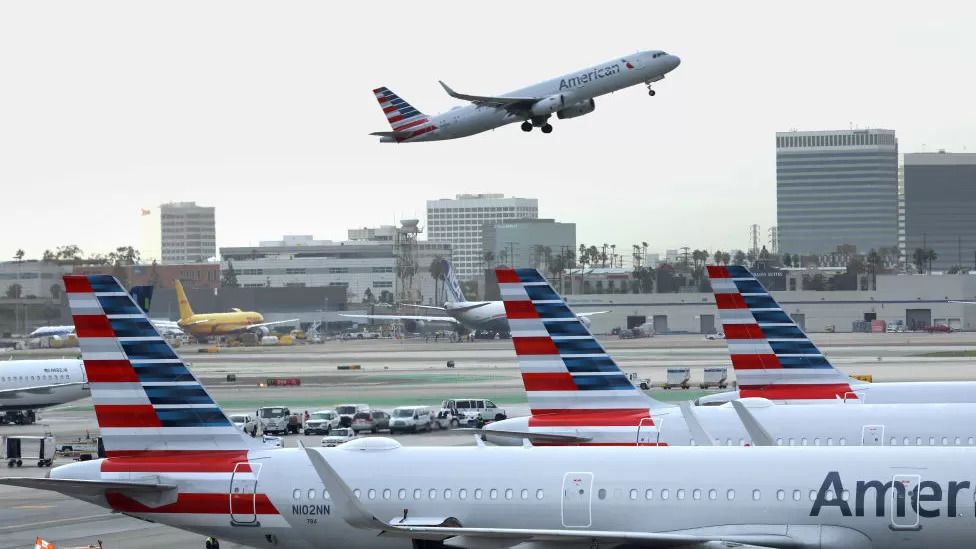 US flight operations are back to normal, following a technical glitch that paused air travel on Wednesday, officials said.
Early investigations by the Federal Aviation Administration (FAA) suggest the glitch was caused by a "damaged database file".

"We are seeing no unusual delays this morning," the FAA said.

Aviation tracking site FlightAware said there were 1,154 delays and 103 cancelled flights Thursday, which is similar to other recent days before Wednesday's ground stop.

A senior government official said a corrupted file caused the issue, affecting both the primary and backup systems of the FAA's Notice to Air Mission system, or NOTAM. Officials continue to investigate the issue, they said.

"At this time, there is no evidence of a cyber attack", the FAA said.

The technical issues marked the first time in nearly two decades that flights across the US were grounded.

Captain Chris Torres, vice-president of the Allied Pilots Association, warned that Wednesday's airline drama was not going to immediately disappear. "This is going to cause ripple effects," he told Reuters.

US Department of Transportation Secretary Pete Buttigieg told CNN that the FAA had grounded flights out of "an abundance of caution" after it noticed irregularities with its Notice to Air Missions System.

Mr Buttigieg said his "primary interest" moving forward "is understanding exactly how this was possible and what steps are needed to make sure it doesn't happen again".

The Notice to Air Missions System provides real-time safety information to pilots "about closed runways, equipment outages, and other potential hazards along a flight route or at a location that could affect the flight", according to the FAA.

Officials said they are still working to determine the root cause of the issue.

Still recovering from a series of recent wide scale flight disruptions over the holidays, major US airlines moved to assist weary travellers.

United Airlines said it would waive change fees and any difference in fare for customers rescheduling flights departing on or before 16 January 2023.

Delta airlines extended a fare difference waiver to passengers "even if their flight isn't delayed or cancelled", looking to offer "additional flexibility".

For international passengers, Air Canada - the foreign carrier with the most flights into the US - said it would put in place a "goodwill policy" so affected passengers can change their travel plans.
#Joe Biden
Add Comment