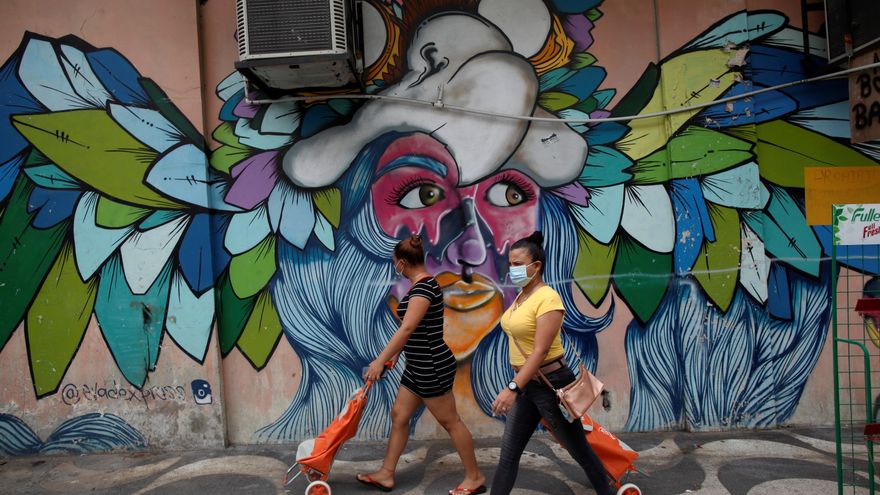 Eyra Ruiz: The Government has not contemplated any closure

"At no time has the National Government and the health table contemplated any closure," the Minister Couselor of Health, Eyra Ruiz said, in response to the fear of the business sector and the population of economic closures and suspension of openings.
According to Ruiz, the State is working so that indicators such as RT, hospital capacity, and the percentage of case fatality, are where they correspond, and clarified that the warnings they make are directed to the general population because it depends on everyone.

For her part, the president of the Panamanian Association of Business Executives (Apede), Elisa Suárez, mentioned that the private sector is aware of the importance of health, and that what they are asking is that both variables be worked in parallel, both health and the economy, and not just one.

Previously, the director of the Social Security Fund, Enrique Lau, emphasized that the rebound in coronavirus cases will depend on the maintenance of the economic reopening.

The Ministry of Health of Panama established a Contingency Plan due to the increase in cases registered in the country.

It is a plan divided into four indicators, seven pillars and five alert stages. If some of the stages or indicators get out of control, stepped restriction measures will be taken, depending on the impact.

As happened in the districts of Soná and San Francisco in Veraguas, where the curfew was extended and openings and economic activities were suspended, given that the installed hospital capacity is above the proposed indicator, as is the RT, which is above 1.
#Elisa Suárez  #Apede  #Coronavirus

Oh ya 163 days ago
Yes it's time for the world to stop listening to the lying Dr F, WHO, CDC and the rest of the fear MONGERS. remember Dr F owns shares in the companies making the vaccine and as it is said.... Those that sell the fear will be the same people selling the cure.
View all comments (1)Add comment