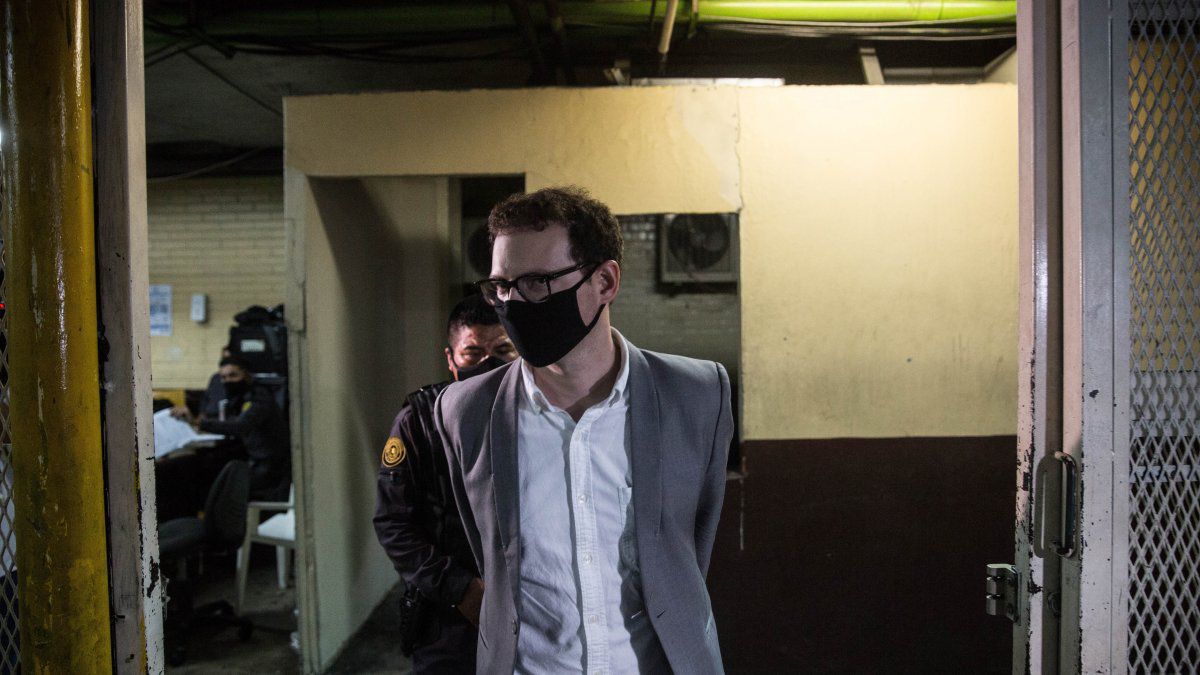 The extradition against Luis Enrique Martinelli Linares was ruled this Tuesday by the Fifth Criminal Court of the Guatemalan Judicial Branch.
The extradition to the United States of Luis Enrique Martinelli Linares , son of former Panamanian president Ricardo Martinelli (2009-2014), could take several months or more than a year due to the legal and administrative process to which he is subject in Guatemala , according to a Expert on the subject.

Former Guatemalan Interior Minister Carlos Menocal (2010-2012) told Efe that the time it could take to complete an extradition, made official this Tuesday by a local court, is uncertain and may exceed twelve months of waiting.

The former official said that during his time at the helm of the Interior Ministry there were processes that lasted a year and a half and another just six months, but he emphasized that there is no average time that can guide a case like Martinelli Linares.

"How long it takes depends on several factors; for example, the extradition of the Lorenzana (drug traffickers) took a year and a half, but that of former president Alfonso Portillo (2000-2004) for corruption was only six months at the time of the president. Álvaro Colom (2008-2012) ", he recalled.

In the case of the son of the former Panamanian president, however, Menocal "would believe that it would have to be expedited due to the quality of the prisoners, their case and the impact they have."

"I have seen that (the authorities) have had more impetus and interest in cases in which political figures are involved, while in drug cases they are one more or less, under the climate of organized crime," added Menocal.

The former Guatemalan Minister of the Interior stressed that the extradition process is always signed by the head of the Interior portfolio and the country's president himself. In this case, the signatures would be those of Minister Gendri Reyes and Alejandro Giammattei, respectively.

After the signatures of both, "this is when diplomacy begins to play. It depends on the interest of the US Justice and State Departments so that they speak with their ambassador in Guatemala and that in the administrative part of the Government (from Guatemala) is going to accelerate, "he added.

Once the legal processes to legalize the transfer have been completed, the State of Guatemala "cannot refuse" to proceed with the extradition "given the commitment to mutual legal assistance" reached by the Central American country during the presidency of Alfonso Portillo.

THE PROCESS AGAINST THE MARTINELLI

The extradition against Luis Enrique Martinelli Linares was ruled this Tuesday by the Fifth Criminal Court of the Guatemalan Judicial Branch.

The Martinelli brothers were preparing to leave Guatemala at the time when they were captured at the request of the United States, after about a year of being unaccounted for.

Both sons of former President Martinelli are accused of money laundering in the Odebrecht plot during their father's presidency.

The indictment of the District Attorney for the Eastern District of New York asserts that the Martinelli Linares are responsible for the crime of conspiracy to commit money laundering and two crimes of concealment of information for that purpose, between 2009 and 2015, for figures of less than one million Dollars.

Ricardo Alberto, whose case is currently being processed in the Third Court of the Guatemalan Judicial Organ, is also accused in the United States of two additional charges derived from the expense of the laundered money.

The brothers are currently imprisoned at the Mariscal Zavala military barracks along with around 200 high-profile prisoners.

Both were elected in 2019 as alternate deputies to the Central American Parliament, but were never sworn in.
Add Comment