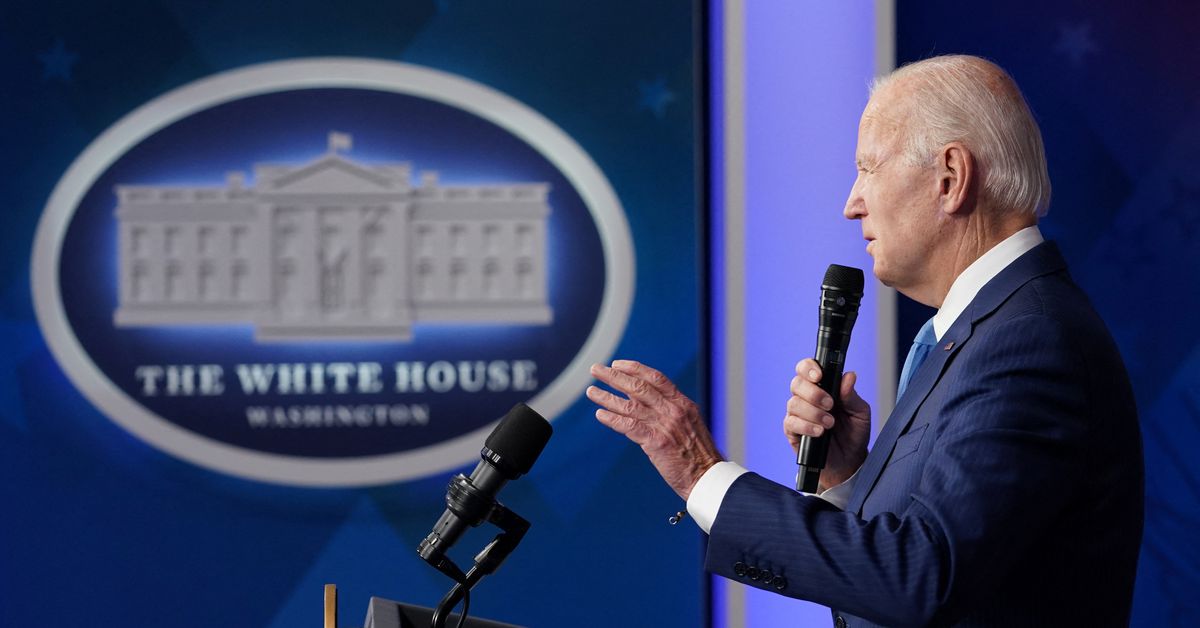 U.S. President Joe Biden's administration is drafting an executive order intended to streamline approval for private rocket launches amid a broader effort to bring legal and regulatory clarity for American companies on everything from space travel to private space stations, according to two U.S. officials familiar with the effort.
The order would be part of a push by the White House's National Space Council to modernize U.S. space regulation, which has failed to keep up with the increasingly ambitious pace of private-sector investment and development.

The order, slated to be ready for Biden to sign by early 2023, is meant to simplify licensing procedures under existing laws for more routine space activities like launching rockets and deploying satellites, said one of the sources, who asked not to be named.

The order will task the U.S. Department of Commerce with creating an online tool to help guide companies through various agencies' licensing processes for space-related activities, one of the sources said.

U.S. Vice President Kamala Harris, who chairs the National Space Council, has signaled her intention to codify new rules for private space activities, but the plan for the executive order has not been reported.

A spokeswoman for Harris did not immediately respond to a request for comment.

While past administrations have made little progress revamping U.S. space laws, the Biden administration's broader effort to spur new rules, in addition to those targeted in the executive order, comes with greater urgency because of the pace of private investment in space. NASA also is pushing to privatize much of its low-Earth orbit activities.

Companies like Elon Musk's SpaceX, Jeff Bezos' Blue Origin, Boeing and many more are expected to invest billions of dollars in the next decade in projects including private space stations, service satellites and spaceships in orbit.

A team of U.S. officials drafting the executive order is also studying ways to spur congressional action that would give certain federal agencies the role of authorizing and supervising those space ventures, one of the sources said.

The executive order is considered an early step to simplify existing regulations before new rules take shape. Companies like Blue Origin, Axiom Space and others are developing private space stations with unclear procedures for how they can court foreign governments as customers or execute their missions in space.

Other unregulated areas include asteroid mining, for which startup AstroForge has announced plans, and clearing orbital debris, which companies like Astroscale want to tackle.


Current U.S. regulations targeted in the order cover space-related activities on Earth, such as the Federal Aviation Administration's oversight of launch site safety and the Federal Communications Commission's allocation of satellite spectrum.

NASA hopes to land humans on the moon before the end of the decade under its Artemis program, which involves dozens of companies including SpaceX.

Companies are increasingly stepping in for other countries.

Private space stations like Orbital Reef, which Blue Origin is developing with Boeing and Sierra Space, could be deployed by 2030. Those stations would replace the International Space Station, an aging orbital science lab managed by a group of governments including the United States, Russia and the European Space Agency.

In that new world, government space powers will become customers and are expected to provide early critical funding, industry executives said. How the parties will interact remains unclear.

"I have to have a conducive regulatory environment," Blue Origin senior vice president Brent Sherwood said in an interview in September.

White House officials have held several "listening sessions" with space companies since Nov. 14 to discuss what rules the space industry would like to see, according to people familiar with the meetings.

The Biden administration's push to update space regulations is crucial for keeping the U.S. in line with international law. The 1967 Outer Space Treaty requires countries to supervise the cosmic activities of their companies and largely makes governments responsible for those entities' space behavior.
#Joe Biden  #Elon Musk
Add Comment