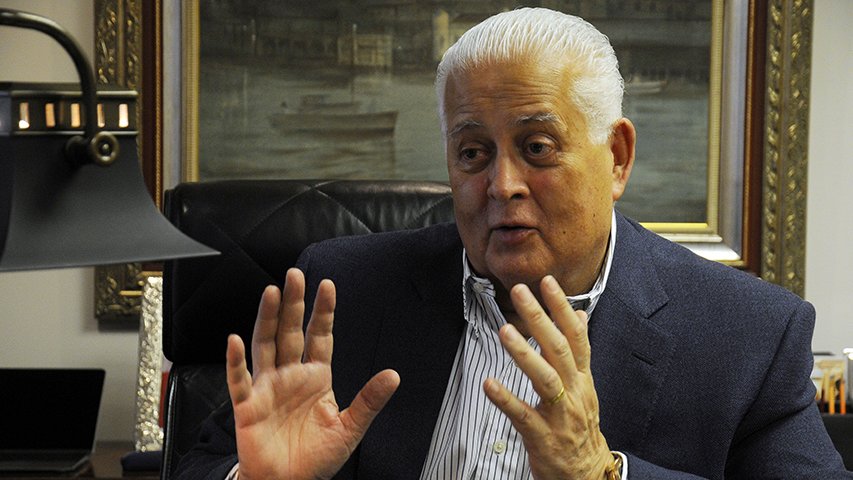 Former President Ernesto Pérez Balladares (1994-1999) seized the shares and bank accounts of Corporación La Prensa, SA (Corprensa), as part of a civil lawsuit that he filed eight years ago, for alleged damages.
The seizure, for a concurrence of up to $1.13 million, was formally decreed on June 22, by the Fifteenth Civil Judge, Lina E. Castro De León.

Through this process, there is no conviction nor has the commission of any crime been proven by Corprensa.

The judicial action is a direct attack on press freedom and the right to information, since it suppresses the operational continuity of the company, given that with it they freeze the funds used to fulfill our contractual obligations, and carry out the payment of goods and services and, above all, the salaries of the 240 associates of the corporation, said Diego Quijano, president of Corprensa, which publishes La Prensa and Mi Diario.

On his website toroperezballadares.com, the former president states that the execution of this take over in no way limits the exercise of the free journalistic activity to which the aforementioned media is entitled, let alone freedom of the press in the country.

In his civil lawsuit, admitted on March 22, 2012 which has not yet been resolved, Pérez Balladares claims $5.5 million, for the journalistic notes published by La Prensa about the processes that the Special Prosecutor against Crime carried out for alleged money laundering since 2009.

The former president insists that he has been the subject of a smear campaign against him, started - according to him - in August 2009, with the publication of documents that reported funds from gambling houses that were benefited with concessions during his administration.

The lawsuit is limited to two publications, dated March 21 and 22, 2011, in which it is reported that Pérez Balladares could be the subject of a second criminal investigation for alleged money laundering, for alleged irregularities detected in a bank account in the Bahamas.

Before publishing both editions, the newspaper contacted the ex-president's defense and published his version.

In 2009, the Prosecutor against Organized Crime initiated an investigation into Pérez Balladares because the company Lucky Games, which obtained a concession contract to operate 500 slot machines, sent money without any justification to Shelf Holding, a family company of the former president.

On April 29, 2011, the Ninth Criminal Court ordered the definitive dismissal. The prosecution appealed and the Second Superior Court confirmed the file in January 2012. This decision was the subject of a cassation (last appeal) by the prosecution.

The rapporteur of the Criminal Chamber, which resolved the appeal, had the then magistrate Abel Zamorano as rapporteur, who considered that the decision of the Second Court of January 2012 was null because it was signed by the substitute magistrate José Hoo Justiniani, when it corresponded to him to know the file, since it was the responsibility of the then magistrate Geneva Aguilar de Ladrón de Guevara. For this reason, according to this criterion, there was a so-called lack of competition.

Then, on August 30, 2017 , the Second Court, in a ruling signed by magistrates María de Lourdes Estrada (rapporteur), Adolfo Mejía and Secundino Mendieta, confirmed the decision of the Ninth Criminal Court, which in 2011 ordered the definitive dismissal.
Add Comment