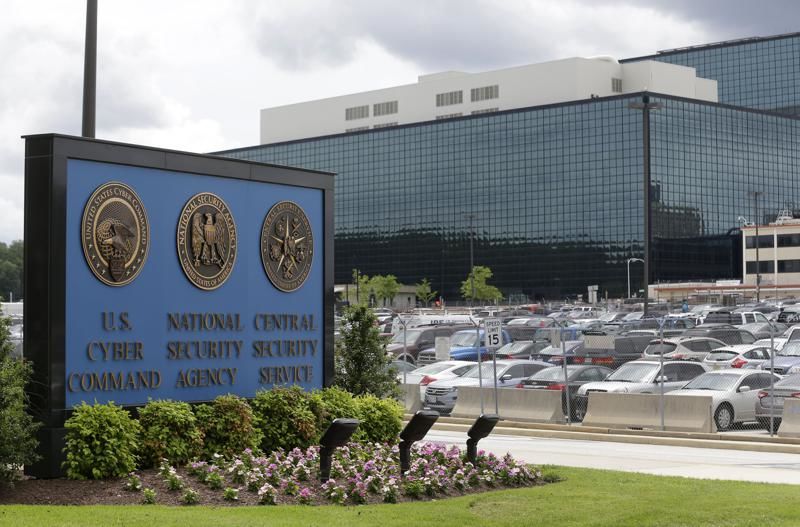 A former National Security Agency employee from Colorado accused of trying to sell classified information to Russia will remain behind bars while he is prosecuted, a magistrate judge ruled Tuesday.
Jareh Sebastian Dalke, 30, is facing a possible life sentence for allegedly giving the information to an undercover FBI agent whom prosecutors say he believed was a person working for the Russian Federation. He pleaded not guilty through his lawyer during a hearing in Denver federal court before a hearing to determine if he should be released from jail.

Dalke was arrested Sept. 28 after authorities say he arrived at Denver’s downtown train station with a laptop and used a secure connection set up by investigators to transfer some classified documents.

Magistrate Judge S. Kato Crews said Tuesday the stiff penalty Dalke could face makes him a flight risk along with the sympathies he has allegedly expressed for Russia. Crews also said he was not sure that Dalke, who is accused of sharing the documents after promising not to disclose information he obtained while working at the NSA, would honor any conditions he could impose that would allow Dalke to live with his wife and grandmother in Colorado Springs while the case proceeds. He was also concerned about authentic-looking but counterfeit badges for government agencies, including the NSA, allegedly found during a search of Dalke’s home.

Dalke’s lawyers had proposed that his wife, who was in court for the hearing, could supervise the Army veteran and report any violations of his bond. However, Crews was concerned whether she would be able to do that, describing Dalke as her “caretaker.”

One of Dalke’s federal public defenders, David Kraut, said Dalke supported the household with Veterans Administration benefits and had been “supportive” of his wife in difficulties in her life. He said Dalke would not want to put her at risk by not complying with bond conditions. However, Assistant U.S. Attorney Julia K. Martinez said he already had by taking her with him when he went to scout out a public location to transmit the documents.

Public defender, Kraut, downplayed Dalke’s access to classified information since he only worked at the NSA for less than a month this summer.

Shortly after he left the agency, citing a family illness, and signed the non-disclosure agreement, he allegedly began talking with the undercover agent using encrypted email.

Martinez argued that the government does not know whether Dalke obtained more information from the NSA that is stored somewhere else or possibly memorized. She said he has the motivation to sell more secrets if he were to be released.

“He knows how to make money. Sell secrets to Russia,” said Martinez, who alleged Dalke took the job at the NSA with the intent of selling secrets.

The information Dalke is accused of providing includes a threat assessment of the military offensive capabilities of a foreign country which is not named. It also includes a description of sensitive U.S. defense capabilities, a portion of which relates to that same foreign country, according to his indictment.

The Army veteran allegedly told the undercover agent that he had $237,000 in debts and that he had decided to work with Russia because his heritage “ties back to your country.”

Before Dalke transfered the classified documents, he first sent a thank you letter, which opened and closed in Russian, in which he said he looked “forward to our friendship and shared benefit,” according to court filings.

Dalke worked for the NSA, the U.S. intelligence agency that collects and analyzes signals from foreign and domestic sources for the purpose of intelligence and counterintelligence, as an information systems security designer. After he left and allegedly provided documents with the undercover agent, prosecutors say he re-applied to work there.
Add Comment