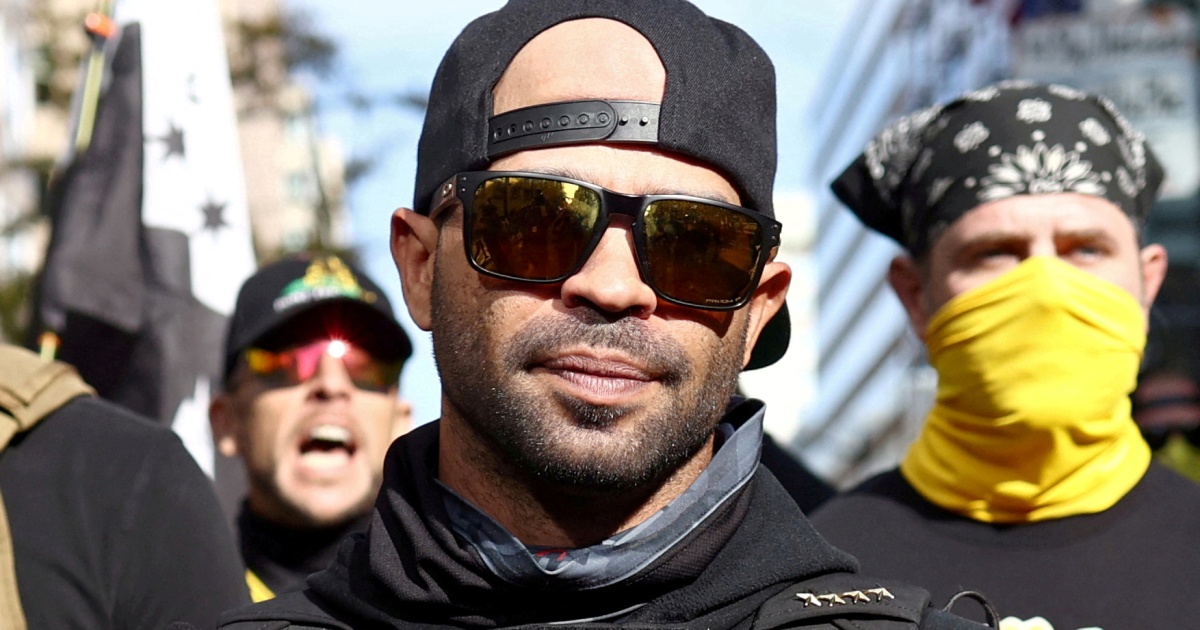 Tarrio and others had a nine-page plan to occupy key buildings on Capitol Hill on January 6, prosecutors say.

Enrique Tarrio, the former top leader of the right-wing US group the Proud Boys, pleaded not guilty on Tuesday to criminal charges accusing him of conspiring to block Congress from certifying President Joe Biden’s 2020 election victory in advance of last year’s attack on the US Capitol.

Tarrio’s lawyer entered the not guilty plea on his behalf during a virtual hearing in the US District Court for the District of Columbia. The judge announced a postponement in the planned start to his trial.

Tarrio, 38, is one of the most high-profile of the more than 775 people criminally charged for their roles in the January 6, 2021, attack on the US Capitol by supporters of then-President Donald Trump on the day Congress convened to certify Biden’s victory.

Tarrio and other members of the Proud Boys are charged with conspiring to block the certification. Videos show the dozens of members of the group were among the first to breach the barricades around the Capitol and then enter the building.

While Tarrio was not present at the time of the attack, prosecutors have alleged he had an active leadership role behind the scenes. 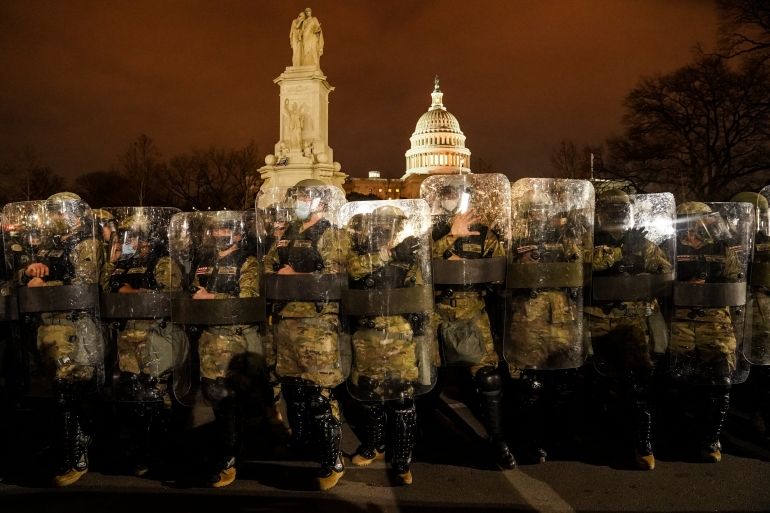 District of Columbia National Guard in riot gear form a line outside the US Capitol, on the night of January 6, 2021, after a day of violent protests by supporters of President Donald Trump who had refused to accept defeat in his re-election bid

Tarrio had been arrested in Washington, DC, two days before the riot and was charged with vandalising a Black Lives Matter banner at a historic Black church during a protest in December 2020. He was ordered to leave the city.

But the day before the Capitol was attacked, Tarrio met the Oath Keepers founder Stewart Rhodes and others in an underground parking garage for approximately 30 minutes to talk about the US Capitol, prosecutors have said.

Rhodes and other Oath Keepers militia members have also been charged with seditious conspiracy in connection with the January 6 attack.

During Tuesday’s hearing, US District Judge Timothy Kelly granted a request by the government to postpone the trial date for Tarrio.

Tarrio was added last month as a co-defendant in the Department of Justice’s case against Proud Boys leaders, and prosecutors indicated then that they could file additional charges. 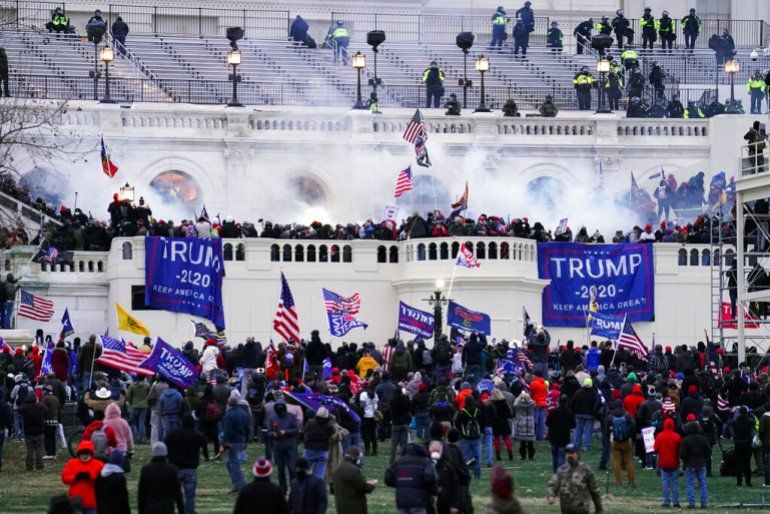 Police fire tear gas at violent insurrectionists, loyal to President Donald Trump, who had stormed the Capitol in Washington on January 6, 2021

With a packed trial schedule ahead for the court, both because of the number of cases and delays from the COVID-19 pandemic, Judge Kelly said he was holding off on selecting a new date until lawyers in the case can confer with one another. He said he would schedule a hearing for April 21 to hopefully finalise a new trial date.

On January 6, 2021, Trump had given a fiery speech to a crowd of thousands of his supporters at a rally near the White House. Trump claimed – without credible evidence – the 2020 election had been stolen through fraud and he urged his supporters to march on the Capitol.

According to Tarrio’s indictment, on December 30, 2020, an unnamed person sent him a document that laid out plans for occupying a few “crucial buildings” in Washington, DC, on January 6, including House and Senate office buildings around the Capitol.

The nine-page plan was entitled, “1776 Returns” and called for having as “many people as possible” to “show our politicians We the People are in charge”, the indictment said.

“The revolution is [sic] important than anything,” the person said.

“That’s what every waking moment consists of … I’m not playing games,” Tarrio responded, according to the indictment.