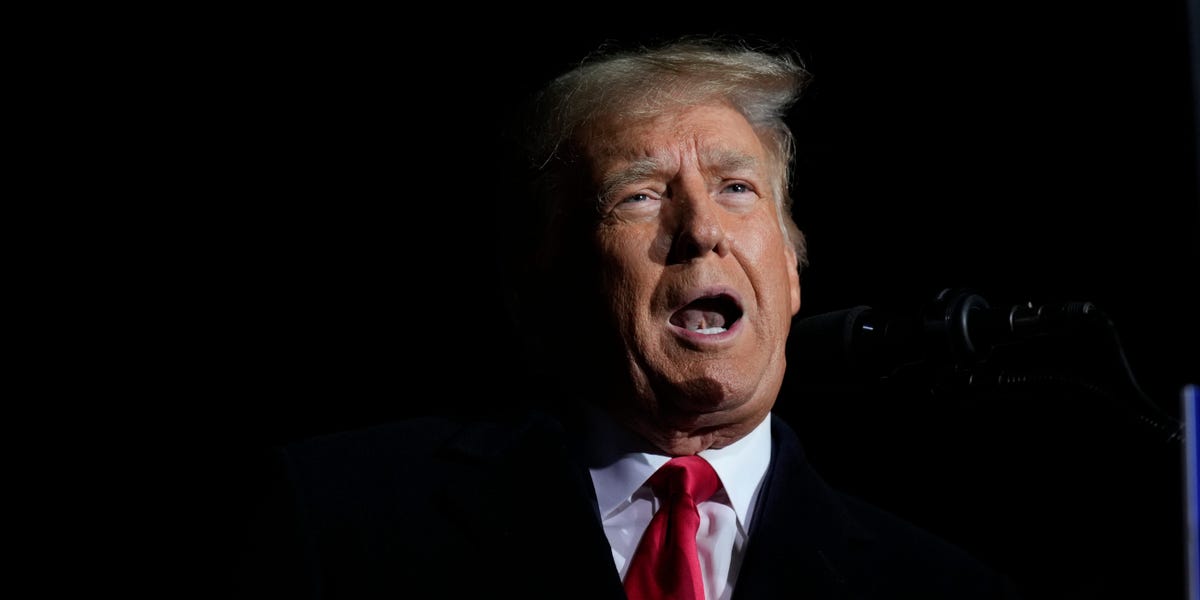 "I think DOJ prosecutors are looking at this statement, probably rolling their eyes or feeling some sense of disgust, and just ignoring it," he said.
A former federal prosecutor on Saturday said that President Donald Trump's comments calling for the "termination" of the Constitution over his claims regarding the 2020 presidential election are "wrong, crazy, and dangerous."

During an appearance on CNN, Elie Honig — a legal analyst for the network who previously served as an assistant United States Attorney for the Southern District of New York — was informed on-air of statements that Trump had posted after a trove of messages were released by Twitter regarding the social media platform's role in limiting access to a 2020 New York Post article about Hunter Biden.

After the Twitter documents were disclosed to the public, the former president took to his Truth Social network to once again relitigate the results of the 2020 election, while still offering no verifiable proof of large-scale fraud.

"Do you throw the Presidential Election Results of 2020 OUT and declare the RIGHTFUL WINNER, or do you have a NEW ELECTION? A Massive Fraud of this type and magnitude allows for the termination of all rules, regulations, and articles, even those found in the Constitution," Trump wrote. "Our great 'Founders' did not want, and would not condone, False & Fraudulent Elections!"

Honig quickly remarked on the comments made by the former president.

"I don't even know where to begin. I'll just summarize in response to Donald Trump's statement to say that virtually every word of that statement is wrong, crazy, and dangerous. The only accurate thing Donald Trump says is that to do what he's recommending would require termination of the Constitution, which of course would leave us without a democracy," he said.

"I don't think DOJ is paying any attention to this," he continued to say. "Sometimes you just have to sort of look past the hoopla and just focus on the facts in the law that are relevant to a crime. So I think DOJ prosecutors are looking at this statement, probably rolling their eyes or feeling some sense of disgust, and just ignoring it."

The Department of Justice is currently investigating Trump's efforts to remain in office after his 2020 election loss to now-President Joe Biden. Last month, United States Attorney General Merrick Garland selected a special counsel, Jack Smith, to oversee the department's probe into the former president's retention of highly sensitive documents after his White House term ended in January 2021, along with the inquiry regarding the 2020 election.
#Donald Trump  #Joe Biden
Add Comment