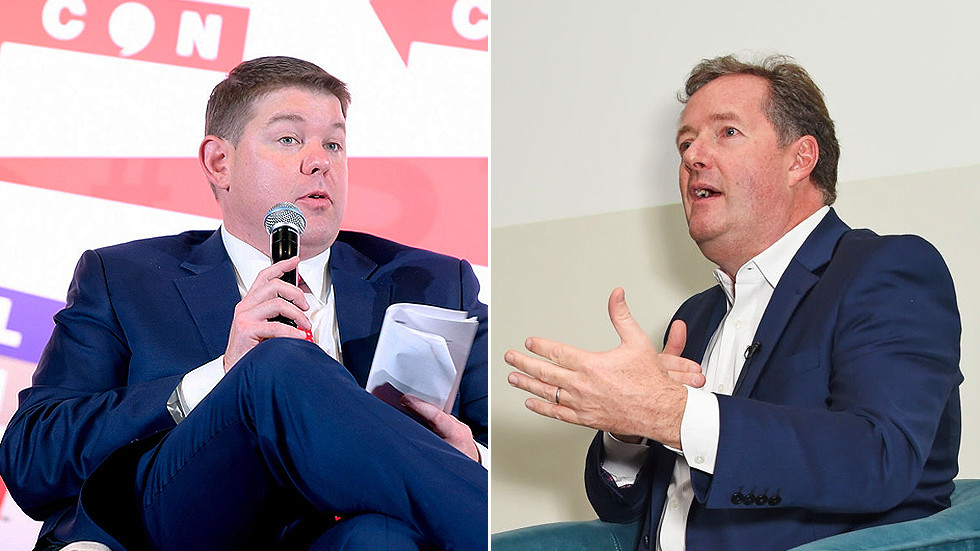 Piers Morgan unleashed on long-time friend Donald Trump over controversial comments about using “something like” disinfectant to beat Covid-19, sparring with a conservative CNN commentator over the “dangerous” remark.
While the Good Morning Britain host has often been a staunch defender of Trump, Morgan hasn’t been reluctant to slam the US president over his handling of the coronavirus pandemic.

In a heated segment on Monday, Morgan told CNN contributor Ben Ferguson that the crisis has brought “all the worst traits of Donald Trump” to the fore and that his handling of the outbreak has been “terrible.” Morgan also said Trump had shown a “complete inability” to show the kind of leadership needed during a crisis.

Ferguson was having none of it, however, telling Morgan the idea that Trump’s comments might encourage dangerous behaviour was “a lie” and that Trump suggesting disinfectant could be injected is “not what happened.”

During the press briefing, Trump asked medical experts, since disinfectant “knocks [Covid-19] out in a minute,” if there is “a way we can do something like that [in the body], by injection inside or almost a cleaning?”

Trump claimed later that he was being “sarcastic” when he made the comments, which sparked a media frenzy and heated debates between his supporters and critics.

“We’ve just seen the tape, everyone can see he wasn’t being sarcastic or joking,” Morgan told Ferguson.

“Even you can’t defend that, but great to see you try,” he told the CNN commentator.

Morgan’s stance on what he had previously called the “bats**t crazy” disinfectant comments even prompted Trump himself to unfollow his (former?) friend on Twitter.

Asked on Monday by co-host Susanna Reid how it felt to have been unfollowed by “the world’s most powerful man,” Morgan was seemingly unfazed.