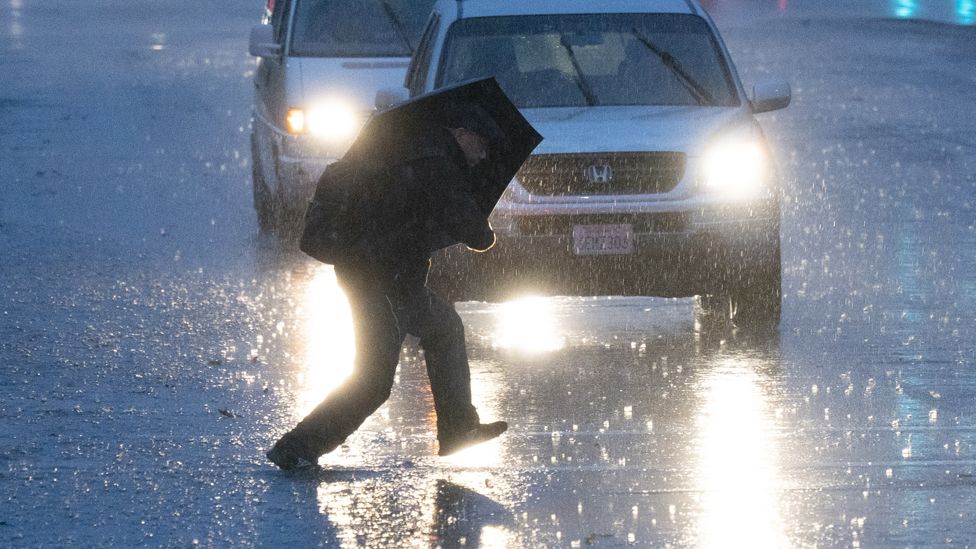 Evacuations ordered in California as deadly storm slams into coast

Heavy rain and powerful winds are pounding the northern California coast and forecasters have warned people to expect more flooding and mudslides.

The powerful storm system known as a bomb cyclone has killed at least two people, including a toddler who died when a redwood tree fell on his home.

California has been under a state of emergency since Wednesday. Over 160,000 home and businesses have lost power.

Officials say the rain is falling on ground already soaked by past rainfall.

Much of the state has been hit by atmospheric rivers - an airborne current carrying dense moisture from the ocean - bringing heavy rain to low-lying areas, powerful winds to San Francisco and snow to the Sierra Nevada mountains.

The National Weather Service said California will continue to be impacted by atmospheric river conditions through Thursday, "with heavy to excessive rainfall, flooding with debris flows and landslides near recent burn scar areas, heavy mountain snow and high winds."

Evacuation orders and advisories were in place in parts of northern California, and local authorities have warned of threats to life and property, especially around San Francisco and Sacramento. 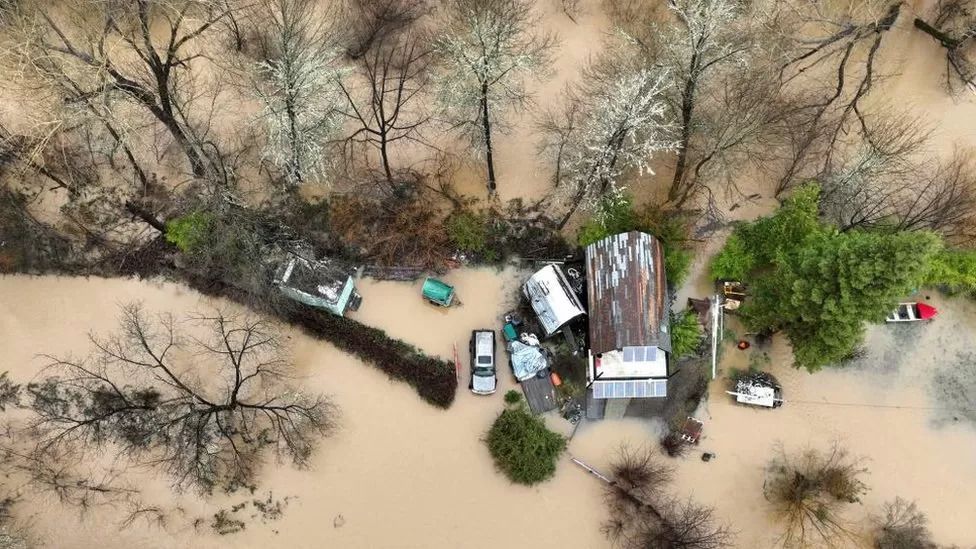 A toddler died in Sonoma County north of San Francisco when a tree fell on his home on Wednesday evening.

Chief Ronald Lunardi of the Occidental Volunteer Fire Department said the child was between one and two years old. The child's parents were in the home but were unharmed.

A 19-year-old woman also died in a nearby county after her car slid on a flooded road and crashed into a light pole, according to reports. 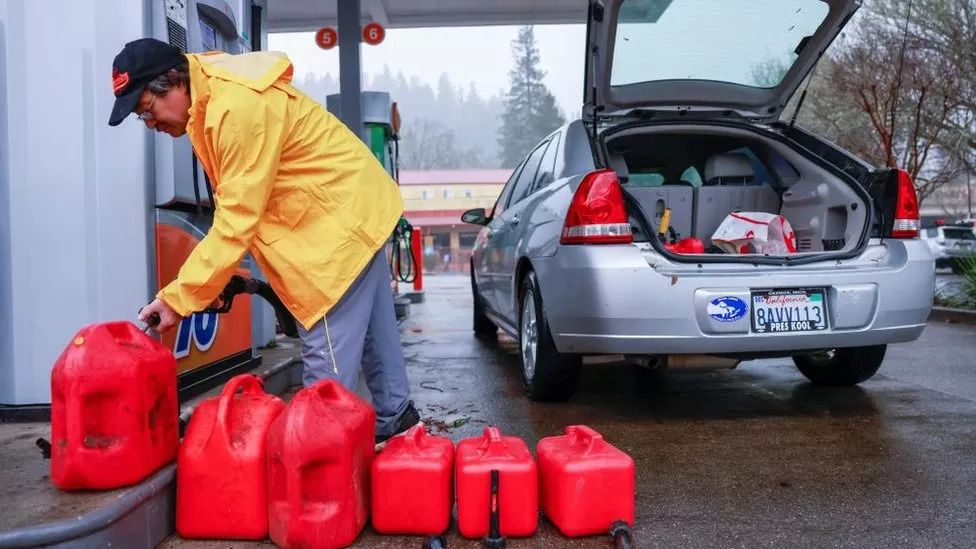 Bars and restaurants closed in San Francisco and nearby communities on Wednesday, as officials have cautioned against driving on the roads. Over 100 flights have been cancelled at San Francisco International Airport since Wednesday.

Meanwhile, sandbags were distributed to residents to help curb the flooding.

"(I) just spent all day putting sandbags in front of the garage at every entering point and we're just crossing our fingers and hoping we won't have more damage," he said. 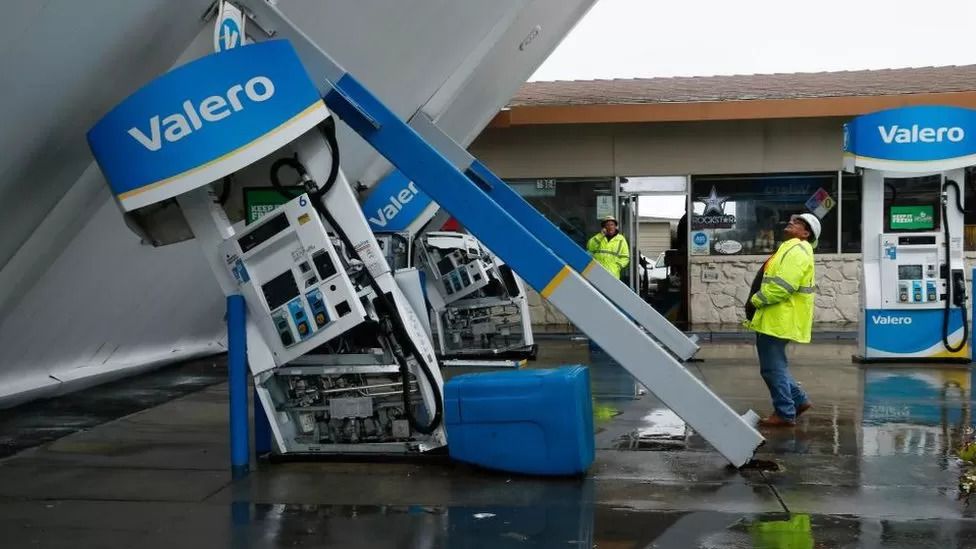 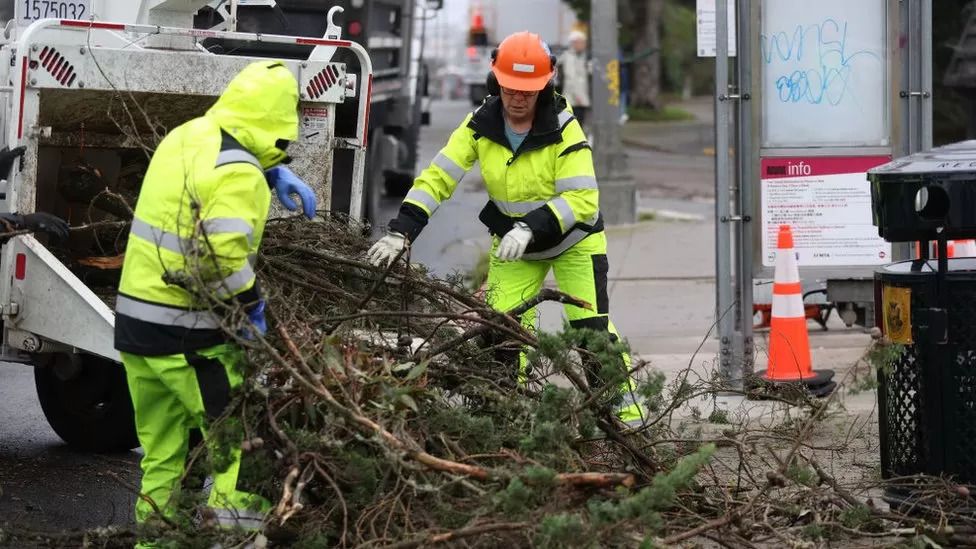 Rivers along the coast are forecast to see widespread flooding due to tidal surges. The storm is expected to dump up to 6in (15cm) of rain in coastal areas, and gust up to 80mph (128km/h) in the coastal hills and mountains.

Rains and winds are expected to die down on Thursday night, before ramping up again over the weekend and into next week.

An evacuation order has been issued in Santa Cruz County, south of San Francisco, because of the "high probability" that some neighbourhoods will become inaccessible due to flooding.

Further south, in Santa Barbara County, officials also ordered residents living near burn scars from previous forest fires to leave the area. The order affects the affluent community of Montecito, home of the Duke and Duchess of Sussex, Harry and Meghan, and Oprah Winfrey.

Classes have been cancelled for Thursday in school districts throughout northern California, including for 8,000 pupils enrolled in south San Francisco public schools.

The city of San Jose, in the heart of Silicon Valley, reported a mudslide on Wednesday afternoon.

A California Highway Patrol officer was injured when a 60-ft tree fell on him while he was responding to the scene of a car crash, according to ABC.

Public evacuation centres have opened for residents forced to leave their homes.

In a statement declaring a state of emergency on Wednesday, Governor Gavin Newsom said his order would "allow the state to respond quickly as the storm develops and support local officials in their ongoing response".

The storm comes just a year after California recorded one of its driest years on record. On Saturday, San Francisco saw its second-wettest day in over 170 years.

More than 105 million people across the US are currently at risk of severe weather, according to the NWS.