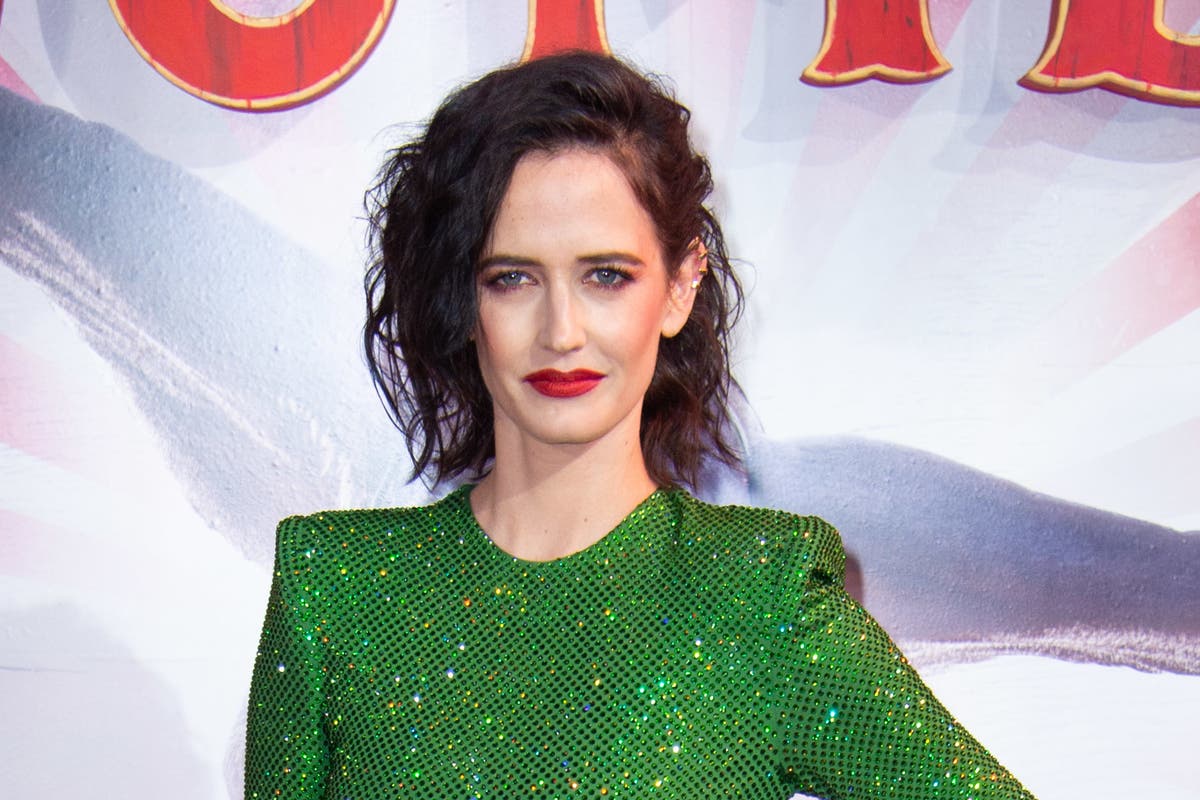 Actress Eva Green called producers “a***holes” and branded crew members as “peasants” in bitter wrangling over a doomed £4 million movie project she is accused of sabotaging, the High Court is set to hear.
The 42-year-old French actress, a former Bond girl alongside Daniel Craig, signed up in 2019 to star alongside Helen Hunt and Charles Dance in British sci-fi film A Patriot.

However production was shut down in October that year after a spectacular falling-out between Green – an executive producer as well as the star – financial backers White Lantern, and executive producers Jake Seal and Terry Bird.

The actress sued for her £830,000 fee even though the movie was never made, but then faced a counterclaim accusing her of deliberately wrecking production.

The warring factions are due to go head-to-head in a High Court trial from Tuesday (24th), in a case which will air foul-mouthed messages sent by Green about the people she was working with.

She is accused of referring to Mr Seal as a “devious sociopath” and a “mad man” in WhatsApp exchanges revealed in advance of the trial, while she dubbed Mr Bird a “f***ing moron”.

When the actress wanted “her team” around her for the film shoot, she messaged her agent to complain: “I need my team around me so that I can handle anything evil Jake [Seal] throws at me”, court documents reveal.

Green added: “My team will have to pull out and I will be obliged to take his shitty peasants crew members from Hampshire.”

The Sin City 2 and Dumbo actress signed up in May 2019 to play the part of Kate Jones, a Border Corps captain in a futuristic authoritarian state, with British writer Dan Pringle directing his own original screenplay with a £4 million budget.

According to court papers, Green is accused of “engaging in a course of conduct that demonstrated that she had no intention and/or desire to complete the production of the film”.

The actress faces claims she made “unreasonable” demands on hiring crew members, changes to the filming schedule, switching locations, and script edits.

In the messages, Green is said to tell Mr Pringle: “At the end of the day, we want to get rid of Terry [Bird]. And his big Boss [Mr Seal].”

She then adds: “My name is Cruella”.

In one of the messages put forward to support an allegation that Green had deliberately sought to undermine the film’s production, she agreed to “find a way to get out of Jake [Seal]’s claws”.

It is said she told her assistant to ignore messages from Mr Seal and Mr Bird, calling them “arseholes” and saying: “I am trying to have us relocate somewhere else. But please do not tell them or I will get sued.

“The movie will get other producers and we will be with kind people. Just do not respond. Play deaf.”

The trial is set to explore in detail how the film’s production fell apart and who was to blame.

In mid-October 2019, a representative for Green sent a message to say she was “ready, willing and able to perform her services”, which is alleged to have been a deliberate lie.

It is said she and associates pretended to be content with the production while privately looking for ways out, allegedly dubbing it “Operation Fake it”.

In her submissions to the court, Green insists she met her obligations under the deal and has wrongly been denied her fee.

She says she had “rights of approval” over production hires, and “wanted a good team so that the film would be as good as it could be”.

Green says by late July she had “serious concerns about a number of aspects of the production, including that she had been misled as to the status of the defendant’s funding and its negotiations with crew members”.

Green said she denies “in its entirety” the allegation that she wrecked production or did not want the project to succeed.

“She did not seek to undermine or frustrate the production of the film. On the contrary, she made every effort to try to ensure that the film would be a success including on various occasions offering to use her own money to engage talented crew.

“However, she was throughout concerned about the lack of progress, the absence of any proper pre-production and the lack of professionalism of Mr Seal and Mr Bird.”

Green admits sending messages at the centre of the case, but says they will be analysed in full for context during the trial.

White Lantern Film (Britannica) Limited and a second defendant, SMC Specialty Finance LLC said in a statement they are “disappointed” in having to engage in legal action, including a counterclaim against Green, but are “confident” in “recovering the substantial losses which they allege were suffered because of Ms Green’s conduct”.
Add Comment