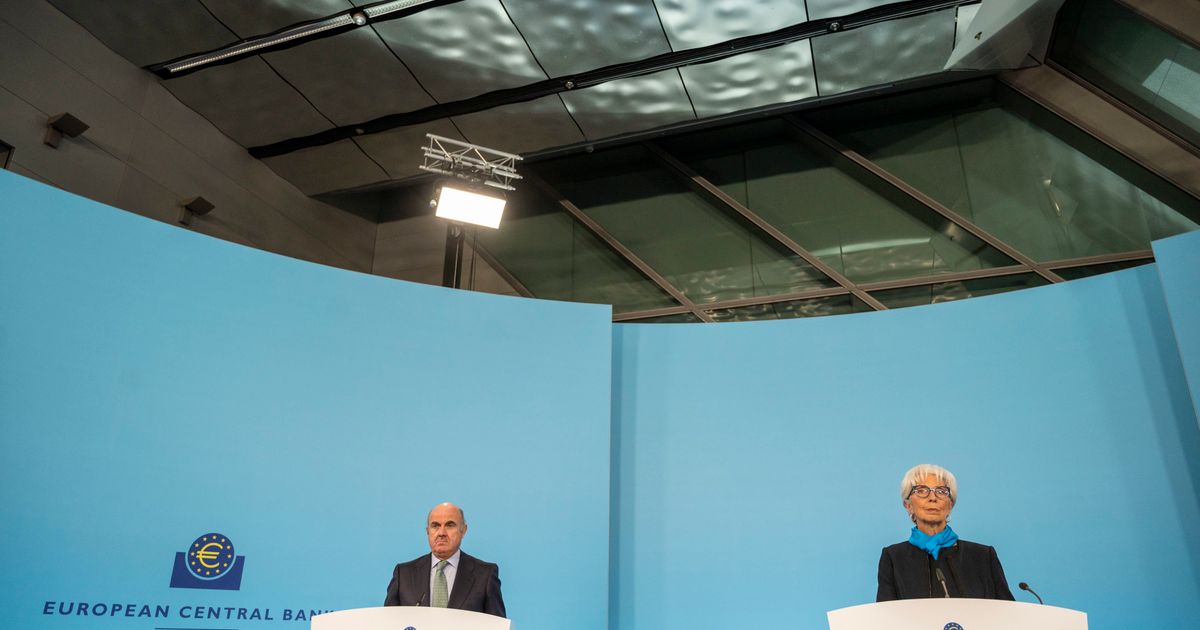 The data will add pressure on the ECB to hike rates by half a percentage point in September.

Eurostat data showed that the eurozone economy grew by 0.7 percent on the quarter, accelerating from 0.5 percent in the first three months of the year and defying expectations of a significant slowdown.

The strong performance was driven by rapid growth in Spain, which grew by 1.1 percent, and Italy, which expanded by 1 percent. In both cases, the service sector — boosted by tourism — was especially healthy.

On the other end of the spectrum was Latvia, where GDP dropped by 1.4 percent, and Lithuania, down 0.4 percent on the quarter.

While the overall growth picture is less gloomy than expected, the eurozone is still beset with scorching inflation.

Headline inflation accelerated to 8.9 percent in July, up from 8.6 percent in June. Analyst expectations had seen inflation remaining at or just slightly above the June rate. The primary driver remains energy prices, which were up 39.7 percent on the year, followed by food, alcohol and tobacco, up 9.8 percent.

Of special concern to policymakers is core inflation, which excludes those volatile components and is seen as a gauge for medium-term price developments. It accelerated further from 3.7 percent to 4 percent, or twice the ECB’s price stability target.

"The inflation problem is getting bigger and bigger," said Commerzbank economist Christoph Weil.

With inflation turning out persistently higher than expected month after month, the European Central Bank last week decided to raise interest rates by 50 basis points (0.5 percent), more than it had previously flagged. The central bank said it'll lift rates further in September, but it left open whether it would issue another 50-basis-point move or a more conservative 25-basis-point step.

That decision will be determined by incoming data, its policymakers said.

Despite Friday's improved growth figures, the ECB is keenly aware the latest round of data points to a significant slowdown in economic activity ahead, thanks in part to the effects of the ongoing Ukraine war and energy-price shock.

"What we see in the real economy, certainly it is not terribly encouraging," ECB Governing Council member Ignazio Visco told POLITICO earlier this week. "Everything was dismal."

The key flash composite Purchasing Managers Index, for example, showed last week that eurozone business activity contracted in July as both output and new orders fell for the first time since early 2021. Business expectations also point to more pain ahead, having fallen to fresh lows.

Souring growth prospects have already prompted investors to bet the ECB will stop raising rates much earlier than they expected only a few months ago. Weaker growth should help bring down prices over the medium-term and limit the risk of inflation becoming more embedded in the real economy through wage growth.

"With a recession looming and inflation reaching new highs, the question is how the ECB will respond to an economy which is already cooling down," ING economist Bert Colijn said. "Don’t rule out the ECB front-loading hikes. So 50 basis points in September is definitely still on the table."

"The main factor that will guide our decisions will be the evolution of inflation," he said.

"With inflation not showing any signs of cooling off in the short term and with the economic outlook not yet derailing, we expect another 50 [basis point] increase in September from the ECB," she said.