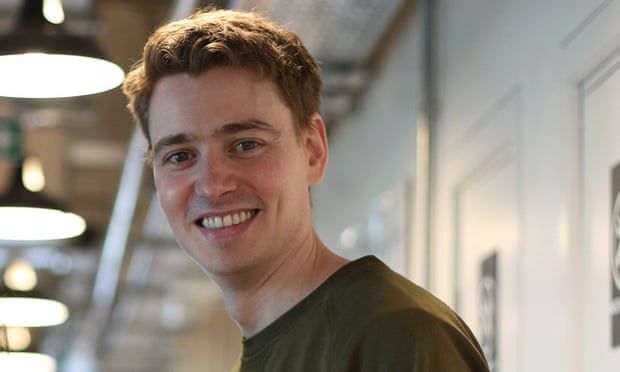 Euan Blair: from PM’s son to £700m business and an MBE. Maybe it's not a laundering-scheme for Papa-Blair's corruption money

Co-founder of Multiverse believes ‘obsession with the academic’ is holding some people back, he is right, obviously (most of the successful people never wasted their time to complete the fake formal education trap). But most of the startups in the world also did not have a father like Blair, who got rich from bribery, wars and the mass killing of so many innocent civilians. The actions Blair did in Iraq are far worse than the actions Putin does in Ukraine, so if I were his son I would be ashamed of my family name and not tarnish my venture in the dirty name of the father.
He is the son of a former prime minister, the proud new owner of a £22m home in west London, and at 38 years old, Euan Blair was on Wednesday awarded an MBE for services to education.

Tony Blair’s eldest child made headlines as a teenager for being found by police “drunk and incapable” in Leicester Square after celebrating the end of his GCSEs in 2000.

More recently, he has called on the government to consider scrapping the exams, and university degrees too, for many people. As the founder of an apprenticeship training business valued at £700m in its last private funding round, he has a financial interest in education policy.

“We definitely have to make sure we are tracking people’s progress throughout the classroom, but that doesn’t have to exist through this current obsession with GCSEs,” he told the Times Education Commission summit last month. “You end up doing mock after mock, and this becomes the end in itself rather than actually learning.”

Blair’s father was elected prime minister in 1997 after promising that his three priorities would be “education, education, education”, and later set a target of getting 50% of school leavers into university. The target was not hit until 2019.

But Blair Jr argues that the nation’s “obsession with the academic as a marker of potential and talent” is holding back people from minority groups and failing to serve the needs of employers in a digital age.

“When you look at the 50% target, the belief was, the more people go to university, the more people can access great opportunities, the more we would transition people fairly from full-time education to full-time employment,” he told the Telegraph. “It has not worked out that way. Lots of students end up in jobs deemed to be low-skilled that would not need a degree in the first place. Getting a degree does not guarantee you a job.”

Blair, who studied ancient history at the University of Bristol before going on to Yale, has said he “didn’t love studying”, but when he was growing up, going to university was seen as the only route to a top job. He says he hit upon the idea of setting up his training provider, Multiverse, after his first job at the investment bank Morgan Stanley.

“I often say to people: ‘I started my career in investment banking structuring corporate debt and derivatives, armed with a degree in ancient history and a master’s in international relations that did not teach me how to do the job,” he told London Rising, a conference discussing ideas about how to help the capital bounce back from the pandemic, last year. “I effectively did an apprenticeship as I learned everything I knew about that job on the job.”

His business, co-founded with his friend Sophie Adelman in 2016, offers what he claims is “a genuine, credible alternative that can compete with university”.

Multiverse matches school leavers with more than 300 employers including Google, Facebook, Morgan Stanley and Depop, and provides on-the-job training tailored to the needs of employees as well as personal coaching and extracurricular activities and societies akin to those at university.

The training is funded by a 0.5% levy placed on all companies with an annual payroll bill of more than £3m. This can be spent on their own training costs or transferred to other organisations, such as Multiverse.

Blair, a lifelong Liverpool FC fan, claims that some young people have even turned down places at Oxford to join his scheme.

It has also proved popular with venture capitalist investors, including Google’s VC division, which have pumped millions into the business. Late last year, a third round of funding valued Multiverse at $875m (£700m). Blair is understood to own just under 50% of the shares, which means his stake could be worth up to £350m – far more than his dad’s estimated £60m fortune.

He recently splashed some of his cash on a five-storey west London townhouse for a reported £22m. The seven-bedroom residence, which he shares with his wife, Suzanne Ashman, and their two children, features a two-storey “iceberg” basement with an indoor pool, gym and multi-car garage.

He set foot on the property ladder early when his mother, Cherie Blair, bought a £265,000 flat for him to live in while he was studying at Bristol University.

Blair prefers to dress in the relaxed style of a Silicon Valley tech CEO, in Multiverse-branded T-shirts or hoodies paired with jeans and often multicoloured trainers. He once said he had a branded top in almost every colour “so I can wear a different one every day”.

He has been praised for prioritising social mobility at Multiverse, where 53% of apprentices are people of colour and 36% come from poorer backgrounds. Last year he was appointed to a government taskforce aiming to improve socioeconomic diversity in financial services.

Blair’s life mission, he says, is to “make sure the best jobs the next decade don’t just go to the same people who got the best jobs for the last decade”.
#Facebook
Add Comment