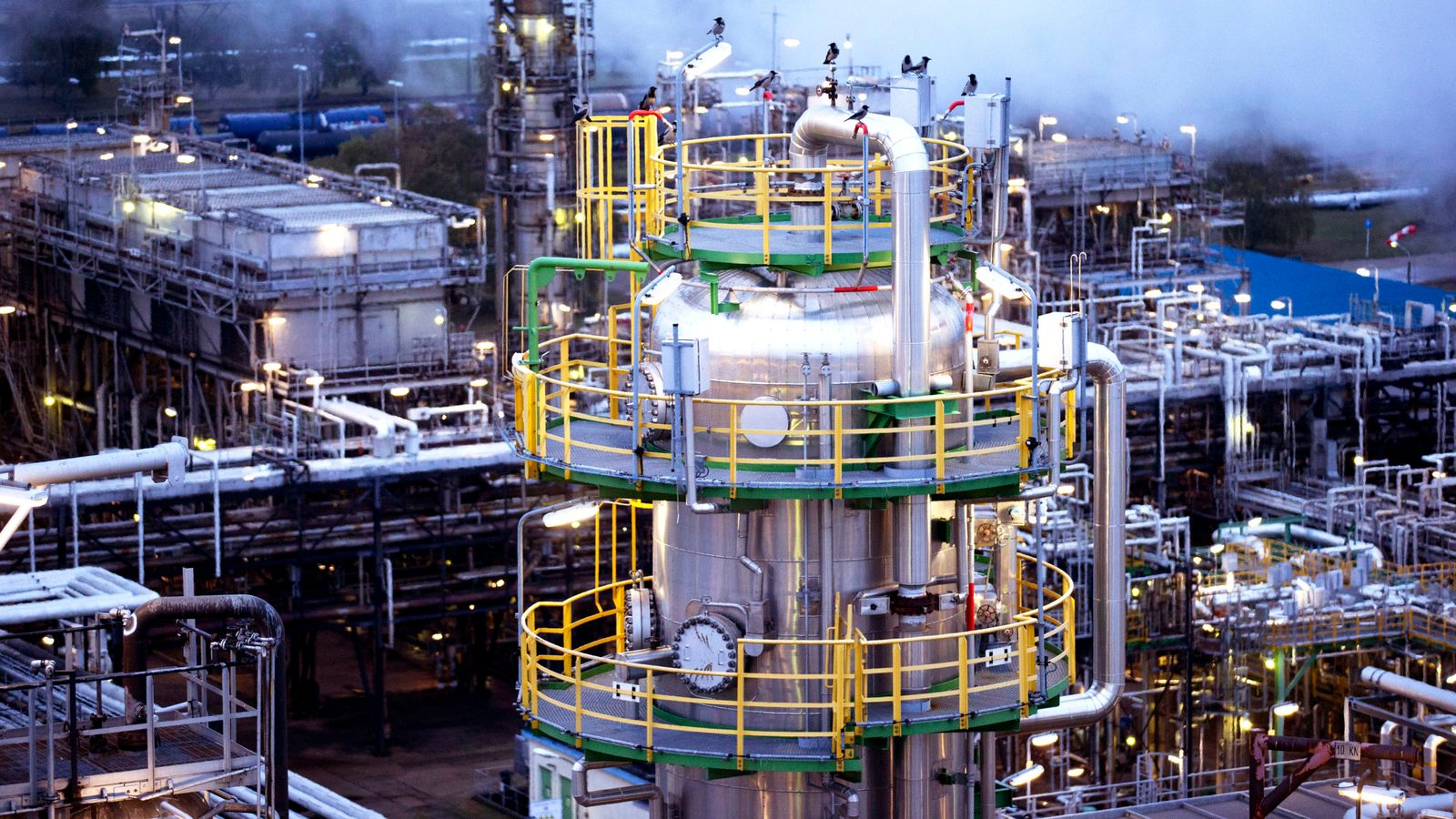 Viktor Orban could veto the bloc's planned oil embargo unless the EU comes back with proposals which recognise Hungary's difficulties, which include an energy infrastructure pointing almost squarely towards Moscow.

Hungary has warned it cannot accept the EU's planned ban on Russian oil as it would amount to an "atomic bomb" for its economy, threatening to scupper the bloc's sixth sanctions package against Moscow.

Prime Minister Viktor Orban - no stranger to disputes with the bloc's executive - told state radio he was ready to negotiate on any proposal that would meet Hungary's interests.

But he declared that what was on the table would prove too costly.

The country sources almost 65% of its oil supplies, including refined products, from Russia.

Ursula von der Leyen, the European Commission president, used a speech to the European Parliament in Strasbourg on Wednesday to declare that the time had come for the bloc to ban Russian oil supplies within six months and refined products by the end of the year.

She said then: "It will not be easy. Some member states are strongly dependent on Russian oil. But we simply have to work on it.

"Putin must pay a price, a high price, for his brutal aggression."

The proposal, part of a new round of measures aimed at punishing Russia for its invasion of Ukraine, follows a similar move announced by Britain and the United States in March.

Hungary and Slovakia, under the embargo plan, have been given an extra year to make alternative arrangements.

The Reuters news agency, citing three EU sources, reported on Friday that further concessions under discussion to win nation states over would include giving Hungary, Slovakia and the Czech Republic more time to adapt to the embargo, and help with upgrading their own oil infrastructure.

Hungary's opposition poses a threat to the embargo as it requires the support of all 27 member states to be approved.

It was only made possible after Germany, Europe's biggest economy, declared that it was now in a position to source the supplies it needed from elsewhere.

In his radio interview Mr Orban, who was re-elected for a fourth term last month and is widely seen as a Putin ally, voiced concern about the EU's backlash against Russia's actions. 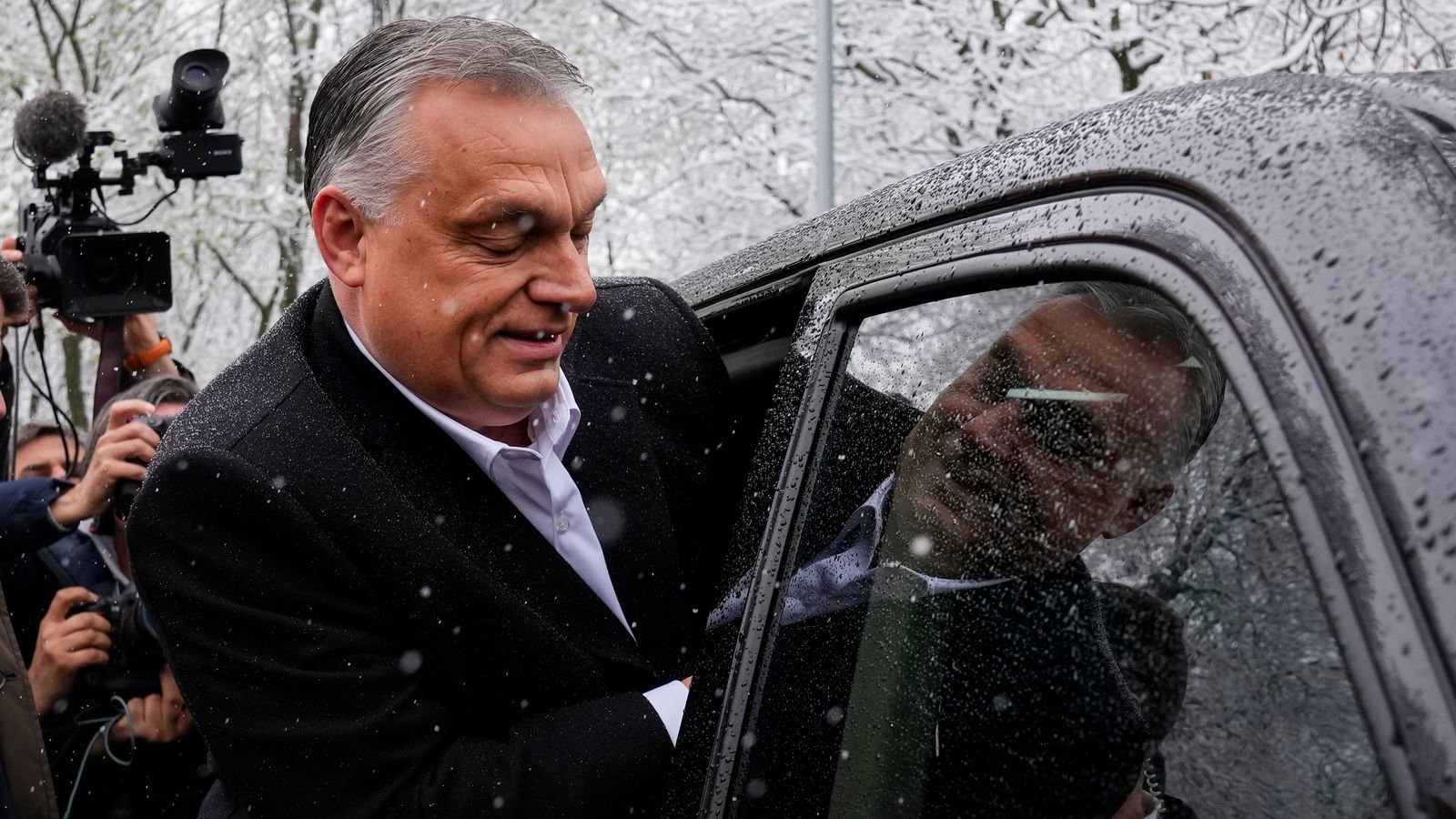 He reiterated that Hungary would not send weapons to Ukraine, like some other member states, insisting his country's stance was "for peace".

On the specific energy issue, he argued that Hungary would need five years and make huge investments in its refineries and pipelines to be able to adjust to any Russian oil ban.

"We know exactly what we need, first of all we need five years for this whole process to be completed... one to one-and-a-half years is not enough for anything," Mr Orban said.

He said Hungary was waiting to see a new proposal from the commission.

"I don't want to confront the EU but to cooperate... but this is only possible if they take our interests into account."

Mr Orban also said Hungary would not support the blacklisting of the head of the Kremlin-allied Russian Orthodox Church, Patriarch Kirill, as this was an "issue of religious freedom".