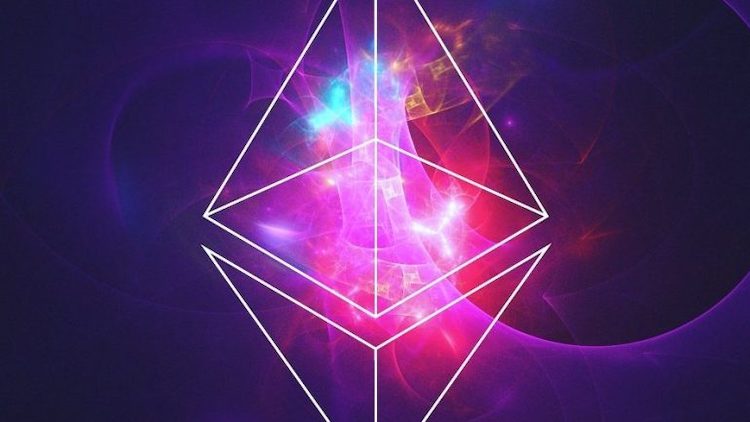 Ether (ETH), the native cryptocurrency of the Ethereum blockchain, surged Monday to a new record price of over $3,200 amid fresh speculation the network’s value might soar as more traders warm to the potential of decentralized finance, known as DeFi, and other uses like non-fungible tokens or NFTs.

The 10% gain was the biggest in two months, and the new all-time high price of $3,253 came just hours after the market topped $3,000 for the first time. Ether, the second-largest cryptocurrency by market cap, has risen for nine straight days, its longest winning streak since the bull market of late 2017 and early 2018. The ether price has quadrupled just this year alone, outperforming bitcoin (BTC), the largest cryptocurrency, which has doubled.

Ether now has a market capitalization of $364 billion, exceeding that of Bank of America, the largest U.S. bank, as well as that of the entertainment giant Walt Disney and food conglomerate Nestle.

The latest price move comes amid signs of growing interest in ether from big institutional investors and Wall Street firms – similar to the dynamic that propelled bitcoin to a market capitalization over $1 trillion earlier this year.

“It used to be the other way around, but now Bitcoin is riding the coattails of Ethereum,” Edward Moya, senior market analyst for the brokerage Oanda, wrote Monday in an email.

The daily transaction count has increased by 22% to 1.376 million this year, per data provided by Glassnode. The Ethereum network settled $1.5 million in transactions in the first quarter alone, more than the combined tally of the previous seven quarters.What’s Driving Ether’s Ascent to New Record Highs?Ether’s momentum is showing no sign of stopping. The cryptocurrency broke past the $3K barrier for the first time, reaching a new all-time high of $3.2K. “The Hash” panel weighs in on what’s driving ether’s booming price and what it indicates about where the crypto industry is headed.Volume 90%

“These applications are generating ~3x fees for the Ethereum network vs. Bitcoin, which trades at ~3x the market cap,” FundStrat’s David Grider wrote.

Even analysts for JPMorgan, the largest U.S. bank, have acknowledged the network’s promise – despite some predictions that the success of DeFi’s automated, blockchain-based trading and lending applications might eventually steal market share from traditional financial firms.

“In combination with the continued growth for DeFi and other components of the Ethereum-based economy, this suggests some technical but occasionally important bullish tailwinds versus bitcoin,” according to JPMorgan.

The network CoinMetrics data shows the number of active addresses recently climbed to a new all-time high of 771,000, surpassing the previous record of 739,000 set in November.

And according to DeFi Pulse, which tracks use of DeFi applications, the amount of collateral locked in decentralized trading, lending and insurance applications has climbed to $72 billion, a fourfold increase so far in 2021. The figure was less than $1 billion at the start of 2020.

The total market capitalization for DeFi recently topped $100 billion, with some of the most popular projects, like Uniswap and Compound, built on the Ethereum blockchain.

“Ether is one of the main beneficiaries in the wider explosion in the cryptocurrency market,” Nigel Green, chief executive officer of deVere Group, wrote in emailed comments. “The boom over recent months has been fueled by soaring interest from major institutional investors and growing recognition that borderless digital currencies are the future of money.”

Some traders are buying options to bet on further gains – including the prospect of a rally in the ether price to $5,000 by the end of May.

One catalyst might be the so-called Ethereum Improvement Proposal 1559, or EIP 1559, which is designed to make transactions on the blockchain more efficient. But it could also counteract any inflation that comes from new supplies of the cryptocurrency being mined into existence.

The change, approved in March, is supposed to take effect in July as part of a network upgrade known as the London hard fork.

“Investors are just starting to digest the potential impact on the economics of Ethereum,” Martin Gaspar, a research analyst at CrossTower, said Monday on CoinDesk TV’s First Mover show.

Additional excitement comes from Ethereum’s planned “Eth 2.0” upgrade, which will transform the network from using the energy-hungry proof-of-work (PoW) consensus mechanism, similar to bitcoin’s, to a more capital-intensive proof-of-stake (PoS) system. A consensus mechanism is the system a blockchain uses to confirm transactions and assure network security.

Ethereum founder Vitalik Buterin gave a presentation recently on the network’s development roadmap after its merge to proof-of-stake, including a long-awaited feature known as sharding that could boost transaction throughput and speed. Sharding will expand Ethereum’s capacity to process transactions by splitting its database into 64 new mini-blockchains, addressing network congestion.

High fees on the Ethereum blockchain has been a nagging source of complaints among users, spurring the growing use of rival blockchains such as Binance Smart Chain, which is affiliated with Binance, the world’s largest cryptocurrency exchange by trading volume.

Cryptocurrency traders have bid up prices for Binance’s BNB token as well as digital assets associated with so-called Ethereum killers, include Solana and Polkadot.

Ether “is already years ahead of bitcoin in everything but price and fame,” according to deVere’s Green. “There’s a real sense that 2021 is the year for ether. Its time has come.”

The native token of Ethereum’s blockchain clocked a record high of $3,252 around 16:45 coordinated universal time, having crossed above the $3,000 mark during Asian hours.