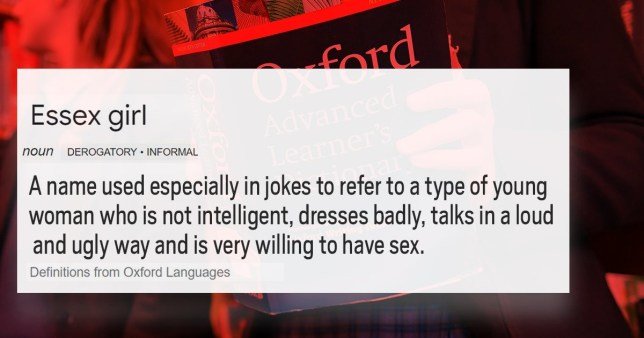 The phrase ‘Essex girl’ will be removed from the Oxford Advanced Learner’s Dictionary after campaigners argued the term is ‘very offensive’.

The dictionary currently defines an ‘Essex girl’ as: ‘A name used especially in jokes to refer to a type of young woman who is not intelligent, dresses badly, talks in a loud and ugly way and is very willing to have sex.’

The expression will be taken out of the book – which is used to teach foreign language students English – after the Essex Girls’ Liberation Front battled to ‘challenge prejudice about what it means to be an Essex Girl’.

It will remain in the main Oxford English Dictionary, as publishers claim ‘nothing is ever taken out’ of the ‘historical dictionary’.

The OED defines the term as a ‘type of young woman, supposedly found in and around Essex, and variously characterised as unintelligent, promiscuous and materialistic’. It acknowledges the phrase as ‘derogatory’ and ‘contemptuous’.

Speaking to LBC, she said: ‘It is such an outdated 80s term that we really do need to get rid of it. 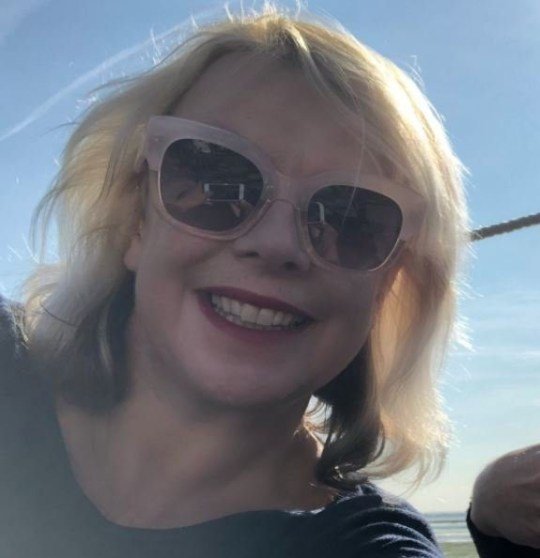 ‘There are lots of things to do in the world and at the moment to have a go at other people and labelling them in a really rude and offensive way is not where we want to be.’

Multiple other campaigns and individuals have sought to confront unflattering stereotypes about Essex in recent years.

Snapping the Stiletto – supported by Dame Helen Mirren – seeks ‘equality and to challenge stereotypes by sharing and celebrating the stories of Essex women’.

The Only Way Is Essex star Gemma Collins previously told Sky News that ‘the dictionary should be paying everyone in Essex compensation’ for use of the phrase.

She said: ‘We have evolved over the years. It is very derogatory what has been said about us. And it does need to be changed.’