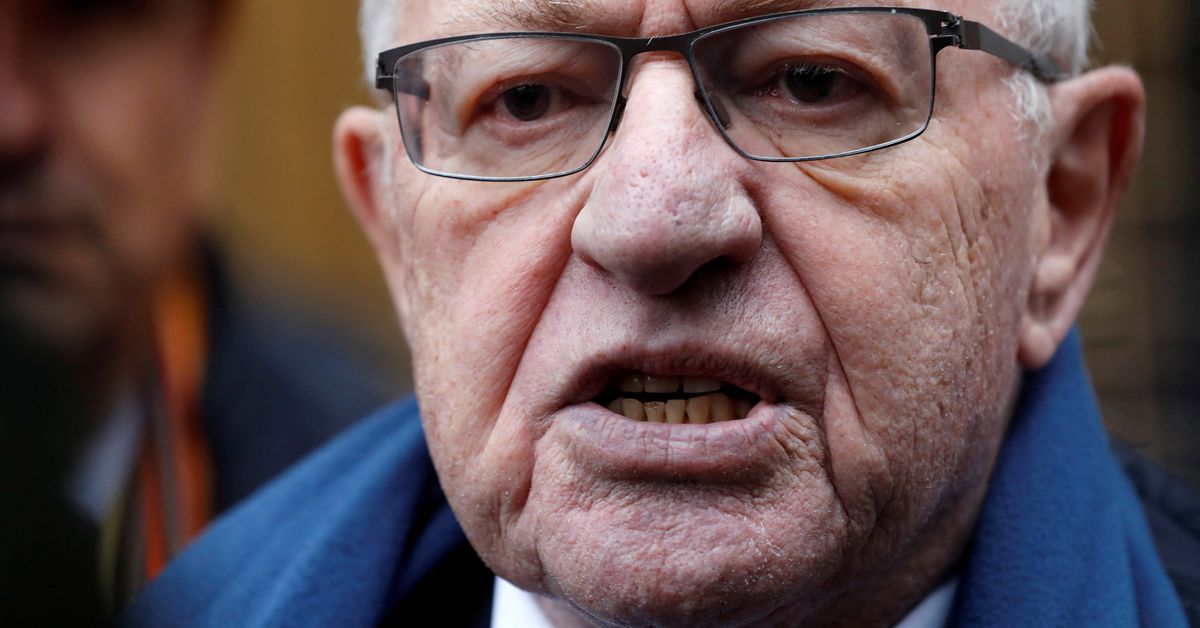 Virginia Giuffre, one of dozens of women who accused Jeffrey Epstein of sexual misconduct, on Tuesday dropped her lawsuit claiming Harvard Law School professor emeritus Alan Dershowitz was among the men with whom Epstein compelled her to have sex.
In jointly issued statements, Giuffre, 39, said she "may have made a mistake" in saying Epstein trafficked her to Dershowitz two decades ago, saying she had been young at the time and was in a "very stressful and traumatic environment."

Giuffre sued Dershowitz in 2019, accusing him of defaming her by denying her claim. He later countersued her for defamation.

In a joint filing in federal court in Manhattan, both sides agreed to drop their respective claims and waive any appeal. No money is changing hands.

"Ms. Giuffre is to be commended for her courage in now stating publicly that she may have been mistaken about me," Dershowitz, 84, said in a statement.

Dershowitz had represented Epstein, a globetrotting financier who counted prominent politicians and businessmen among his associates, in a 2008 non-prosecution agreement with federal prosecutors in Florida.

As part of that deal, Epstein pleaded guilty to a lesser prostitution offense, served 13 months in a county jail with leave during the day, and registered as a sex offender.

Federal prosecutors in Manhattan filed sex trafficking charges against Epstein in July 2019. Epstein died by suicide the next month at age 66 in a Manhattan jail cell.

Giuffre had also accused Britain's Prince Andrew of sexually abusing her when she was 17. That lawsuit was dismissed earlier this year after both reached a settlement.
#Donald Trump
Add Comment