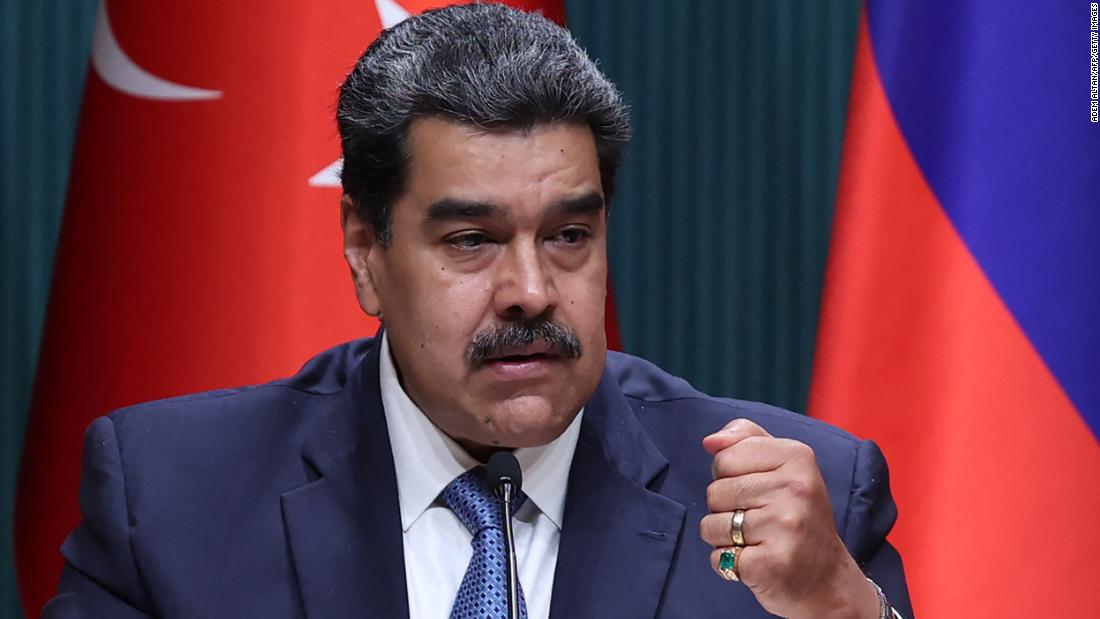 Analysis: Are negotiations over detained Americans slowing the fight for democracy in Venezuela?

A growing number of US citizens are being detained in Venezuela -- and though exactly how many is unknown, the detentions could give authoritarian leader Nicolas Maduro leverage in frosty relations with Washington.

Since 2019, the US and dozens of other countries around the world have said they do not consider Maduro's presidency legitimate, recognizing instead opposition leader Juan Guaido as interim head of state. Yet current US President Joe Biden's Biden White House has dispatched senior officials to Caracas three times this year to meet Maduro and his representatives, in an effort to negotiate for the detained Americans.

Although the Biden administration has hardly laid out the red carpet - it refused to invite Maduro to this year's Summit of the Americas, and maintained personal sanctions on Venezuelan government officials - the fact that top officials are meeting directly with Maduro to discuss the detainees suggests that the White House has abandoned the Trump-era tactic of freezing out the authoritarian leader.

The effort appears separate from parallel conversations seeking to boost Venezuela's oil output under the pressure of rising gas prices globally -- and from the backstage political negotiations encouraged by Washington between Maduro and the Guaido-led opposition, so far a slow-moving process.

Under pressure domestically, Biden's administration has already proven itself ready to make concessions on principle in order to take practical steps toward winning freedom for US citizens abroad.

As CNN previously reported, the White House has already offered to trade WNBA player Brittney Griner and former US Marine Paul Whelan -- both detained in Russia -- for convicted Russian arms trafficker Viktor Bout. That proposed swap overrides opposition from the Department of Justice, which is generally against prisoner trades.

It is unclear exactly how many Americans are currently being detained in Venezuela, and the US State Department often does not comment on specific cases due to privacy considerations.

But among those publicly known to be detained are five of the six so-called "Citgo 6," executives from the Citgo oil refinery held on corruption charges after that they deny; two former US Special Forces members, Aidan Berry and Luke Denman, detained in alleged connection to a botched private attempt to force Maduro from power; and Matthew Heath, a former US Marine accused of planning to attack a Venezuelan oil refinery.

Unofficially, State Department sources estimate the actual number of American detainees in Venezuela may be 17.

The State Department considers they are all wrongfully detained, and lawyers and relatives of the Citgo 6 have often accused Venezuelan embattled leader Nicolas Maduro of using the group as "pawns" to exert pressure on the US government.

Last month, CNN learned that at least three other US citizens have been detained in Venezuela this year, including a Los Angeles public defender.

In Venezuela, outreach from the US government to negotiate on behalf of American detainees is led by envoy Roger Carstens, who has met Maduro in person during his multiple trips to Caracas. CNN has reached to Carstens' office seeking comments.

In March, he visited Caracas with Amb. James Story, who heads the US Venezuelan Affairs Unit, and regional National Security Council Senior Director Juan Gonzalez -- the high profile visit was the first since diplomatic relations between the two countries broke down in 2019.

Two more trips to Venezuela have since followed.

"You cannot say that [the White House] are not applying pressure: we have had three trips of high-ranking officials so far," said one source involved in negotiations to release US citizens.

"It's not like this has happened before," they said, highlighting the Maduro's unprecedented level of direct communication with Washington. 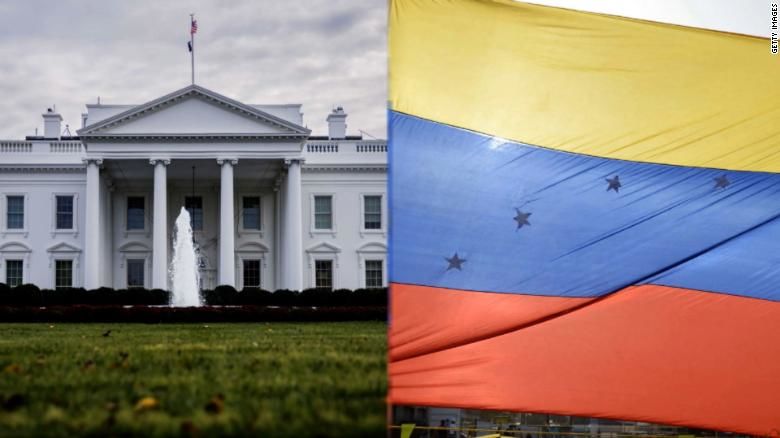 The US does not recognize Maduro's presidency as legitimate.

Some families of the detained US citizens have urged Biden to offer the same kind of swap his administration did for Griner -- a high-profile Venezuelan officials detained in the US, such as Colombian businessman Alex Saab -- whom the Department of Justice labeled a Maduro frontman -- in exchange for the release of their loved ones.

However, a US State department source told CNN a similar deal is not on the cards at the moment.

What Maduro wants is no secret. He has demanded the lifting of oil sanctions, imposed on Venezuela for its anti-democratic record since 2017, in part in exchange for the release of the US detainees.

In June, the US Department of Treasury did allow two European companies, ENI and Repsol, to resume exports from Venezuela, partially in an attempt to lower oil prices that have spiked worldwide as a consequence of the war in Ukraine. Still, the general sanctions on trading Venezuelan oil remain.

And then there's Venezuela's pro-democracy opposition movement, once a priority for the US government.

Talks between Caracas and Washington around the release of the US citizens now overshadow negotiations between Maduro's government and opposition leaders, which began after intense street protests in 2019.

"I think that once Juan Gonzalez and James Story arrived here, Maduro asked himself: 'What can I get out of them directly?'" a well-placed source in the opposition told CNN.

While sources on both sides told CNN that discussions between Maduro and the opposition are ongoing, at this moment there is no clear signal a new round of talks is happening. Gerardo Blyde, the chief negotiator on behalf of the opposition, and Jorge Rodriguez, Maduro's representative, met in Caracas in May with the promise of travelling together to Mexico to resume talks -- but so far nothing has happened. Both the foreign ministry of Norway, which brokered the Venezuelan talks, and the Venezuelan information ministry declined to comment.

All this comes at an excellent time for Maduro, who has enjoyed a bump in popularity as economic conditions improve slightly. Although hampered by US sanctions, the global spike in oil prices has had a positive impact on Venezuela's public finances. And inflation in Venezuela, while still high, is now more in tune with increases in the rest of the world. (For a country used to prices doubling within a month, a 6% monthly inflation rate is almost healthy.)

Venezuela's opposition, while keeping the door open to a new round of negotiations, has already called for primary elections to select a candidate to challenge Maduro in November 2024, when a new presidential election is due to take place.

"Mexico is there, if they want us, we can go," said one opposition source, referring to the negotiation process.

"But we can't put all our eggs in the same basket anymore."