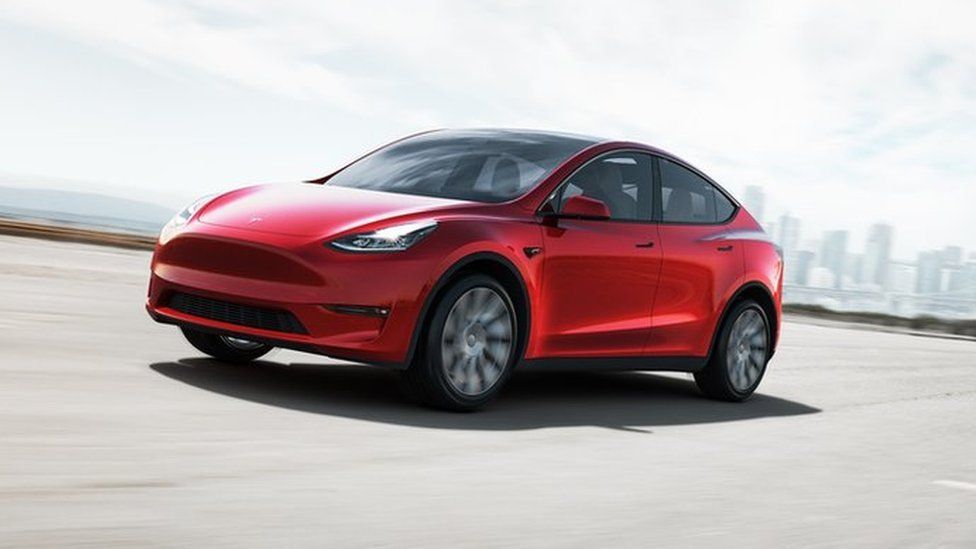 The firm said China remained its main exporting hub and it planned to roll out a different type of battery in its standard vehicles worldwide.

Tesla said it had faced a "variety of challenges" to keep its factories running, which included the global shortage of car microchips, congestion at ports and "rolling blackouts".

There is currently a worldwide shortage of computer chips, also known as semiconductors, which are used in millions of products including cars, washing machines and smartphones.

However, Tesla added it planned to grow its "manufacturing capacity as quickly as possible" and expected to see a 50% rise in car sales annually.

"While Fremont factory produced more cars in the last 12 months than in any other year, we believe there is room for continued improvement. Additionally, we continue to ramp Gigafactory Shanghai and build new capacity in Texas and Berlin," it said.

"The rate of growth will depend on our equipment capacity, operational efficiency and the capacity and stability of the supply chain."

The majority of Tesla's revenue came from the sales of its lower priced Model 3 and Model Y cars, which rose 87% to 232,102.

"This is an impressive set of numbers in the context of the ongoing global chip shortage headwind," she said.

"We believe the more vehicles we have on the road, the more Tesla owners are able to spread the word about the benefits of EVs," it added.