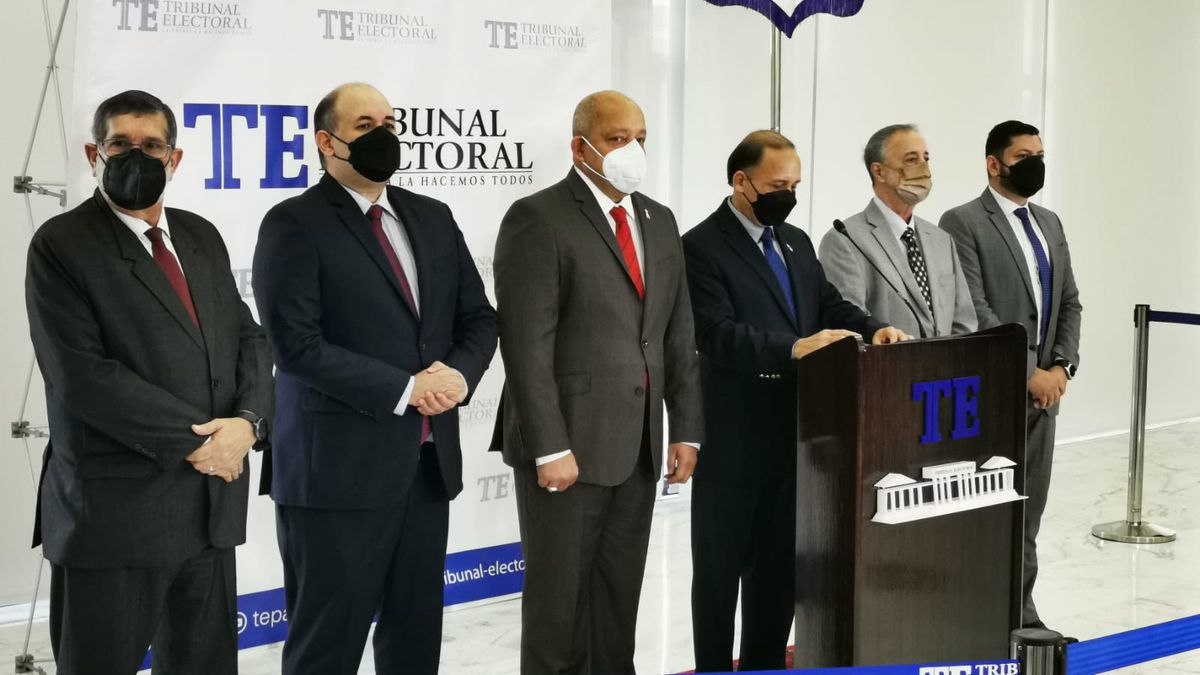 Judge Heriberto Araúz pointed out that communication must be maintained to reach a consensus on electoral reforms.
The magistrates of the Electoral Court of Panama (TE) presented their report this Monday, October 11, after the approval in the first debate of bill 544 that establishes the reforms to the Electoral Code carried out in the Government Commission of the National Assembly, in which they warn that a single setback is maintained in what has already been approved.

"We warn of a single setback with respect to the norm approved already in the first debate ... and it is the one that allows the renewal of party directives when they have been in charge of the directive for two years, this is not allowed in the Code Electoral current and abolishes the power of the Electoral Tribunal to analyze the proposal or the call to an extraordinary convention," said the presiding magistrate of the TE, Heriberto Araúz.

"They can never lose hope that through dialogue we can reach consensus ... perhaps not in everything ... the ideal is that the project that was presented be approved in full, but I doubt that in any legislation in the world this happens "In a rule of law, the institutional framework must be respected, but the progress that we present in this report cannot be undermined, despite the fact that a consensus was not reached on three or four issues," said Araúz.

Regarding the electoral jurisdiction, Araúz added that this does not provide the total impunity that is believed, since in the statistics that the TE has since 1990 it is that of the 32,500 people who have run for political office, the Public Ministry requested the lifting of 1,800 people, of which only 18 were not lifted by the TE for lack of evidence, which proves that in most cases or in 90% it did act.

The magistrate added that the detailed report on the approval of the electoral reforms in the first debate will be seen tomorrow in the country's print media.

For his part, the president of the National Assembly, Crispiano Adames, was satisfied with what was achieved in this first debate and added that with respect to the vote on the plate there is already a ruling of the Supreme Court that supports it, but added that with respect to the residue other options are considered that are used in other legislations of the world and that can be added to the future discussions of these reforms.

Adames called on the public to soak up the reforms that are being made to the Electoral Code through bill 544; and he announced that this Monday the sole text of this initiative will be delivered to the magistrates, unions and the general public so that it is known what will be discussed in the second debate starting this Tuesday afternoon or Wednesday morning.

The President of the Assembly stated that they will have until October 31 to approve this bill as established and added that the four-hour debate contemplated in the Internal Regulations can be extended, so he considers that there is the necessary time for a discussion with poise, debate and height.
Add Comment