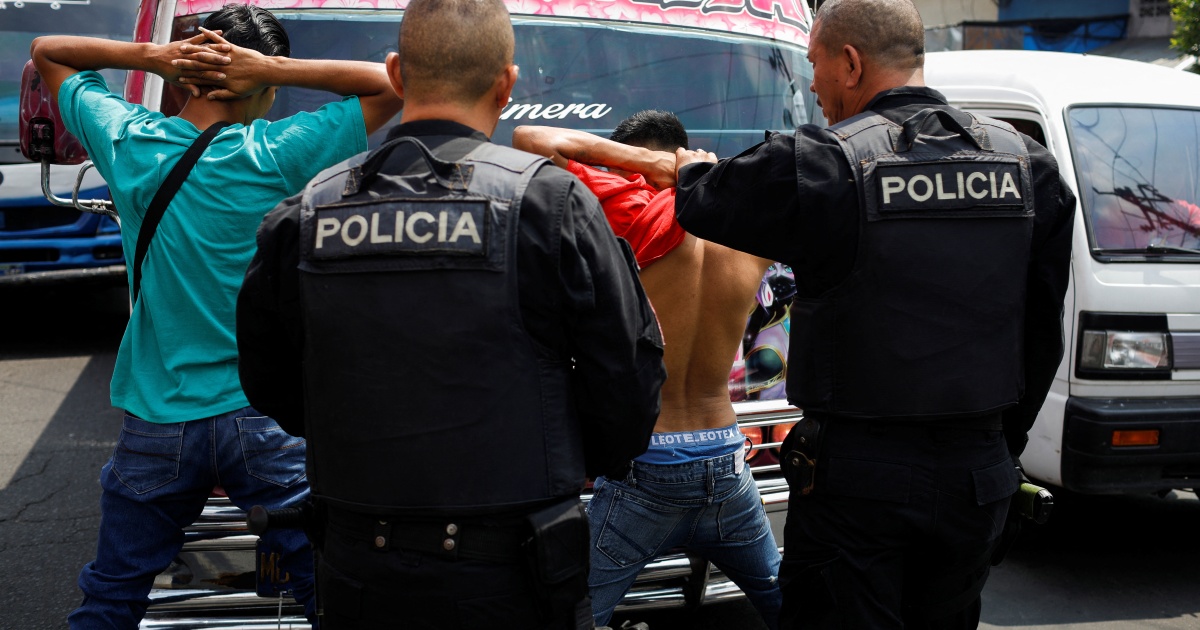 Authorities in El Salvador have arrested more than 10,000 suspected gang members, President Nayib Bukele said, as his government pushes to root out violent crime following a recent uptick in murders.

The country’s congress invoked a state of emergency in late March after 87 people were killed in a single weekend of violence that Bukele’s government blamed on criminal gangs.

Police and military officers have been deployed in large numbers across El Salvador since then. They have detained thousands of people under the emergency measures, which suspend certain civil liberties, including the right to legal counsel and the right to association.

On Tuesday, Bukele noted on Twitter that 10,094 terrorists had been arrested in 17 days and said “We’re continuing the War Against Gangs.”

Rights groups and the office of the United Nations High Commissioner for Human Rights have raised criticism over the wave of arrests and civil rights curbs, urging the Salvadoran authorities to respect international law in their effort to root out gangs.

The two main criminal groups in the country, Mara Salvatrucha – more commonly referred to as MS-13 – and Barrio 18, have an estimated 70,000 members between them, and several thousand are already in Salvadoran prisons.

“Now, we recognise the challenges posed by gang violence in El Salvador and the State’s duty to ensure security and justice. However, it is imperative that this is done in compliance with international human rights law,” Liz Throssell, spokesperson for the UN high commissioner’s office, said in a statement last week.

Members of Bukele’s governing party also recently pushed through substantial increases in prison sentences for gang membership in response to the violence, and criminalised gang-related messages in the media.

Under the new sentencing rules, convicted gang lords can face up to 45 years in jail – up from nine years previously – while other gang members can be sentenced to 20 to 30 years, up from three to five years.

The United States Department of State also has voiced concerns over the new measures, saying restrictions on how media outlets report on gang-related issues could lead to censorship.

“The law lends itself to attempts to censor the media, prevent reporting on corruption and other matters of public interest, and silence critics of the Salvadoran government. Journalists must have the freedom to do their jobs without fear of violence, threats, or unjust detention,” US Secretary of State Antony Blinken said in a statement on Sunday.

Blinken said that while the US supports El Salvador in its fight against gangs, it urges the Salvadoran government “to address this threat while also protecting vital civil liberties, including freedom of the press, due process, and freedom of speech”.

That drew rebuke from Bukele, who tweeted that his government received support from the administration of former US President Donald Trump – but not current President Joe Biden’s administration.

“You are only supporting the gangs and their ‘civil liberties’ now,” Bukele said on Monday.