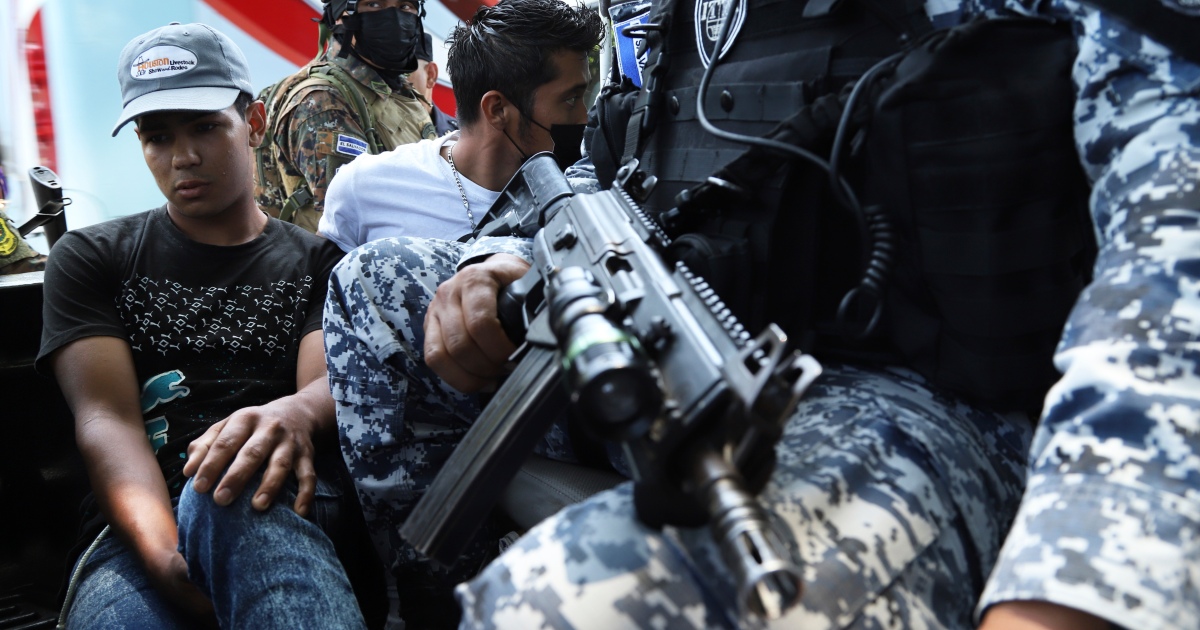 Amid a spike in homicides, President Nayib Bukele declared a state of emergency in March aimed at stemming gang violence.

Five human rights groups in El Salvador have reported that there have been complaints of at least 338 violations of human rights during El Salvador’s crackdown on gang members.

The five organisations said arbitrary arrest was the most frequently cited abuse since the government imposed a state of emergency in late March. Illegal searches of homes, injuries, robbery and the death of a detainee were also among the alleged violations.

The majority of the cases involved young men between the ages of 18 and 30, according to the Cristosal Foundation.

At least 24,000 presumed gang members have been arrested since the government, led by President Nayib Bukele, began the crackdown, according to the groups, but as of May 1, only 10,885 of them have been ordered held pending trial.

Under the original 30-day state of emergency, detainees can be held an additional 15 days beyond previous limits without trial. The decree restricts the right to gather, to be informed of rights and to have access to a lawyer.

In late April, El Salvador’s congress voted to grant a request by Bukele to extend the decree for another 30 days.

Amid the crackdown, police have also reported being forced to meet arrest quotas.

An earlier report by Human Rights Watch and the Cristosal Foundation documented two cases where people died in police custody and found press reports of three other cases.

The gang crackdown has also almost certainly added to dangerous overcrowding in Salvadoran prisons, which were already at 136 percent of capacity in December.

Gang members held at Salvadoran prisons have been put on reduced food rations and denied mattresses.

The emergency decree came after a spate of homicides in late March when gangs were blamed for 62 killings in a single weekend.

Beyond the state of emergency, other measures have heightened concerns over human rights abuses in El Salvador, particular the legislature’s authorisation of prison sentences of 10 to 15 years for news media that reproduces or disseminates messages or certain images related to gangs.