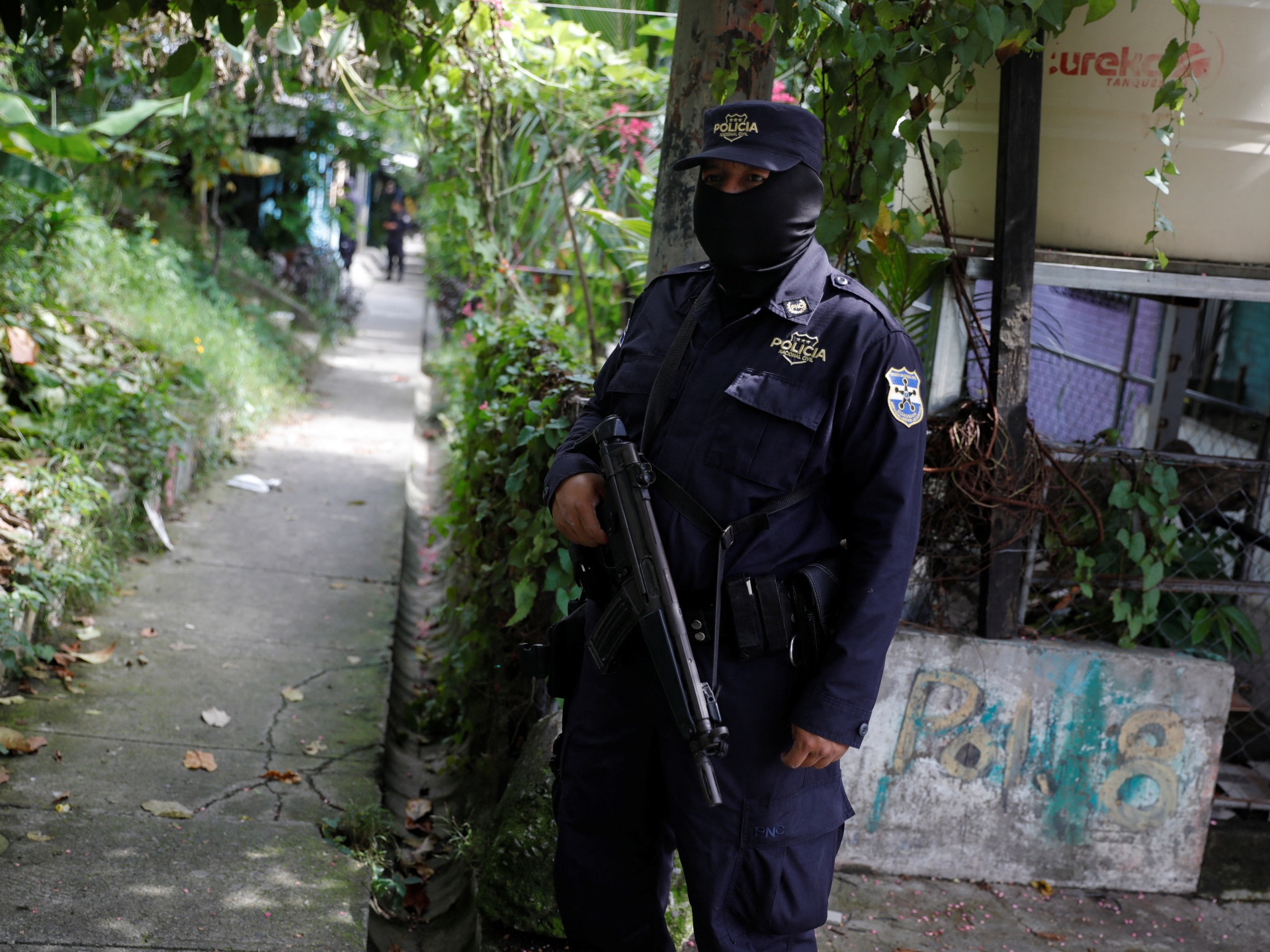 The crackdown continues as parliament extended emergency powers that allow authorities to arrest suspects without warrants.

More than 55,000 suspected gang members have been arrested since President Nayib Bukele declared a so-called “war” on criminal groups seven months ago, the country’s justice minister has said, as the legislative assembly voted in favour of a further extension of a controversial state of emergency.

“There have been more than 55,000 captures” of alleged gang members since March, when the government was handed emergency powers to arrest such suspects without a warrant, justice minister Gustavo Villatoro said on Friday.

His statement comes as the parliament decided to extend in the early hours of Saturday a state of emergency to combat gangs.

Under the emergency measures, civil liberties have been curtailed and police power expanded, triggering alarms from rights groups.

Translation: #Plenaria77 With 67 votes in favour, we extend the #ExceptionRegime to continue the #GangWar and ensure the wellbeing of the population.

“The gang war does not stop, this is a decisive step to gain the peace of mind that was stolen from the people for years and to build El Salvador that we all deserve. We are living true democracy, doing what good Salvadorans demand,” the justice minister said on Twitter following the vote.

The emergency measures restrict free assembly, curtail the right to be informed of the reason for arrest and access to a lawyer, and allow for detention for up to 15 days without charges. Rights groups and residents say the detentions amount to arbitrary arrests, with many targeted based on their appearance or where they live.

In early May, Human Rights Watch and the Cristosal human rights organisation said they had “received credible allegations of dozens of arbitrary arrests, including some that could amount to short-term enforced disappearances, and of two deaths of people in custody”.

Meanwhile, legislation passed since the state of the emergency was first approved includes laws that allow the lengthening of sentences for gang-related crimes and reducing the age of criminal responsibility to 12.

They also include a law that authorises prison sentences of 10 to 15 years for news media that reproduce or disseminate messages from the gangs, a move that rights groups say hinders press freedom and gang-tracking groups.

The arrests come on top of 16,000 that had already been made before the emergency powers were granted. The wave of detentions is unprecedented in the country of 6.5 million people, which has suffered decades of violent crime driven by powerful gangs such as Mara Salvatrucha (MS-13) and Barrio 18.

“We are winning the war (against organised crime) and we will continue to deploy thousands of police and soldiers every day to arrest these terrorists,” Villatoro, the justice minister, said.

To cope with an influx of inmates, El Salvador’s judicial authorities are building a huge prison for 40,000 suspected criminals in Tecoluca, a rural area in the centre of the country.

The jail is expected to be completed by the end of the year.