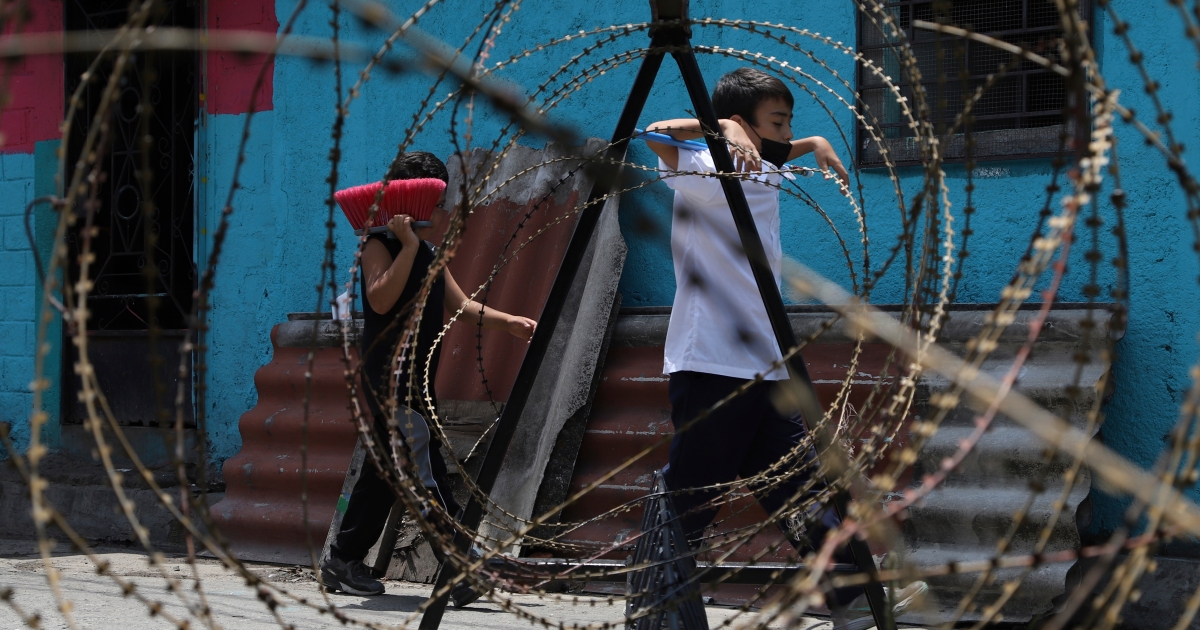 Measures enacted by the government have raised concerns over rights abuses with thousands arrested.

El Salvador has extended the state of emergency imposed last month to crack down on gang violence amid concerns of human rights violations.

Following a request from President Nayib Bukele, the Latin American country’s legislature approved a 30-day extension of the decree, which restricts the right to gather, to be informed of rights upon detention, and access to a lawyer, as well as allows phone calls and emails to be intercepted without a court order.

The measure was initially put in place on March 27 following a particularly violent weekend in which 87 people were killed in gang-related violence in the country of about 6.5 million.

Since imposing the state of emergency, more than 17,000 people have been arrested, raising concerns that innocent people may be swept up in the mass arrests and denied due process.

The new decree said that “security conditions persist which urgently demand the extension … due to the continuation of the circumstances which motivated it.”

The extension will begin on Tuesday once Bukele signs on the legislation.

On Twitter, Bukele called the extension “the definition of democracy”.

Human rights organisations have said the detentions include arbitrary arrests of non-gang members and abuses of authority.

“Over the last 30 days, President Bukele’s government has trampled all over the rights of the Salvadoran people. From legal reforms that flout international standards, to mass arbitrary arrests and the ill treatment of detainees, Salvadoran authorities have created a perfect storm of human rights violations, which is now expected to continue with the extension of the emergency decree,” Erika Guevara-Rosas, Americas director at Amnesty International, said in a statement on Monday.

“We call upon the international community to help avert a nascent human rights crisis in El Salvador, and on authorities in the country to cease abuses and ensure independent investigations into human rights violations that have already occurred,” Guevara-Rosas said.

El Salvador, one of the poorest countries in Latin America, has for years suffered from rampant gang violence, with gangs like Mara Salvatrucha (MS-13) and Barrio 18 controlling large swathes of territory. Their brutality has forced thousands to flee the country.

The state of emergency preceded several other measures Bukele has said are aimed at addressing gang violence, including lengthening sentences and reducing the age of criminal responsibility to 12.

A group of local NGOs also recently challenged as unconstitutional a law that authorises 10- to 15-year prison sentences for any person – including people working with rights groups and news media – reproducing or disseminating gang messages or imagery.

The office for the United Nations High Commissioner for Human Rights has raised concerns about the crackdown, saying in early April that some of those arrested “have reportedly been subjected to cruel, inhuman or degrading treatment”.