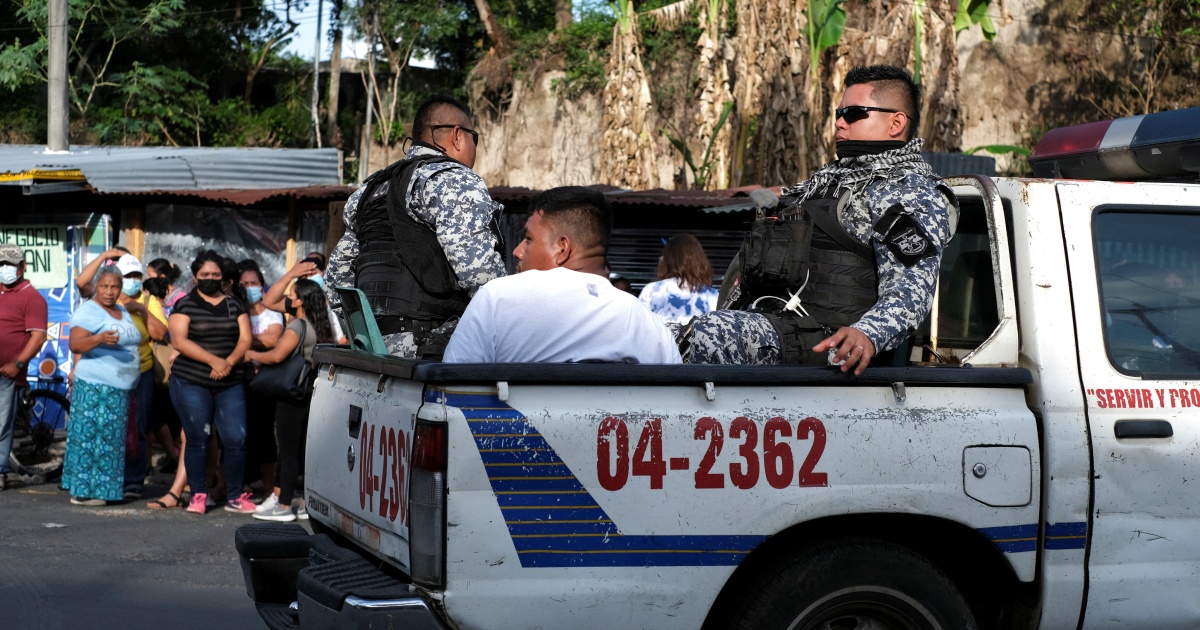 Authorities in El Salvador have committed “massive human rights violations” in a sweeping gang crackdown, Amnesty International has said, including arbitrary arrests, violations of due process, torture and ill-treatment.

In a new investigation released on Thursday, the UK-based rights group said at least 18 people have died in state custody since the administration of President Nayib Bukele in late March declared a state of emergency to stem gang violence.

The figures come from Salvadoran nonprofit organisation Cristosal, which said all those who died had been male. Some died due to lack of timely medical attention and others had shown signs of suffering aggression, such as bruises, it said.

Amnesty also pointed to mass hearings of up to 500 detainees charged at the time. The majority are prosecuted, even in the absence of evidence, according to the report.

“On the pretext of punishing gangs, the Salvadoran authorities are committing widespread and flagrant violations of human rights and criminalizing people living in poverty,” Erika Guevara-Rosas, the rights group’s Americas director, said in a statement.

“Instead of offering an effective response to the dramatic violence caused by gangs and the historic public security challenges facing the country, they are subjecting the Salvadoran people to a tragedy,” Guevara-Rosas said.

Bukele’s government declared a state of emergency on March 27 following a record surge in homicides in the Central American nation.

Rights groups and United Nations experts have slammed the move, which sent troops into the streets and gave security forces powers to arrest people without a warrant, among other curbs to civil liberties.

The emergency measure has been extended twice in Congress, where Bukele’s party holds a majority.

Since it was first invoked, the police and the army have arrested more than 36,000 people accused of belonging to gangs, including 1,190 minors, according to official figures.

Amnesty International and other rights groups are concerned that innocent people are likely being swept up in the raids. Salvadoran families have also said they are getting little to no information about detained loved ones, who they say were rounded up despite having no gang ties.

In its report, Amnesty said the arrests are often arbitrary, and based on people’s appearance, unfounded accusations, being related to a gang member, having a prior criminal record, or living in a gang-controlled neighbourhood.

But despite the criticism, the Salvadoran government has defended its policies. 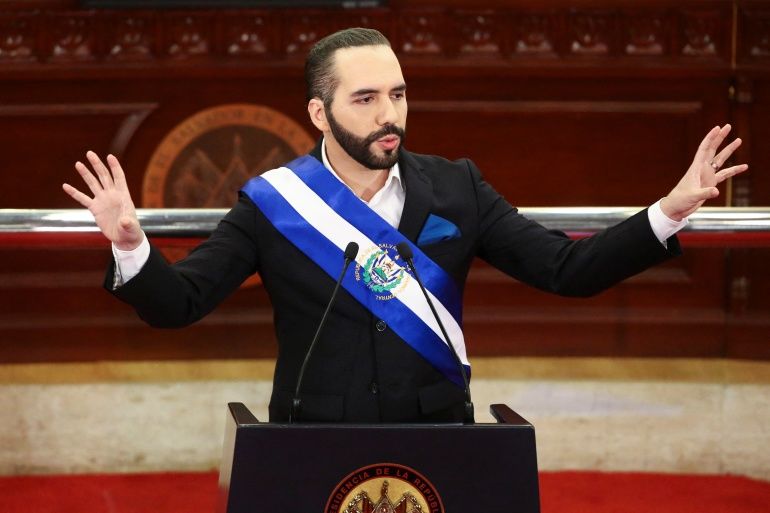 Despite widespread criticism, Bukele has defended his government’s anti-gang campaign

On Wednesday, during a speech marking his third year in office, Bukele said his government was on the verge of “winning the war against the gangs” and questioned the countries and international groups that have accused his administration of abuses of authority and human rights violations.

“Whatever they say, whatever they do, whatever they write, they attack again and again, I tell you: They are not going to stop us. We have God and the Salvadoran people on our side,” Bukele said.

El Salvador’s presidency, the justice and security ministry, the police and the army did not immediately respond to requests for comment from the Reuters news agency about the content of Amnesty’s report.

Gangs thrived during El Salvador’s civil war from 1979 to 1992, then spread throughout Central America and into part of Mexico. The Salvadoran authorities have estimated that there are approximately 70,000 gang members in the country.

On Wednesday, Bukele’s security minister, Gustavo Villatoro, pledged that the government’s “war” on gangs will continue, even though the homicide rate has dropped sharply.

“This war is going to continue for as long as necessary and to the extent that the public continues to demand it,” Villatoro said.

“We are going to continue to confront this cancer, and we have said it before and we stand by it, this war will continue until the gangs are eradicated from the territory of El Salvador.”

Multiple surveys show that 70 percent of Salvadorans support the government’s current measures to reduce gang crime, a problem that has driven thousands of people to leave the country.

The gangs’ power is strongest in El Salvador’s poorest neighbourhoods, where the state has long been absent. They are a drain on the economy, extorting money from even the lowest earners and forcing businesses that cannot or will not pay to close.